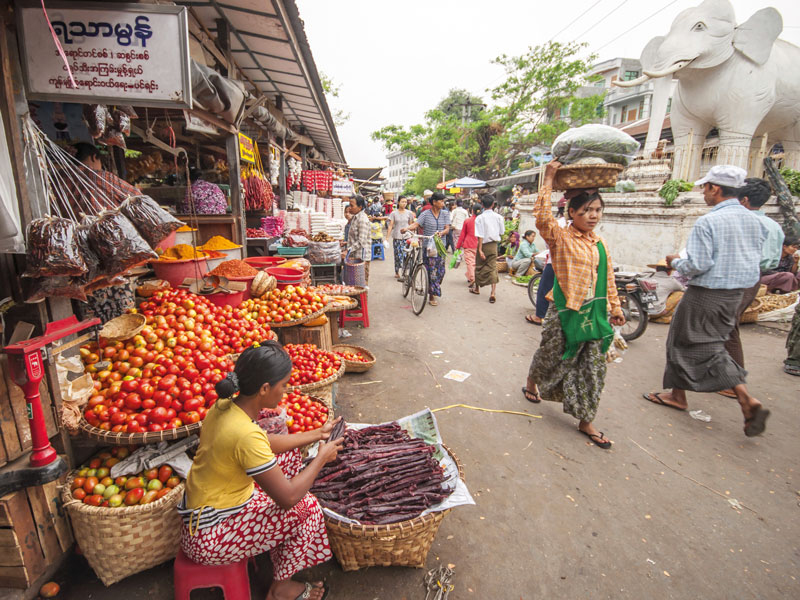 Foreign investment holds enormous potential for women’s empowerment through the creation of formal jobs and business linkages – and this is good for development. But a recent study by the United Nations Conference on Trade and Development (UNCTAD) finds that the operations of multinational companies can also increase women’s vulnerability in the workplace. The World Financial Review quizzes UNCTAD’s Investment and Enterprise Director, James Zhan, who guided the study, about its findings and the policy directions it suggests to guide firms in the right direction. 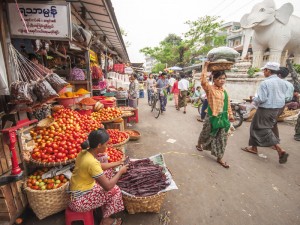 The World Financial Review: Women’s empowerment in the workplace has been a priority for some time already. What are the findings of UNCTAD’s study: are we making any progress?

James Zhan: Despite sustained efforts, women’s participation in the labour market is still limited in many countries and gender disparity often keeps many women trapped in poverty. The gender gap in employment is still as high as 25 percent. Women today represent almost 70 percent of the world’s poor and earn only 10 percent of the world’s income. Prioritising gender equality is therefore a core pillar of development policy.

Well here’s the thing: women are actually powerful drivers for economic growth. They have an intrinsic propensity to invest in their families and improve their environment. According to the UN World Food Programme, women who are employed typically invest 90 percent of their earnings in their families (for example in children’s education), compared to men, who plough only between 30 and 40 percent of earning into their families. Even a humble increase in the opportunities made available to women can lead to significant economic and social benefits. In short: empowering women makes economic sense.

Women are actually powerful drivers for economic growth. They have an intrinsic propensity to invest in their families and improve their environment.
Investment by multinationals has been instrumental in creating job opportunities for women in developing countries, particularly in labour-intensive, largely export-orientated industries. Textiles, garment manufacture, electronics, agriculture, call centres and the hotel, catering and tourism sectors are all traditionally seen as big providers of women’s employment. And what makes the employment created by foreign investors so attractive is that these jobs usually have attached higher wages, greater stability, and the chance to enhance skills and gain access to further career opportunities.

Does this mean that women in developing countries benefit from international investment?

Yes, that is often true, but not always. Sometimes the case is not clear-cut and straightforward. On the whole, women in developing countries tend to be employed in relatively unskilled jobs and are overrepresented in labour-intensive activities and the informal sector. This means that foreign investment, while a boon for job creation, may in fact also hold risks for women workers.

Can you please elaborate on these risks?

Yes, for instance, while formal employment in the garment sector has been positive for many women, it has also made them vulnerable to external shocks and changes in the international environment. This vulnerability is made worse by the poor ability of unskilled workers to relocate elsewhere. Unskilled workers’ jobs are also at risk from technology-related developments. Thus, linked to their employment in low-skilled sectors women employees are more at risk of being marginalised when firms upgrade or when low-cost, labour-intensive industries decline. Recent studies have indeed observed a trend of “defeminisation” in manufacturing employment, even as globalisation continues. This is the case, for instance, in some countries in East and Southeast Asia, where firms have gradually shifted into higher technology sectors, a shift which led to a fall in female employment intensity.

Does this mean that international firms can enhance women’s empowerment by actively supporting the women they employ?

Indeed, but there is more that international firms can do. They have a wider responsibility, both as corporate citizens and – especially – because of the impact they have through their value chains. For instance, the positive employment impact of foreign firms through subcontracting and outsourcing activities can also be significant, although this depends on where the suppliers are positioned in the value chain. The big danger is that market volatility risks tend to be pushed further down the chain, and that means informal workers face less job security and poorer working conditions. Again, the garment industry provides a good example of a sector marked by rapid contracting out and informalisation. Bearing in mind that, in developing countries, the share of women in informal employment tends to be large (in India, the share of women with an informal job in the manufacturing sector for instance is as high as 94 percent), multinationals have to look carefully at the gender-related consequences of the decisions they make.

So informal employment can cause several problems. Still, these women are not directly employed by the companies, which might make it harder for the company to support them. How do you suggest this conundrum be addressed?

You really get results through leveraging influence. So, multinationals, for instance, source inputs and services from networks of suppliers within the value chain, and here they can use their bargaining strength to explicitly require suppliers to adhere to gender equality and women’s empowerment principles within their own businesses, thus changing behaviour across the value chain. In this manner one can even reach arms’ length contractors and the informal sector. Of course governments have a huge role to play in this area by earmarking labour-intensive, export-orientated and highly mobile sectors − where women are often strongly represented in the workforce − and co-opting large investors to promote a gender-inclusive value chain.

You just explained that foreign investment can have positive and negative effects on women’s empowerment. What determines the total impact?

While the benefit of multinational firms’ investment and activities for economic growth is widely acknowledged, such growth on its own is not always enough to promote gender equality. The impact of firms’ activities on women on the whole is more positive where it is accompanied by an expansion in women’s employment and education.

So education is clearly crucial. Can the problem not be solved by governments committing to better and more inclusive educational opportunities for women?

Unfortunately, the solution is not necessarily that simple and, perhaps more pertinently, that easily implementable. Of course access to good education is important but it might not be sufficient. Many other factors are at play. Public actions, social institutions and cultural norms influence access to education for girls, as well as the ability of women to work. Therefore, even when women are well educated in a number of countries, other factors can explain why a rise in women’s education may not be followed by a rise in their participation in the workplace. Patterns of job segregation are sometimes deeply rooted in social structures, which may restrict women’s opportunities for employment, upgrading skills and career progression. And these restrictions can also be reflected in businesses themselves. The positive impact for women from investment is therefore not automatic and requires targeted policies by governments and actions by foreign firms.

The positive impact for women from investment is therefore not automatic and requires targeted policies by governments and actions by foreign firms.

Having these multiple and complex causes for job segregation and the consequential inequality, what can governments do to improve the situation?

At the outset, governments ought to formulate a holistic strategy for gender development that complements their efforts to achieve economic and social development. The strategy should consider how different policy areas impact on each other: for example, how women’s access to education determines their employment opportunities; or how support for women’s health needs directly affects their access to labour markets. Governments can facilitate and protect women’s employment by multinationals, for instance by providing infrastructure and social protection. To support gender inclusive value chains of multinationals, governments can also actively encourage women entrepreneurs, and foster local procurement and linkages programmes.

We have focused mostly on what the public sector can do to improve the impact of private investment. But are there any incentives for private companies to promote women’s empowerment?

To be sure, many corporates, along with international and non-governmental organisations, are promoting the “smart economics” of investing in women and girls. As I mentioned earlier, the economic benefits of investing in women are clear-cut: there is strong evidence of increased productivity and efficiency, and then there is the improved positioning of the next generation. Helping women obtain decent work is no longer seen only as the right thing to do, but also as a way for investors to achieve returns while supporting global development. This means, for instance, non-discrimination in recruitment policies and equality of treatment in the workplace.

Given that it is not only part of corporate social responsibility in many companies, but even profitable to advocate gender equality, do we actually see anything happening?

Yes, funding for projects promoting women’s empowerment has begun to flow from sources other than traditional international development organisations, governments and the human rights community. Many corporations have joined in the fight for gender equality, such as launching large-scale initiatives to raise women’s skills or women’s access to key resources, and set the stage for further contribution from the private sector. While support from traditional sectors continues, the financial resources of the global private sector may be just what is needed to narrow the gender gap further.

James Zhan is director of Investment and Enterprise at UNCTAD and editor-in-chief of the World Investment Report. He also oversees other cutting-edge research undertaken by the Division.