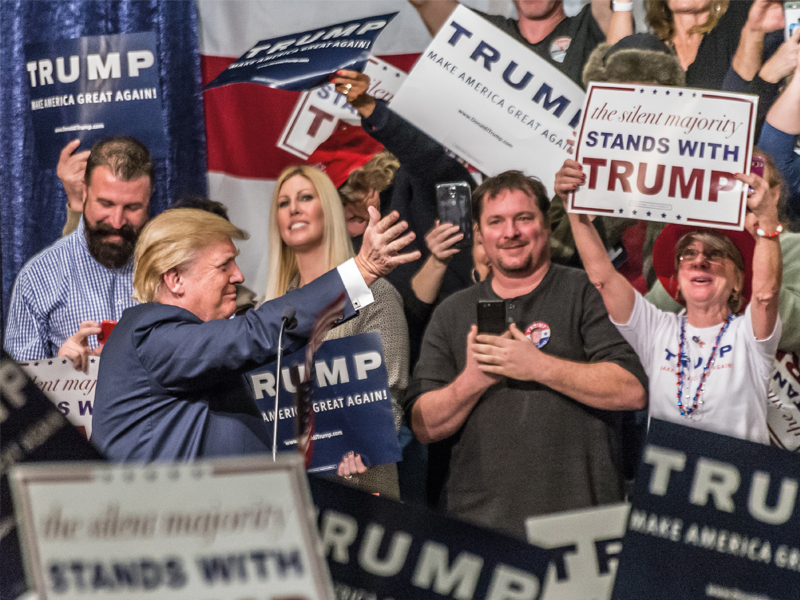 Republicans have had no problem using bigotry, often in subtle ways, to win elections. White supremacy is a well-established part of Republican Party political strategy. Donald Trump is the presidential candidate the Republican Party deserves. After years of stoking the fires of xenophobia, nationalism, and racism, they now have a frontrunner whose only brilliance lies in his ability to seize the populist anxiety Republicans themselves have cultivated.

After decisively losing in 2012 because of their inability to build bridges with people of colour, Republicans were at an impasse. The question was: would they reach out to people of colour and attempt to bring them into the fold… or would they continue their free-market assault and ignore that their voting bloc was shrinking? They choose door number three.

GOP legislators redrew districts across the country in order to marginalise the black vote, and they enacted harsher voter ID laws making it harder for millions of people of colour to cast their votes. The strategy was clear. If Republicans could not win over black and brown voters, they wanted to either keep them from voting or make their vote less impactful.

Lawrence Ware is an Oklahoma State University Division of Institutional Diversity Fellow. He teaches in OSU’s philosophy department and is the Diversity Coordinator for its Ethics Center. A frequent contributor to the publication The Democratic Left and contributing editor of the progressive publication RS: The Religious Left, he has also been a commentator on race and politics for the Huffington Post Live, NPR’s Talk of the Nation, and PRI’s Flashpoint. Contact him: [email protected]