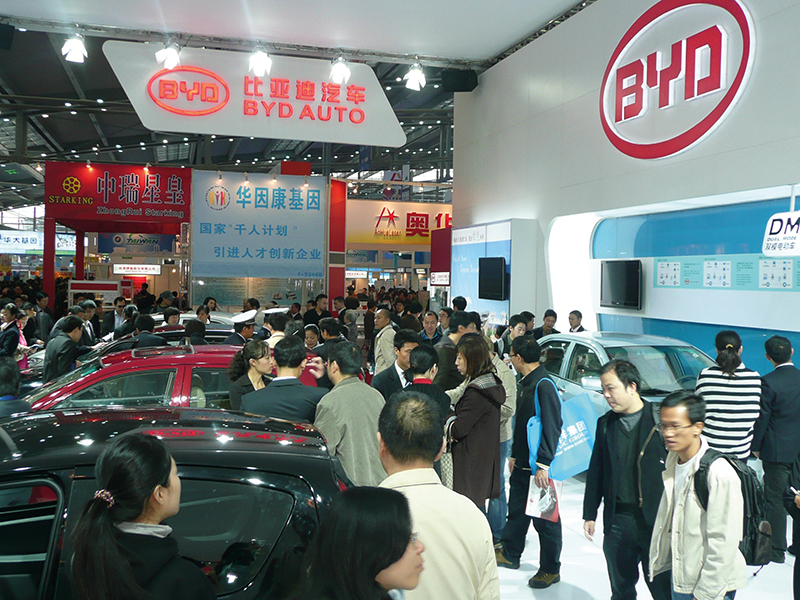 By Taylor Ogan and Xiangming Chen

While the world is focusing on if the Chinese government can be a trusted and reliable leader in dealing with global climate change, a Chinese company – BYD – has been leading the industrial and technological frontier of green energy transportation and contributing to more sustainable urban development in China.

China has been a dominant factor in the global response to climate change as the world’s largest emitter of CO2. China got central attention and much praise at the 2015 United Nations Climate Change Conference held in Paris after President Xi Jinping had pledged to cap its rapidly growing carbon emissions by 2030 when he met with Obama in 2014. China also set an ambitious goal of raising the share of non-fossil fuels in its energy mix from 10% to 20% by 2030.

The success of BYD is a timely case for understanding what can be done to curb massive pollution in China’s major cities.

The success of BYD is a timely case for understanding what can be done to curb massive pollution in China’s major cities. This pollution is producing health hazards, slowing social and economic progress, and sustaining China’s status as the largest global emitter of CO2. Is it possible for one start-up in China with a vision for a sustainable future to help solve these problems? What can we learn from its success that has a positive impact on sustainable cities? Understanding how BYD has done it, in relation to its home city of Shenzhen in southern China, can teach us two important lessons. One is the critical importance of a bold corporate vision and its persistent execution. The other is how the pioneering role of a home-grown company, nurtured by its local government, can improve its urban environment and set it up as a model for other cities.

Taylor Ogan is currently a sophomore at Trinity College, Connecticut, majoring in Urban Studies. His focus is on the implementation and investment of sustainable energy and electric vehicles, specifically in China. He did research in Shenzhen, China in the summer of 2015 supported in part by the Henry Luce Foundation, as well as in New York City, Chicago, and Los Angeles.

Xiangming Chen is the Dean and Director of the Center for Urban and Global Studies and Paul E. Raether Distinguished Professor of Global Urban Studies and Sociology at Trinity College, Connecticut, and a distinguished guest professor at Fudan University, Shanghai. He has published extensively on urbanisation and globalisation with a focus on China and Asia. He is the main author of a dozen China-related articles published in The European Financial Review since 2012.