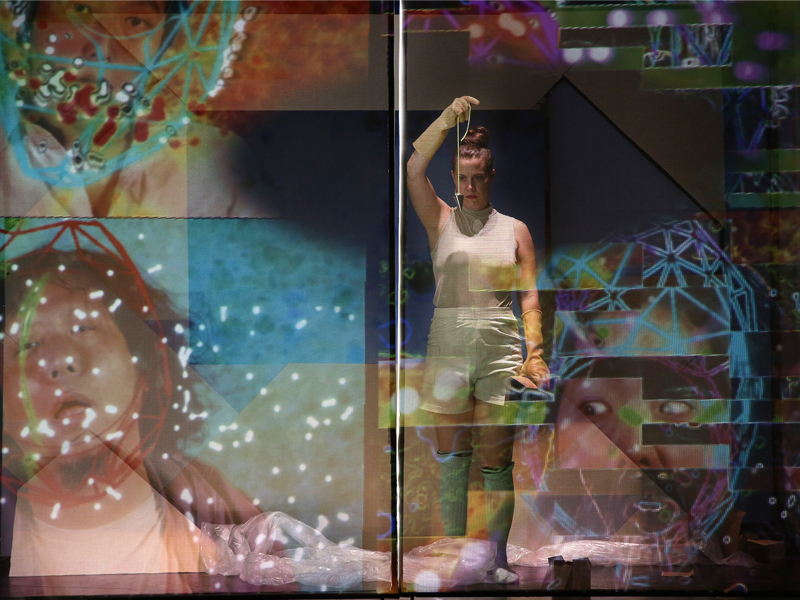 Cinema, the primary vehicle for storytelling in the 20th century, is in the midst of exciting transformation as the tools, practices, venues and viewing habits mutate in new directions. What is cinematic storytelling when it becomes virtual, augmented, generative, live and playable?

In July 2016, a company named Niantic released the Pokémon Go app, which allows people to spot and capture Pokémon characters using their mobile devices aided by augmented reality (AR) technology that appears to layer the creatures over real world locations. The free app quickly achieved more than 500 million downloads and, within two months of its launch, had generated $500 million in revenue. The project is being touted as instrumental in helping familiarise global audiences to augmented reality technologies, paving the way for an influx of other AR experiences in the near future.

During the same first week of September that generated these Pokémon Go statistics, a short virtual reality (VR) experience titled Henry produced by the Oculus Story Studio within the Facebook-owned Oculus VR company earned an Emmy Award for best outstanding original interactive program. Designed specifically to prove that a VR experience can indeed generate powerful character identification and empathy, Henry features a spiky hedgehog as its protagonist, and a single moment of eye-to-eye contact within the space of the story contributes to a sense of emotional connection, despite the fact that viewers have the ability to move around, looking wherever they choose. The short VR experience, and the approval bestowed upon it by the American television industry, plays a role similar to that of Pokémon Go in introducing a gentle, playful story as a means for gaining popular interest in a new technology.

However, July 2016 also marked another type of high-profile media experience when Diamond “Lavish” Reynolds live-streamed to Facebook video footage captured by her phone of the aftermath of the shooting death of her boyfriend, Philando Castile, during a traffic stop. Millions of viewers saw the video – and sadly, viewers all over the world have seen many other portraits of police brutality as well – but the ability to live-stream events as they unfold raises a host of issues, many related to ethics; it also announces yet another permutation in moving image culture in the first two decades of the twenty-first century, one that in its obvious difference from the two entertainment-oriented examples cited here, helps sketch the radical breadth, complexity and rapid transformation of contemporary moving image culture. It is perhaps axiomatic to say it, but what we might cautiously dub “the cinematic” is in the midst of a massive reimagining.

Indeed, for 25 years, cinema, the primary vehicle for visual storytelling in the twentieth century, has been steadily morphing and changing. The shift from celluloid to digital media at the turn of the century marked one tremendous shift; larger social and cultural shifts, and the need for new kinds of stories, mark another. As a result, cinema has been steadily moving well beyond the two-dimensional screen of the movie theatre, television and computer screen. Movies are now produced, distributed and exhibited in new ways. They are experienced and shared differently. They are bigger thanks to larger screens, including IMAX, but also smaller as when viewed on mobile devices. And the terms we use are changing: cinema can now be live, playable, immersive, mobile, ambient, spatialised, volumetric and generative. Understood in its broadest sense, the cinematic now illuminates museums and galleries in the form of large-scale projections and video installations; it appears as integral components of architectural sites and the built environment in the form of urban screens and large-scale data visualisations; moving images are rampant on mobile devices, which may invite gesture as a form of interaction; websites increasingly seek to create new interfaces for storytelling; and even the increasingly sophisticated cut scenes that punctuate video games bring cinematic elements to game consoles as well.

Holly Willis is a Professor in the School of Cinematic Arts at the University of Southern California, where she also serves as the Chair of the Division of Media Arts + Practice. She is the author of Fast Forward: The Future(s) of the Cinematic Arts, recently published by Wallflower Press.