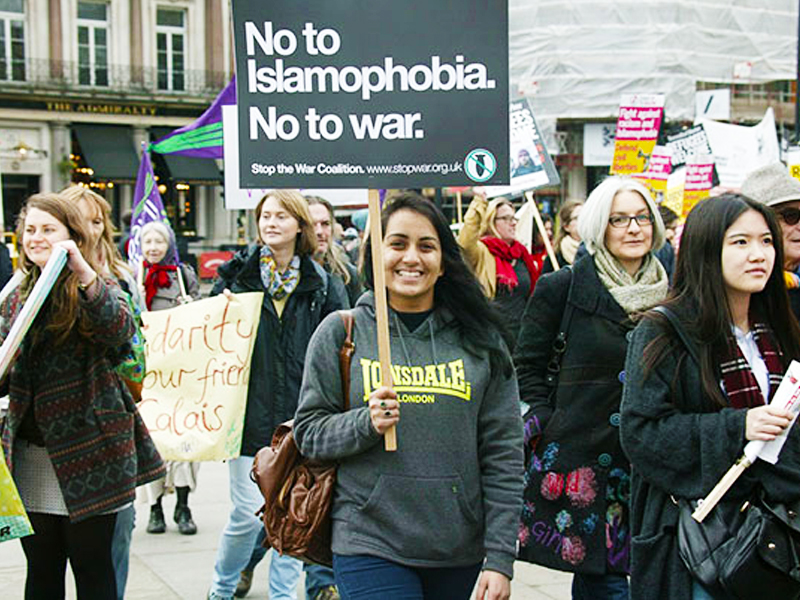 By A. Trevor Thrall and Erik Goepner

The Millennial Generation (those born roughly between 1980 and 1997) is now the largest generation of Americans. More than 75 million strong, Millennials are poised to have a big impact not only on the 2016 elections but also on the future of American leadership in the world. The oldest Millennials, now turning 36, have begun to occupy important leadership positions in the public and private sectors.

Coming of age around the time of the 9/11 attacks, American Millennials have watched the United States engage a tumultuous and violent international arena, often with the use of military force. They have seen their presidents pursue an expansive war on terror, witnessed the Middle East descend into chaos and civil war, and followed the news as Russia and China have flexed their muscles in Ukraine and the South China Sea.

These events have made deep impressions on American Millennials, influencing their attitudes on a host of important issues concerning international affairs. At the same time, of course, young people in other regions of the world have also been shaped by the events of the past fifteen years. How American Millennials decide to engage with their generational counterparts around the world – especially those in the Middle East – will shape international relations for decades to come.

In our recent study, published by the Cato Institute and based on an analysis of a wide range of polling data, we found that Millennials share a distinct set of foreign policy attitudes compared to older Americans. Surprisingly, despite the fact that 9/11 is the defining event of their generation Millennials see the world as a less dangerous place than their elders. Polls reveal that they view even the specific issues of international terrorism and Islamic fundamentalism as less critical threats when compared to other generations. Millennials are also far more averse to the use of military force, more sanguine about the rise of China and waning American hegemony, and more supportive of international collaboration and diplomacy.

To understand why Millennials are different we need to look at the state of the world during their “critical period”, the time from about age 14 to 24 when sociologists argue that people form their lifelong attitudes and worldviews. Unlike their parents and grandparents, Millennials grew up after the Cold War, without the spectre of nuclear holocaust fuelled by a decades-long superpower confrontation. As a result, Millennials view terrorism as a threat, but it does not ignite the same existential fears for younger Americans that the Cold War did for older generations. Thus 9/11 did not spur Millennials to adopt hawkish views about dealing with terrorism that many of their elders have.

Millennials are also twice as likely as the oldest Americans to view diplomacy, rather than military strength, as the best way to ensure peace.

Many people find this millennial attitude shift hard to believe, especially since 9/11 spawned such an intense response from the United States. It is important to remember, however, that many Millennials were simply too young either to remember the events of 9/11 or to process them from an adult perspective. The 9/11 attacks did not have the direct emotional impact on those Millennials that they did for many older Americans. More broadly, the meaning of 9/11 appears to have become entangled with Millennials’ negative views toward the US response to 9/11. A majority of Millennials, like other generations, views the wars in Afghanistan and Iraq as a mistake. But, Millennials are also three times more likely to believe that President Obama’s foreign policy is still too aggressive, and they are the least likely to believe that military force is the best way to solve problems. Polls also show that Millennials are the only generation in which a majority believes that the United States did something to provoke 9/11. Thus, although Millennials certainly view September 11th as evidence that the world can be a dangerous place, they also see it as evidence that aggressive US military action is counterproductive.

A. Trevor Thrall is senior fellow at the Cato Institute and associate professor at the Schar School of Policy and Government at George Mason University. His research explores the intersections of international security, political communication, and public opinion. Thrall holds a PhD in political science from the Massachusetts Institute of Technology.

Erik Goepner is a PhD student in public policy at George Mason University. His research interests include terrorism, trauma, and civil war. His work has appeared in U.S News & World Report, Newsweek, and Parameters. Erik is a retired colonel from the US Air Force, with service in Afghanistan and Iraq.