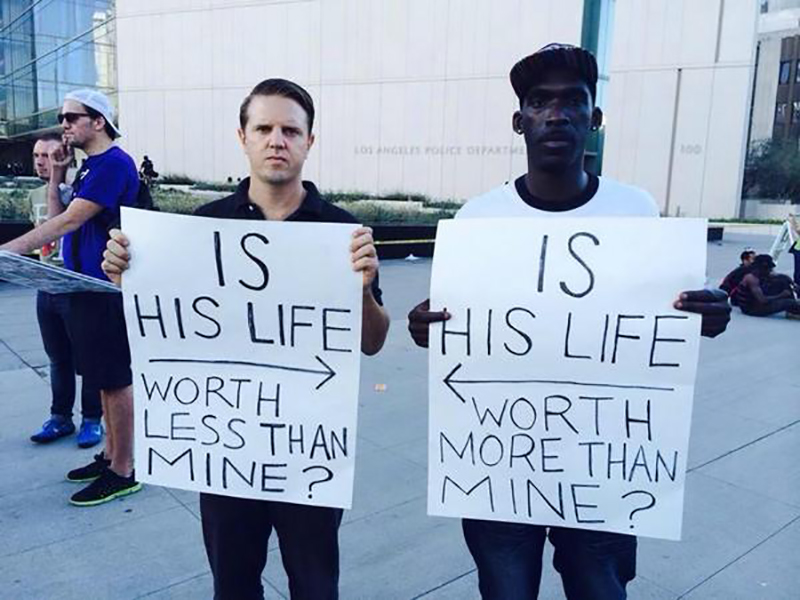 Racism still remains to be a part of white Americans’ subconsciousness. This article discusses the history of racial politics, the persistence of the conception of blackness as a “problem”, and the issue of black labour in America.

“How does it feel to be a problem?” asked W.E.B. DuBois in The Souls of Black Folk (1903) his eloquent meditation on the racial politics of turn of the century America. Answering this question DuBois confessed “I seldom answer a word” evincing the deep sense of alienation or “double consciousness” felt by many blacks struggling with the “sense of always looking at one’s self through the eyes of others”; of being a part, yet separate from the nation.1 This notion of the Negro as “problem” dominated fin de siècle America. Five years later Charlotte Perkins Gilman one of the era’s leading feminist reformers penned an essay entitled “A Suggestion on the Negro Problem” in the prestigious American Journal of Sociology. With a mixture of pity, resignation and no small dose of irritation befitting her status as a middle class white reformer she opined; “He (the Negro) is here; we can’t get rid of him; it is all our fault; he does not suit us as he is; what can we do to improve him?” With the velvet glove of materialism concealing the iron fist of state coercion Gilman disingenuously “suggested” that given the uneven civilisational development of the white and coloured races the state should conscript all those blacks who “fall below a certain grade of citizenship” into a peacetime industrial corps.2 Gilman like many amongst the chattering classes believed that freed from the seemingly protective embrace of slavery the naturally indolent Negro would expire in the brave new world of American industrial capitalism. Industrial conscription – simply slavery by another name – would prove the Negro’s salvation. Gilman’s solution to the so called Negro problem was significant not only for its chilling draconian nature but for its explicit attempt to read race through the era’s other pressing dilemma: the labour problem.

At its heart the labour problem was about the tension between capital and labour; free and unfree labour and the need to reconcile both with the nation’s democratic institutions.

Moreover prevailing notions of “industrial evolution” which posited industry – or lack thereof – as a function of race and civilisational fitness linked race, labour and the working body in the era’s labour economies. For many of the era’s myriad social observers the Labour and Negro (also known as the Race) problem were two sides of the same coin.

Over a century later Gilman’s question haunts us still: What is the role of African Americans in the nation’s past, present and future labour economy and the republican body politic writ large? What is the function of race and racial difference in an ostensibly post-racial neoliberal world? And most importantly what does it mean to continually frame these questions in a “problematic” framework? To conceive of peoples and complex social realities in qualitative and monolithic terms from “black criminals” to the elusive “white working class”: seemingly objective problems in need of ill-defined solutions. Yet asking “what is to be done with or about ___?” revels the vital role the production of difference has had in the making of American capitalism. From a racial perspective delineating which bodies can do which kinds of work has been especially key for modern labour economies predicated on standardisation, efficiency, mass production and the ideal working type. Historically notions of “fit” and “unfit” bodies have coalesced along racial lines with whites generally constituting the former and blacks the latter. From the early 20th century steel industry which consigned black workers to the hottest, dirtiest jobs due to their “tropical disposition”; to Chrysler’s efforts in the 1960s to subject “brutish and disposable” black auto workers to the punishing pace of “niggermation” (whereby one black worker did the work of four whites) to present day efforts to bridge the digital divide in the technology sector, racism has functioned as part of the capitalist labour process not merely as an ideology, but because it shapes the way work is organised and exploited in any given context. Paul Gilroy reminds us “there is no racism in general” only an ideological imperative born of a specific time, place and power structure(s).3 Race and racial identity are therefore best understood as historical imperatives. Though the “need for a Negro” has changed throughout American history the conception of blackness as a “problem”, as inimical or at best incidental to the nation’s labour economy persists.

Paul R.D. Lawrie received his PhD from the University of Toronto and is an Associate Professor of History at the University of Winnipeg. His first book Forging a Laboring Race: The African American Worker in the Progressive Imagination was published by NYU Press in 2016.