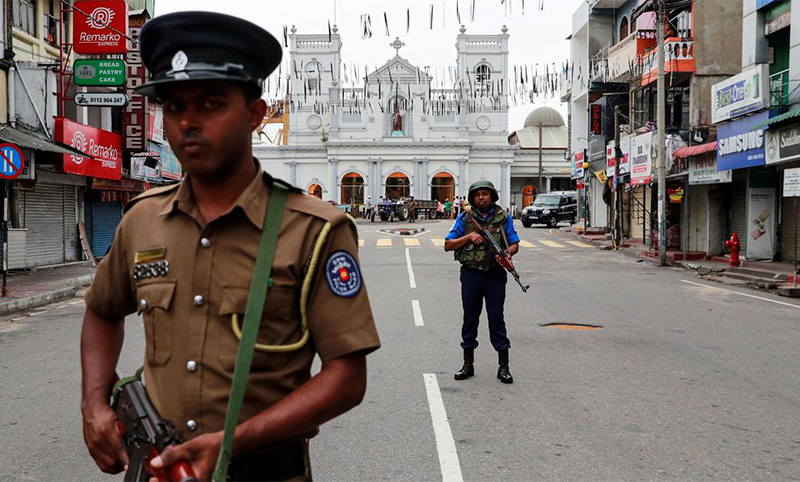 Sri Lanka, Easter Sunday, 21 April 2019: More than half a dozen bomb blasts shook the country killing from 250 to more than 350 people. Depending on who counts, the death toll varies. The devastation took place in several Catholic churches and luxury hotels. Other explosions, including from – what they say – are suicide bombers, have since killed another several dozens of people. Many are children, women – christen worshippers. Why the luxury hotels? Western (Christian) tourists?

Yesterday, another explosion ripped through a suspicious building, killing 18, including children and women. Again, they, the ‘authorities’, say suicide bombers, who didn’t want their ‘cache’ to be discovered. Conveniently they are all dead – the “suicide bombers”. Nobody can ask them any questions.

There was a lot of confusion, and still is, all through Sri Lanka. Nobody claimed credit for the massacres. There were rumours that Sri Lanka’s President received warnings ahead of the attacks from foreign intelligence, but ignored them. The President denies these allegations. And the explosions continue.

Finally, the verdict is in. The culprits are an Islamic terrorist group, associated with ISIS. What else is new.