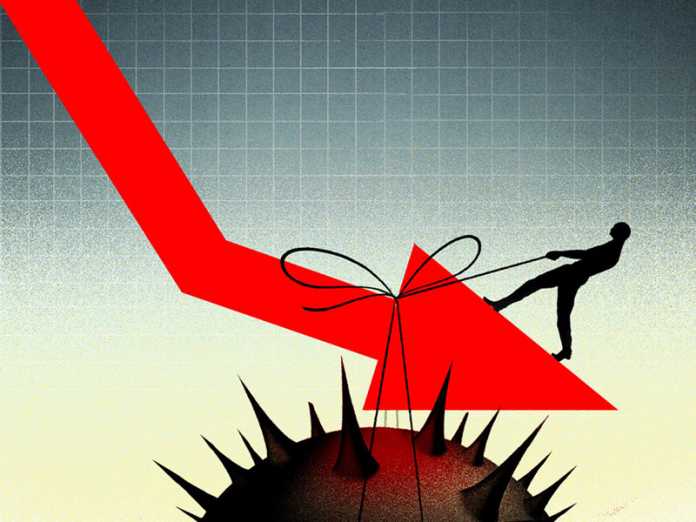 By Chan Kung and Wei Hongxu

In many ways, COVID-19 has had a huge impact on the world. Under the presence of increased global trade frictions and the unfolding of anti-globalization, countries are beginning to see large changes in their economy and society, with the impact of the pandemic exceeding that of other general infectious diseases. The havoc that it wreaked and the prevention-control efforts made towards the global economy will go down as one of the most historical moments in life, with many believing that the damage caused to be comparable to that of the Great Depression. It not only disrupted economic growth, but posed numerous long-term effects to global trade, finance, and industrial chains too.

The question is, how does the economic depression affect the world? ANBOUND’s chief researcher Chan Kung believes the main structural impact lies in the financial sector. In order to cope with the pandemic, major global economies have adopted unique policies, some even with unlimited easing means to stimulate the financial market and real economy to cope with COVID-19 on many levels. That said, the financial market itself has experienced numerous violent fluctuations as the pandemic spread. Stock markets saw never-before-seen declines with abysmal rate of recovery and these changes accelerate the global monetary environment’s evolution and the laws of financial markets.

The question is, how does the economic depression affect the world? ANBOUND’s chief researcher Chan Kung believes the main structural impact lies in the financial sector.

On one end, the series of derivative impacts of the pandemic has caused the real economy and financial system to become more independent of each other. When the pandemic triggered a large-scale economic contraction and an “economic depression”, the divergence between financial markets and the real economy became more apparent too. International organizations including the IMF and the World Bank, official agencies of the U.S. National Bureau of Economic Research (NBER), the Federal Reserve, and other major research institutions and investment banks worldwide believe the world is now in a state of “economic depression”, and warns that the full extent of the economic downturn’s effects have yet to be realized. Ironically though, the financial market, backed by sky-high liquidity, has moved to a “bull market” amidst the depression following its fall in March, while Wall Street stock markets have experienced a surge in record as well. This reflects the increasing divergence between the financial system and the real economy after the 2008 financial crisis. The super loose monetary environment has pushed asset price bubbles up and formed a relatively independent self-circulation, while the financial system gains more significance in the economy.

On the other, policy influence on the financial market has become greater, and conversely, the market’s own regulatory role will become weaker as the central bank enters the market. Currently, central banks in various countries purchase assets in the financial market on the grounds of promoting “monetary easing”, which has the effect of easing the liquidity crisis and prevent the financial market from collapsing. However, with the market value dwindling and the mentality of survival of the fittest no longer favored, financial market participants will seek out new asset valuation, pricing models, and new asset allocation tools. Specifically, the rise of the stock market has clearly departed from the past value theory, and it is more of a post-excess liquidity bubble. The reason for that is not the way assets are priced, but that the “asset shortages” supported by endless funding sources has stirred an imbalance between supply and demand. Funding support are reliant on having more needs, while price is a tool for capital allocation, yet it is only a classification tool for stock assets. The market does not look at the performance of listed companies, but rather the momentum. If any, during a time of crisis, the bull market is proof of an economic depression.

The world’s monetary system based on sovereign credit has changed, and the central bank’s monetary policy will slowly become ineffective in the future.

The pandemic has caused the current global monetary system to experience topsy-turvy changes. The negative interest rate or zero interest rate monetary environment brought by the super easing policy has been further “popularized”, and its long-term effect on the economy has become more unpredictable. Both Fed Chairman Jerome Powell and the People’s Bank of China Governor Yi Gang said the stimulus plan always has an “exit” problem, but the current monetary easing exit is becoming more of a challenge, although one might argue that “borrowing to repay” is completely justified. Countries around the world, including the United States, have yet to find an answer to the “exit”. The “living within one’s means” financial theory has given way to “soft currency economics.” The world’s monetary system based on sovereign credit has changed, and the central bank’s monetary policy will slowly become ineffective in the future.

The practice of stimulus policies in countries in a pandemic-affected world shows the credit and monetary system that supports the global economy is facing theoretical and practical challenges. Unorthodox monetary theories are becoming a norm. The relationship between debt, deficit, and inflation has seen many unique changes, making traditional monetary and financial theories increasingly difficult to explain and be applied. The soft currency economics represented by modern currency theory is not a mainstream currency theory, and is even considered by many economists to be a “heresy.” However, the current pandemic has produced large amounts of money, which is equivalent to locking in reality. Central banks everywhere have adopted more realistic policy choices, provided they can stabilize the market.

All in all, it can be surmised that the impact of the pandemic is concentrated in the financial sector. It has not only changed the financial market itself, but the monetary and financial theory system too. Therefore, the structural impact caused by COVID-19 and future finance are no longer as we know it.

The changes caused by COVID-19 towards the global economy and society possess structural and long-term characteristics, and it is mainly centered in the financial sector. Such “virtual” economic field is not only growing in size, it is also changing the very foundation and internal laws as we know it, no thanks to the pandemic.

Wei Hongxu, graduated from the School of Mathematics of Peking University with a Ph.D. in Economics from the University of Birmingham, UK in 2010 and is a researcher at Anbound Consulting, an independent think tank with headquarters in Beijing. Established in 1993, Anbound