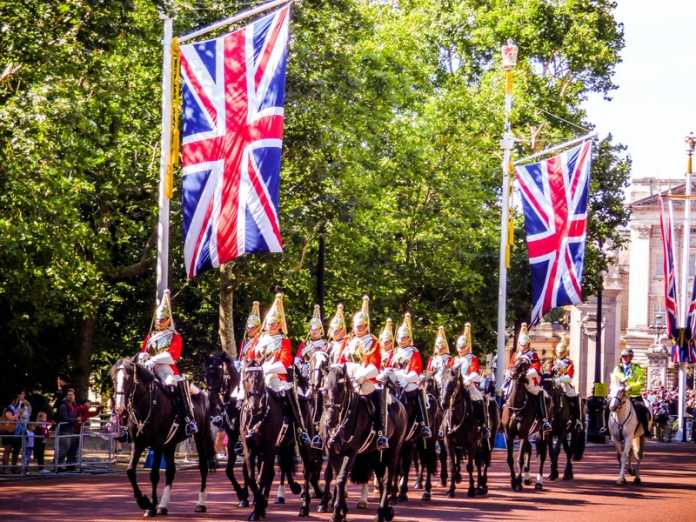 The scene looks like true fascism out of Hitler’s playbook of the 1930’s.

Tens of thousands of people demonstrated on Saturday 26 September in London’s Trafalgar square and Hyde Park against Britain’s restrictive and oppressive covid measures. In the Hyde Park’s World-famous Speaker’s Corner, where such historic figures as Karl Marx, Vladimir Lenin and George Orwell used to demonstrate Free Speech, was yesterday, 26 September, Dr. Heiko Schöning from Germany. He is the founder of Doctors for Truth in Germany and Co-founder of the German Extra-Parliamentary Commission for (Covid) Investigation.

In a brief 3-minute speech, he spoke Truth to Power, about the covid-lie and what it did to humanity and to the global economy. He spoke to a journalist, when he was suddenly arrested by police, handcuffed, pushed into a police car and driven to Wandsworth Custody Center, were he was detained for 22 hours, simply for telling the truth about covid-19. See and listen for yourself https://youtu.be/cisHqWf83G4.

Today, 27 September Dr. Schöning was released and cheered by the public outside the police station. He briefly spoke to the people who received him, saying the police confiscated his cell phone, his computer and a book, called Corona False Alarm, by Dr. Karina Reiss and Dr. Sucharit Bhakdi, both renown German scientists. Dr Bhakdi is microbiologist and epidemiologist for infectious diseases, and Dr. Reiss is professor and researcher at the Christian-Albrechts-University in Kiel. The book is already a bestseller in Germany and its English translation may follow a similar success path, worldwide.

When he spoke in front of the police station, Dr. Schöning called upon the people to stand up for their rights. To fight on. To resist. He reminded people of a huge peaceful anti-covid measures and anti-oppression demonstration that will take place on 10 October 2020 (10-10-20) in Berlin, where they expect hundreds of thousands of people, like was the case in the peaceful protests on 1 August and 29 August 2020. He invited all to come to Berlin and participate, mentioning also that Robert Kennedy Jr. was with him on stage on 29 August in Berlin. See short video https://m.facebook.com/story.php?story_fbid=10158585667921136&id=743751135.

Switzerland
Almost simultaneously, in its last September session, the Swiss Parliament extended the covid-19 State of Emergency until 31 December 2021, granting the Swiss Federal Council (Executive) extra-Constitutional Powers. The date can of course be extended, should the Parliament decide so. What is most striking, within that law, consisting of 21 Articles and countless sub-sections, is that the Federal Government is authorized to impose on the Swiss citizens the vaccine that modifies the human genome, i.e. the Moderna (Bill Gates) vaccine, of which already close to 5 million doses have been ordered, according to earlier Swiss news reports. It could be applied under an accelerated approval procedure – whatever that means. It is known that the vaccine has so far only been tested on 45 healthy volunteers, all of whom had devastating side effects that required hospitalization. Another test-round with 600 healthy volunteers is foreseen to start shortly.

You should be aware that this vaccine changes your DNA forever. If something goes wrong, it cannot be “corrected” or healed. It may create a permanent defect that might also be passed on to your children and children’s children. Even if nothing goes “wrong”, you are no longer yourself, as your DNA has been changed permanently.

A people’s referendum against this law is being launched on 6 October 2020.

Swiss citizens, and citizens of the world: Beware of the Moderna vaccine – and of any other vaccine – there will be more – that are changing your DNA!
This is to make you aware of the great potential dangers of covid vaccines. If you want to go ahead and want to be vaccinated, it is your choice. But you should be aware of the risk.

Peter Koenig is an economist and geopolitical analyst. He is also a water resources and environmental specialist. He worked for over 30 years with the World Bank and the World Health Organization around the world in the fields of environment and water. He lectures at universities in the US, Europe and South America. He writes regularly for online journals such as Global Research; ICH; New Eastern Outlook (NEO) and more. He is the author of Implosion – An Economic Thriller about War, Environmental Destruction and Corporate Greed – fiction based on facts and on 30 years of World Bank experience around the globe. He is also a co-author of The World Order and Revolution! – Essays from the Resistance. Peter Koenig is a Research Associate of the Centre for Research on Globalization.