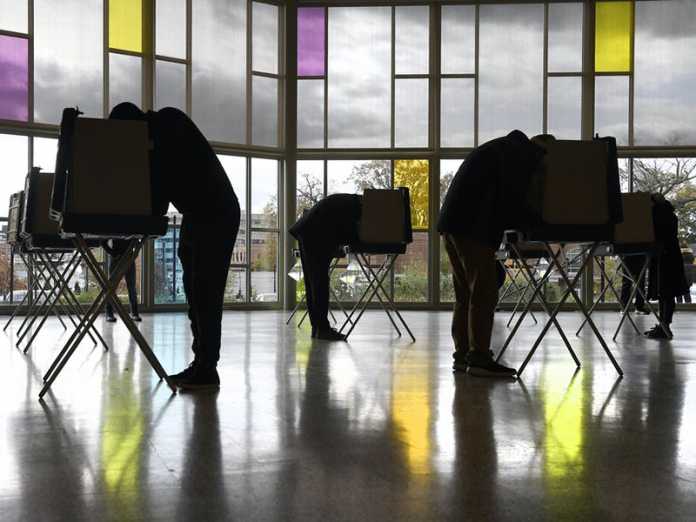 With millions of votes yet to be counted and the election far from being decided, President Trump falsely claimed victory and called for a halt to vote-counting. His rival, Joe Biden, meanwhile, vowed that every ballot would be counted.

Such moments of political drama could have some of us grasping for religious imagery and language. Indeed, one protester at a post-election rally in Missouri was quoted putting the fight over votes in explicitly sacred terms: “Votes are the host, they are a holy item right.”

It echoes the language of politicians themselves. A month before the Nov. 4 election, a Democratic congressman called Trump “a threat to our sacred democracy.” And Vice President Mike Pence used explicitly religious language in his speech at the Republican National Convention in August.

This election is “a time of testing,” he said. Blending images of the flag over Fort Henry with a biblical passage from Saint Paul’s Epistle to the Hebrews, Pence continued: “So let’s run the race marked out for us. Let’s fix our eyes on Old Glory and all she represents… And let’s fix our eyes on the author and perfecter of our faith and our freedom.”

At one level, the use of such religious language makes sense. Nations are, like religions, institutions. Also like religions, they are held together by rituals. A nation coming together to vote may feel a bit like a faith community gathering for worship, especially given that many places of worship double as voting stations.

However, in my research in Christian theology, I have found that the analogy between political and religious activity has important limits.

To understand why, it is worth looking to one of the most influential Christian thinkers on the boundary between the political and the sacred, the 13th-century theologian Thomas Aquinas. 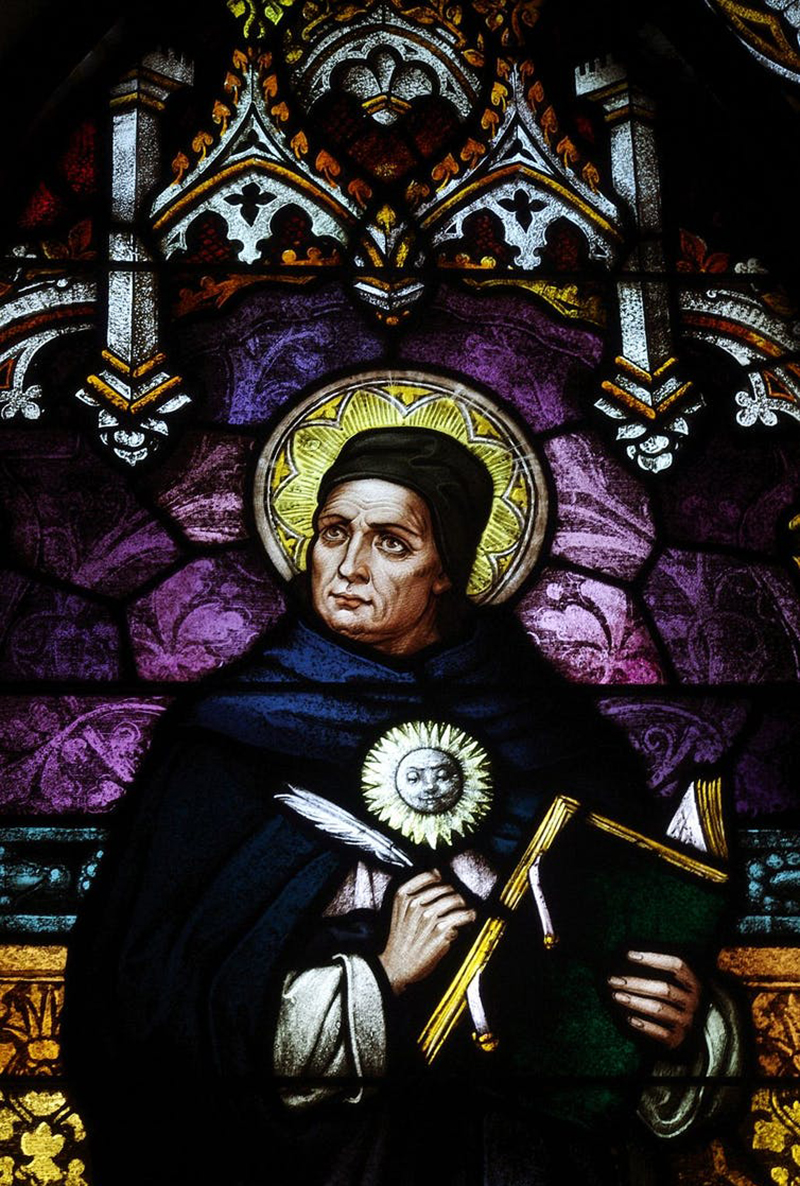 Politics, in Aquinas’ reading, is defined as the way humans organize their common pursuit of a good life, a life formed by virtues like courage. If we could all be courageous together, we would be well on our way to being good citizens.

Putting these virtues into practice is challenging, though, and Aquinas says it will involve “some kind of training.” Eventually, individuals might live courageously because they want to live in a society where courage is a commonly held to be good.

In the meantime, though, a society needs “training” through laws, proper enforcement and appropriate judicial intervention, so that it can regulate at least a minimal measure of virtue.

Aquinas suspected that some blend of monarchy, aristocracy and democracy was the best path to this common good: Such a state could have a unified voice, a counsel of trusted sages and the voice of the people to hold both accountable.

However, political virtue will always involve the possibility of coercion for those who fail to practice it. Most recently, we see this in the activation of the National Guard to help ensure safe and fair voting procedures throughout the states.

This is appropriate, on Aquinas’ terms. When the common good is under threat, “civic virtue comes armed,” as American theologian Stanley Hauerwas puts it in his interpretation of Aquinas.

Though politics relies on virtue, this does not make it religious.

To be religious is, according to an ancient definition Aquinas first finds in the Roman Statesman Cicero, to give special attention, or to “read again”: re-legere in Latin. This suggests to Aquinas that religious understanding is acquired through rereading the world, taking in how situations exist “in relation to God.”

The virtues and teachings that surround this reorientation are ones that Aquinas calls “sacred teaching.” They are “learned through revelation” and “accepted by faith.” This does not mean that religion should reject reason, since for Aquinas religious thought uses reason to explore sacred revelations.

The religious learner needs some distance from what theologian Stanley Hauerwas calls the “armed” practices of the political institutions, so that they turn to the world again to see it in sacred ways.

In other words, a state needs a police force so it can protect vulnerable people from failures of virtue. But sacred practices like worship and prayer require the opposite: a freedom from state coercion, so that people can practice religion without that religion being legally enforced.

My research into Reformation-era England offers an example of this. An edict by the queen gave her the authority to prosecute people for not attending Sunday worship. Many found this coercive measure to cast a shadow over the authenticity of that worship itself.

This is not to suggest that the religious and the political ought to be completely isolated realms of life. Aquinas argues that a just society, ordered by laws which ensure that everyone can be given what is due to them, will also allow for the “special honor” that “is due to God as the first principle of all things.”

Aquinas thinks then that this second reading – religion – is a necessary component of the common good. A good government will allow for people to pursue the sacred. It it will not, though, confuse its own potentially coercive virtues with those sacred practices. 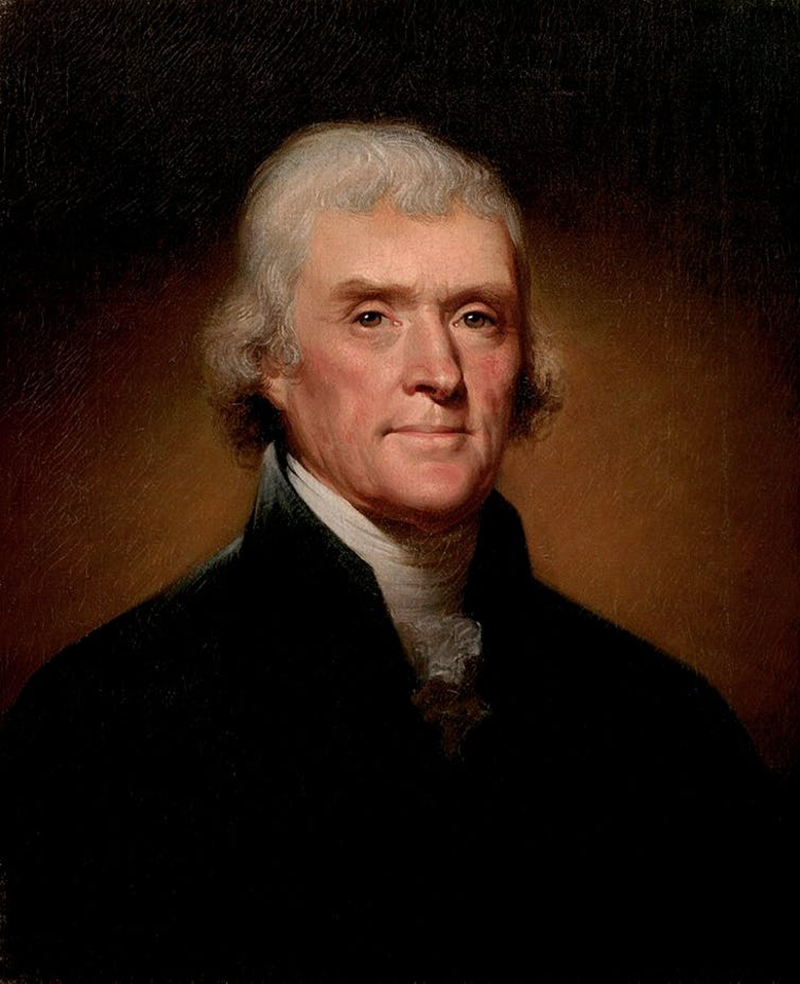 When seeking his own high-stakes language to describe the rights that the American colonies were willing to fight for, Founding Father Thomas Jefferson wrote, “we hold these truths to be sacred and undeniable.” It was Benjamin Franklin’s pen that gave the phrase its more economic and agnostic tilt: not sacred, but “self-evident.”

Franklin, Aquinas would have said, hit closer to home, though perhaps for reasons outside the founder’s purview. Neither political rituals nor the values they instill are sacred, even if they can hold the space for practices that are.

The counting of votes is a cornerstone of modern democracy and hearing a president call for a halt to the count is a disorienting moment that could leave many scrambling for the right adjective. According to Aquinas, however, “sacred” is not the right one.

Anthony D. Baker is Professor of Systematic Theology, Seminary of the Southwest.