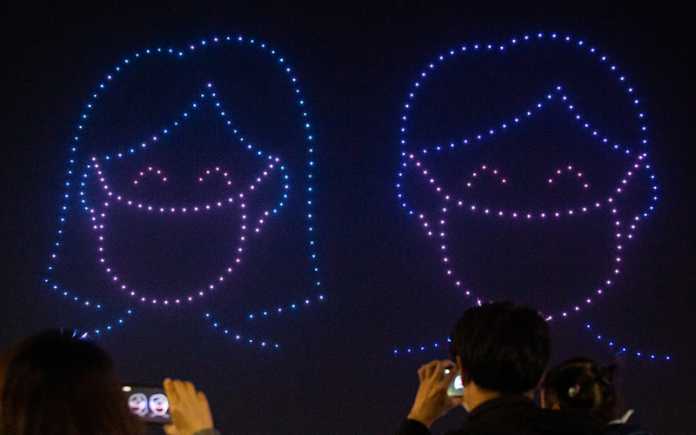 As the northern hemisphere moves into winter, coronavirus rates are rising in parts of Europe and the USA. Experts are warning of a long winter ahead as COVID-19 and influenza put the squeeze on hospitals and other healthcare facilities. In response to the threat presented by the second wave, European countries and many US states have instituted population lockdowns that involve varying restrictions on movement, meeting people, work, schooling, shopping, hospitality and entertainment.

We have seen from the first wave that, when instigated at scale, these measures can shrink the epidemic but at a tremendous cost to society and economic life. When applied for a long time such as in Melbourne, Australia, which locked down for nearly four months, the number of cases can be reduced to close to zero with rigorous wearing of masks, night-time curfews, closed schools, strict travel restrictions and heavy policing.

But is there another way? Ten months into the pandemic, what have we learned and what other measures do we have in our collective toolkit?

China, having controlled the first wave of the epidemic and with fewer than 100 reported cases per day, now use a mass testing strategy whenever a new cluster appears. This was successfully conducted in Wuhan (a city of 11 million) in May, and the cities of Qingdao and Kashgar in October.

This has been carried out efficiently using PCR (polymerase chain reaction) testing of batches of five to ten samples at a time, then going back to test individual samples if a batch tests positive. The rationale for this approach is to find people who did not know they were infected so they can be advised to isolate and therefore reduce transmission. 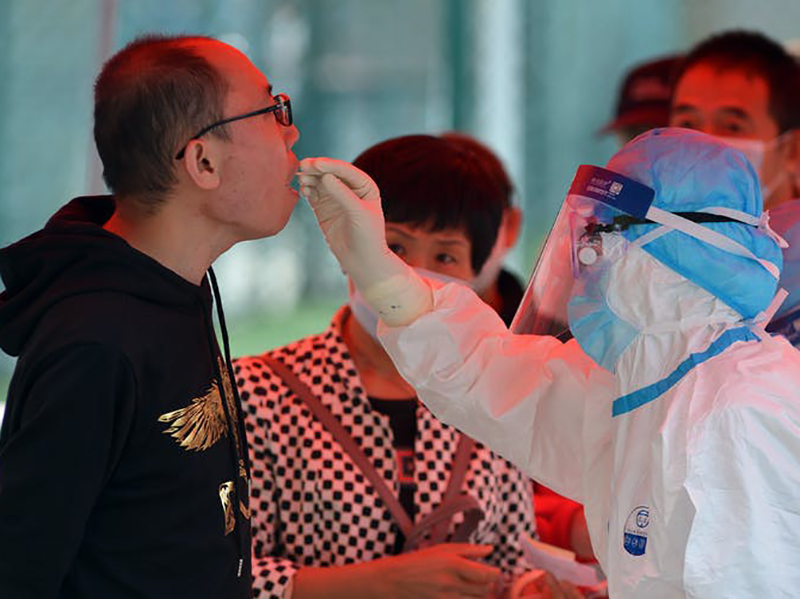 Chinese authorities have also acted with speed to protect a population that remembers the SARS outbreak and hence takes control of an epidemic seriously, showing high levels of compliance with public health measures. People are willing to wear masks and accept other interventions are part of a commitment to the greater good at the expense of individual freedoms. This is accompanied by strict enforcement from the government which has at times deployed drones using loudspeakers to rebuke citizens who are not following the rules.

In Europe, Slovakia instituted mass testing of their entire population of 4 million over two weekends during October and November. About 95% of the targeted population has now been reached and tested, with 38,000 positive cases being asked to go home and self-isolate. This represents a 1% positivity rate. This is an expected rate for a European country’s population at present. Slovakia also used rapid antigen testing, which despite having a variable false negative rate depending on who does the tests and in what setting, can give results within 30 minutes, is cheaper than PCR, and can be done without the need for a specialised laboratory.

The World Health Organization has supported the development and facilitated access to affordable rapid tests, at less than US$5 per test, particularly for low and middle-income countries.

Rapid tests have been trialled in other part of Europe, for example in Liverpool in the UK. In cases where there is a dedicated test site and trained personnel, these tests returned positive results for 76.8% of true infections, and returned negative results for 99.6% of people who did not have COVID-19.

The implications of this are that if there is a general positivity rate of 2.2% in the local population, as suggested by the most recent surveys, for every 1,000 people tested, 17 will be identified correctly as infected and advised to self-isolate, five uninfected people will be incorrectly identified as infected and unnecessarily advised to self-isolate and four who are infected will be incorrectly identified as uninfected. Since those four people will probably have low viral loads, they may not be very infectious.

The upshot is that if people take up testing and follow the advice (which is not guaranteed) this approach has the potential to reduce transmission and hence new infections by at least 50% in the short term.

Vietnam has used aggressive contact tracing since the start of its epidemic, and there are currently less than 100 reported cases per day in the country, and no recent deaths. Anyone who is infected is hospitalised, which helps to enforce isolation, while contacts are isolated at home with the immediate neighbourhood placed under a local lockdown. There has been clear communication and the issue is seen as non-political and a matter of public health.

South Korea, meanwhile, has used retrospective contact tracing to investigate outbreaks and understand where transmission is occurring. As a result many bars, night clubs, karaoke bars and places of worship have been closed.

Taiwan, where there have been no reported deaths since May, has probably the most effective testing and tracing programme. Cases are followed up twice daily by telephone, text messages or home visits to reinforce the self-isolation message, and to offer support, which can include meal and grocery delivery. Contact tracing is highly effective, identifying on average 20-30 contacts per case. 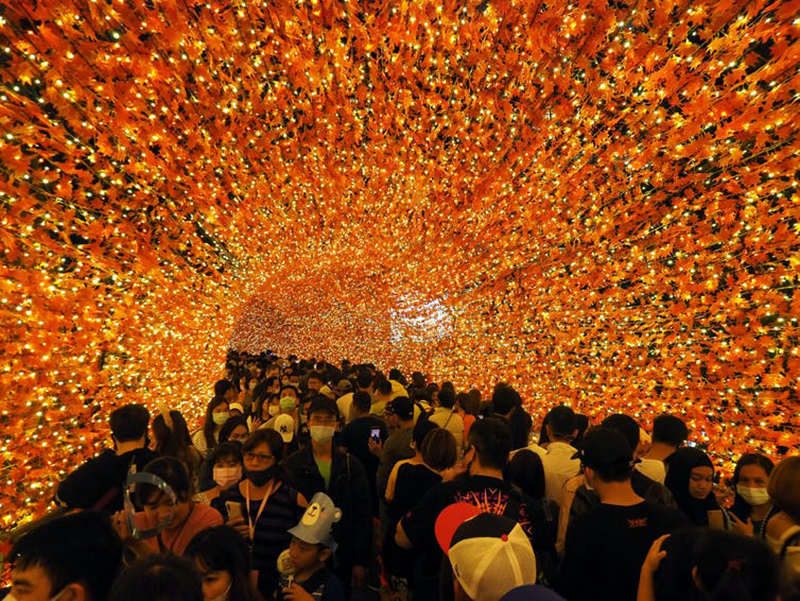 Crucially, contact tracing only works if it’s done properly. The World Health Organization stresses the importance of not just identifying cases, but following them up and giving support. They estimate that on average each case needs three days of work from the testing and tracing team. Clearly, this can only be feasible if the number of daily cases is brought down to manageable numbers, which is not the case in many European countries, nor in parts of the US.

Unfortunately, with case numbers as high as they are in these places, the best approach for western countries getting through the winter seems to be to continue to use national or local lockdowns. But these should be combined with new tools, including mass testing, to bring down the number of new infections so that effective case detection and contact tracing with local follow-up and support can control continuing chains of transmission.

Of course, the success of all these measures will depend on understanding, trust and participation from all population groups.

This piece has been updated to correct an error that was introduced in the editing process relating to the positivity and negativity rates of COVID-19 tests in Liverpool.

Jimmy Whitworth is a Professor of International Public Health, London School of Hygiene & Tropical Medicine. He is a physician, qualifying from Liverpool University in 1979, and specialises in infectious diseases, epidemiology and public health. Previous roles include working in The Gambia for Save the Children Fund, and in Bo, Sierra Leone for the Medical Research Council, where he worked on ivermectin for onchocerciasis from 1986-1990. He was Team Leader for the Medical Research Council Programme on AIDS, based at the Uganda Virus Research Institute in Entebbe, from 1995 until 2002. Jimmy has been an academic staff member at both the Liverpool School of Tropical Medicine and the London School of Hygiene and Tropical Medicine, where he was Professor of International Public Health from 1999-2004.

Previously Jimmy was Head of International Activities (2004-2013), and Population Health (2013-2015), at the Wellcome Trust where he was responsible for strategy, policy and developing the scientific portfolio for research on population science and public health research in the UK and in low and middle income countries.

He returned to LSHTM in 2015 and worked to create the UK Public Health Rapid Support Team, which is funded by the UK Government. He stepped down as the deputy director in 2019.

Jimmy is a member of the Scientific Advisory Committee for WHO’s R&D Blueprint for Action to Prevent Epidemics, a committee member of the Global Co-ordination Mechanism for R&D, a Trustee for the Royal Society for Tropical Medicine and Hygiene and DTM&H examiner for the Royal College of Physicians. He chairs the Scientific Advisory Group for Research for Health in Humanitarian Crises (R2HC) and is chair of the Ebola Biobank Governance Group for Public Health England.