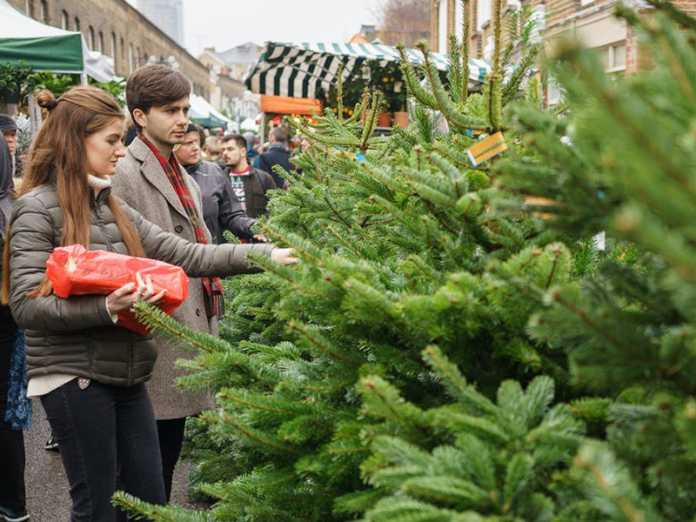 There’s no way around the fact that Christmas has a large carbon footprint, from the travelling we do to the presents we give and the large amounts of food we eat. But it is possible to at least reduce the negative impacts. With climate change and carbon dioxide levels now major sources of concern, surely it is time to see what can be done to be friendlier to the environment, and the Christmas tree is a good place to start.

As editor of an academic journal on arboriculture – the cultivation of trees – this is something I know a bit about. There are various aspects to assess: how the trees are grown, how many years they are used for, and how they are disposed of or recycled. For artificial trees, we also need to consider what they are made of and how and where they are manufactured.

For real trees, there is a question of where they comes from and how they were grown. Sourcing your tree locally will cut down on transportation costs and emissions and support local jobs too. Habitat may be another issue, since trees grown on moors, heaths, and peat bogs are hugely damaging with massive losses of peat-carbon and biodiversity, and increased downstream flooding. It’s better to instead choose trees grown on arable fields or “improved” grassland of little ecological interest.

Don’t worry about the emissions

When buying a Christmas tree, people may worry about carbon dioxide released back into the atmosphere when it is cut down and then, once used, disposed of. But there are issues and complications with this. Yes, you are cutting down a young tree which will either be thinned from a plantation of larger trees or be part of a single-aged crop all cut down at the same time. In the first instance, the loss of your tree will make no difference whatsoever to the carbon balance of the plantation since the other trees nearby will grow in compensation because competition for light and nutrients is reduced.

Even when a tree has been harvested as part of a single-aged crop, a proportion of its organic matter (and carbon) will remain as the dead root material and fallen leaves to be reincorporated into the soil’s carbon-bank. And if you recycle the tree after use as woodchip, then all that material is returned to the soil as well, and only a small proportion will return immediately to the atmosphere.

If you burn the old tree, then clearly both carbon dioxide and other pollutants go immediately into the air. However, even in this scenario, your tree can only return to the atmosphere the carbon which it took out in the first place – so there is zero net carbon loss. Our real concerns for carbon release are from burning of fossil fuels from below ground, and from damage to long-term carbon storage in peat bogs and fens. Disposal at landfill is much more damaging than incineration. 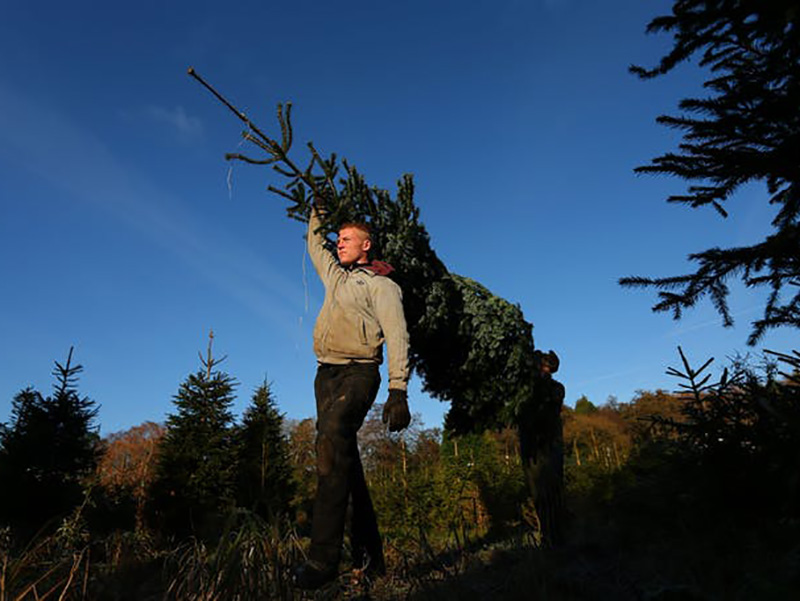 There is not much to choose between the different species of Christmas tree, at least in terms of carbon impact. There are issues, though, in terms of how trees are grown and particularly the use of pesticides in their cultivation, and potential damage to precious wildlife habitats. A recent example is the damage wrought to a peat bog in Cumbria by inappropriate planting of conifer trees.

An artificial tree, on the other hand, can have a relatively significant carbon footprint depending on what it is made from, and most of all, how many years it remains in service. Spread over ten years, the impact is negligible, but if it has been manufactured abroad, then the immediate carbon footprint is considerable.

How to reduce your tree’s footprint:

Any “consumption” of goods has environmental impacts, but that is an unavoidable part of life. Christmas trees provide lots of pleasure for many people – just try to boost the good aspects and avoid or minimise the bad ones.

Professor Ian D. Rotherham is a Professor of Environmental Geography and Reader in Tourism and Environmental Change, Sheffield Hallam University.He researches environmental, historical and tourism issues around the world, and chairs national and international meetings and committees. Along with his core ecological research, his pioneering work on the perceptions and history of alien and exotic species has been widely acclaimed. His research on landscape history has led to a ground breaking handbook on ancient woodland heritage, and a series of books on wetland loss and the history of peat and peat cutting. He has written and edited around 40 books, and over 500 academic papers and articles, edits the Arboricultural Journal, and writes widely for the popular media.