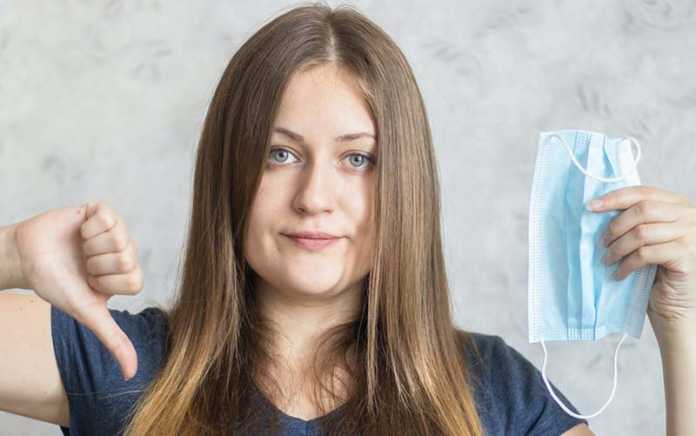 While the world is eagerly waiting for COVID-19 vaccines to bring an end to the pandemic, wearing a mask to help prevent viral transmission has become more or less mandatory globally. Though many people embrace mask wearing and adhere to public health advice, some rebel and argue that wearing a mask has been imposed upon them against their will.

With mask wearing and social distancing, it’s down to the individual to decide whether or not to comply, yet what influences compliance isn’t straightforward. Demographic factors such as income level, political affiliation and gender have all been associated with whether people choose to wear a mask and socially distance.

However, psychology can go some way to explaining why behavioural differences occur. Past research has shown that psychological factors such as an individual’s perception of risk and tendency towards risky behaviour influence adherence to health behaviours. This is now being seen in the current pandemic.

One preprint study (yet to be peer reviewed) has shown that a greater propensity for risky decision-making goes hand in hand with being less likely to appropriately wear a mask or maintain social distancing. In another piece of research, perceptions of the risk of COVID-19 are cited as a driver of whether people decide to socially distance.

And there may also be a further psychological explanation: the phenomenon of “psychological reactance”. This is where people vehemently believe they have freedom to behave how they wish, and experience negative emotions when this freedom is threatened, and so become motivated to reinstate it. 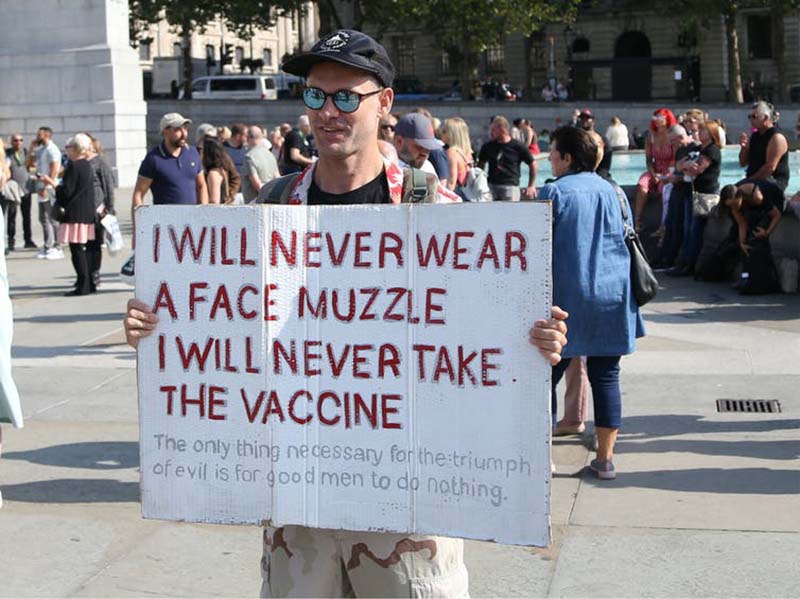 This means that when told to wear a mask and socially distance, some people may perceive their behavioural freedom to be under threat. Anger and other negative emotions then follow. To reduce these uncomfortable feelings, these individuals may then attempt to restore their freedom by not complying with the advice.

The potential problem of psychological reactance has been discussed since early on in the pandemic, and is now being investigated specifically regarding masks.

How to encourage mask wearing

Just as psychology can help explain why people may reject masks, it can also offer guidance on how to get people to accept them. A variety of techniques from social psychology can be used to persuade people to comply with health advice such as mask wearing, social distancing and self-isolating.

One key persuasion method is portraying consensus. When you show people that an attitude is shared (or not) by others, they are more likely to adopt it. Seeing someone wearing a mask makes it more likely that others will do the same. Persuasion strategies could therefore focus on making sure that people perceive mask wearing as widespread – perhaps by depicting it frequently in the media or by making it mandatory in certain places.

We also know from previous studies that people are more likely to comply with public health guidelines if they are clear, precise, simple and consistent – and if they trust the source from which they come.

But the effectiveness of these sorts of “one-size-fits-all” approaches to persuasion and behavioural change are likely to be limited. Initial findings in the area of personalised persuasion suggest it might be more effective to try bespoke approaches for people, based on combinations of their key characteristics (their “psychographic profiles”).

For example, in a recent piece of non-COVID research we identified three main personality profiles. Those who are more shy, socially inhibited and anxious tend to report being more likely to be persuaded by those in authority, whereas those who are more self-oriented and manipulative tend to feel the opposite; they report being less likely to be influenced by authority figures. 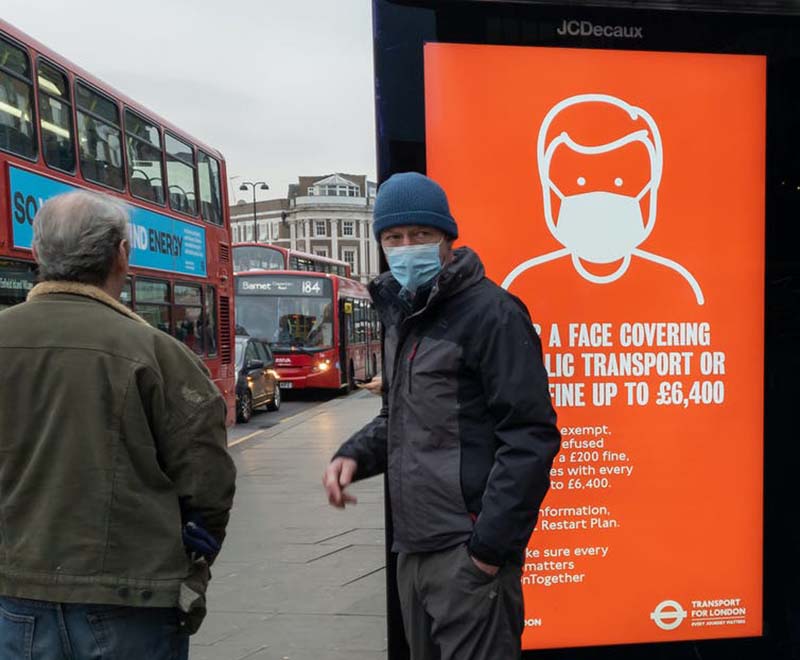 Moreover, those in the third group – who are agreeable, extroverted and conscientious – report being more likely to be persuaded to do something if it is consistent with what they have done before, and less likely if it requires them to change their position. This means if they have decided in the past that wearing masks is a bad thing, they’re more likely to resist any subsequent efforts to make them wear one.

A recent article concluded that shouting at people to wear masks won’t help, and this research into personalised persuasion backs this up. Only those in the shy and anxious group would be likely to respond well to such a direct and heavy-handed tactic. A far better strategy would be to try an empathetic approach that seeks to understand the varying motivations of different groups of people – including whether there is psychological reactance at play – and then tailor messages to individuals accordingly.

Helen Wall is a Senior Lecturer in Psychology, Edge Hill University.Her research interests include: positive personalised persuasion; behaviour change and wellbeing; behavioural and linguistic indicators of personality and perceptions of personality; personality assessment in the virtual world; questionnaire development; and the ‘accuracy’ of initial personality judgments across contexts.

Derek Larkin is a Senior Lecturer in Psychology, Edge Hill University.His research interests include: the psychological implications of living with and beyond cancer; exploring survivorship in young and adolescent cancer patients; and investigating fear of falling in obese individuals, and nutritional knowledge, and its impact of weight control.