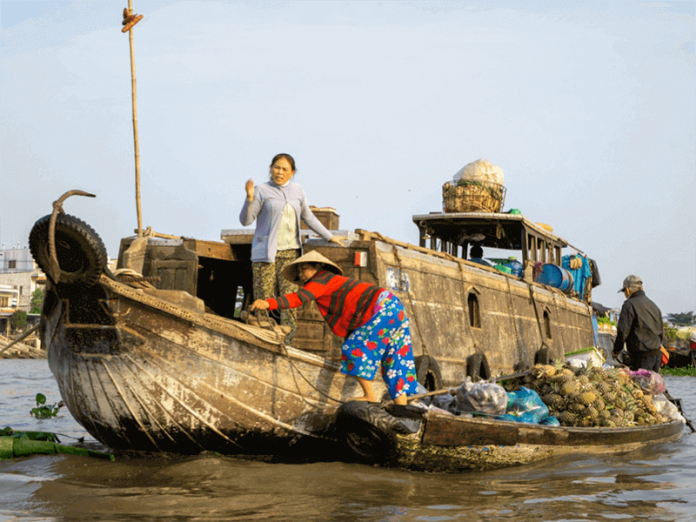 Providing affordable financial services to women in Asia is an indispensable requirement to the economic empowerment of women in the region. The adoption of an inclusive financial model for women in Asia will not only be in favour of the female gender but will also bolster entrepreneurial activity, promote shared prosperity and alleviate extreme poverty and inequality in Asia. A significant proportion of women in Asia experience disproportionate exposure to poverty, mainly as a result of unequal access to economic resources and job opportunities. This perennial condition has led to many women relying heavily on their husbands for their upkeep. Bridging Asia’s financial inclusion gender gap is critical for harnessing women’s economic empowerment as access to bespoke financial services facilitates business transactions, access to credit, savings and insurance, which are vital to economic empowerment.

A report from the Innovations for Poverty Action (IPA) reveals the impact of strengthening access to finance for women in Nepal; the findings of the study which focussed on ascertaining the effect of offering easily accessible and no-fee accounts to female heads of households living in slums indicate that 84% of women in this treatment group opened an account with 80% of these women making at least two deposits in the first year.

Households with accounts were more protected in managing health shocks as they only experienced a smaller drop in income than households without accounts.

Despite the remarkable progress some countries in Asia are making to close the gender gap in financial inclusion, women are still less likely than men to own an account at a financial institution in some subregions. The disparity in access to finance between men and women is more pronounced in South Asia. Highlights from the Global Findex Database published by the World Bank in 2017, indicates that in South Asian countries such as Bangladesh, Pakistan and India the gap between the percentage of men and women owning an account is about 30%. The dynamics of the gender gap for financial inclusion is quite different in other parts of Asia such as Central Asia and Southeast Asia.

Data on financial inclusion from countries such as Indonesia, the Philippines, Kazakhstan, Mongolia and the Lao People’s Democratic Republic suggest that women are more likely to own accounts than men. For other countries in the two subregions such as Kyrgyz Republic, Thailand and Vietnam the gender gap for financial inclusion between men and women appears to be narrow as compared to other countries in Asia. Improving access to finance for women in Asia could facilitate investments in female-owned small and medium-sized enterprises (SMEs), health, education, agriculture and other businesses; this is necessary in managing financial emergencies such as job loss and crop failure that have the tendency of pushing families into destitution.

Other factors such as insufficient documents to open a bank account, mindset and attitude towards financial institutions are constraining women’s access to financial services.

In recent years, a significant percentage of women in Asia have gained access to financial services but the gender gap persists. There are many factors that impede financial inclusion for women in the region. For instance, a large share of women in most countries in the region, specifically South Asia, are occupied with complicated roles in their households that do not allow them to prioritise opening an account or managing their finances at a financial institution. This is peculiar to women living in rural areas who in most cases will have to cover long distances to access financial services from a traditional bank. Other factors such as insufficient documents to open a bank account, mindset and attitude towards financial institutions are constraining women’s access to financial services.

Lack of formal financial history deprives women of accessing affordable credit and contributes to the exclusion of women from formal financial systems. In China, MyBank, a subsidiary of the Ant Group and the country’s first digital bank, provides micro-online loans to the underserved population by using alternative credit risk assessment practices that limit the use of collateral in lending. These digital financial products enable women in rural areas to gain access to credit and also build their credit history which will enable them to borrow larger amounts in the future. Women’s economic empowerment programmes in Asia could achieve the desired impact if the implementation of such projects is aligned with efforts to improve women’s access to financial services.

Alexander Ayertey Odonkor is an economic consultant, chartered economist and chartered financial analyst with a keen interest in the economic landscape of countries in Asia and Africa.