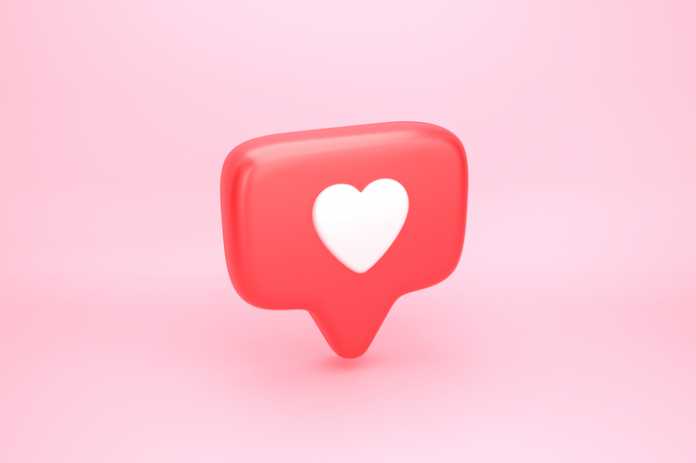 By Marianne Etherson and Thomas Curran

We all do it. Robot-like, we endlessly scroll through social media feeds. To an extent, we even go about our daily lives staring at screens while ignoring the world around us. In fact, evidence suggests a fifth of adolescents spend five or more hours on social media per day. Some even log on after midnight.

Social media platforms such as Instagram, Facebook and TikTok are a ubiquitous part of young people’s lives – especially female adolescents. But as recent research suggests, the psychological wellbeing of these young women may be at stake as a result. And our new study, published in the Personality and Individual Differences journal, has identified a group who may be particularly vulnerable.

Social media feeds are filled with beautiful models, people living perfect lives and unattainable body ideals. Photographs are altered using filters – and only a person’s highlights are shown. We find ourselves under the spell of social media, and while there are benefits to using it, it often takes an emotional toll.

Female adolescents are particularly vulnerable to the stringent standards of beauty displayed on social media. Social media often intensifies their insecurities and anxieties. And, in the face of the edited, perfect lives of others, many feel inadequate.

This is partly because social media provides female adolescents with a platform to compare their appearance with others. Sadly, research suggests that women often perceive themselves negatively in such comparisons. It has been shown to heighten female body-image concerns, reduce happiness and increase feelings of social alienation.

Whether social media is harmful or not ultimately depends on who is using it, though. Our new study suggests that “self-critical perfectionism” is one characteristic which may make young women vulnerable to the harmful effects of social media.

Perfectionism is a personality trait characterised by irrational standards and harsh self-criticism. People who are high in self-critical perfectionism are likely to set uncompromising standards for their appearance and compare themselves negatively with others. They can also have a tendency to feel that other people or society more generally demand perfection. This can lead to chronic concerns about others’ criticism and expectations.

Recent research has found perfectionism to be rising in young people. This is particularly alarming, as perfectionism has been linked to a host of negative outcomes, such as depression, syptoms of eating disorders, and even thoughts and ideas about suicide.

To test whether perfectionists really are more vulnerable on social media, we measured 135 female adolescents’ level of perfectionism, body appreciation, depressive symptoms and comparisons based on appearance on social media. We did this once a week for four weeks.

In line with previous research, we found that the girls who were self-critical perfectionists were more likely to have greater depressive symptoms and lower body appreciation. However, we also discovered that the girls reported even more depressive symptoms and negative body image when comparing their appearance negatively to others on social media.

People higher in self-critical perfectionism are therefore thought to be especially vulnerable to negative social comparisons. This is because they derive their self-worth from being seen by others as flawless.

While social media can seemingly provide people higher in self-critical perfectionism with a fleeting fix of self-worth and validation, the endless likes, comments and follows can also evoke feelings of inadequacy. Negative comparisons will likely exacerbate perfectionists’ underlying sense of inferiority.

Although social media is an inevitable part of modern society, we suggest that adolescents who are more vulnerable to the negative effects should spend more time offline. They should also control what is shown on their social media feeds – by unfollowing or muting accounts that are triggering their anxieties. Finally, they should avoid or reappraise comparisons made with others.

In particular, adolescents would benefit from questioning the unrealistic standards of beauty on social media, and being more wary of the perfect images portrayed online.

Parents can help by talking with their adolescent children about the fact that their value as a person does not hinge on attaining a perfect appearance. They should help encourage children to avoid using social media to gain validation and self-worth. Indeed, challenging this belief and adopting greater self-compassion and self-acceptance is vital to help counteract these harmful effects.

Marianne Etherson is a PhD candidate and Post-Doctoral Research Fellow at York St John University. she is also a member of the Motivation, Performance and Wellbeing research group.

Thomas Curran is a British Psychological Society chartered social psychologist. His primary area of expertise is the personality characteristic of perfectionism, how it develops, and how it impacts on mental health. his most notable work is the theory of cultural influences on perfectionism, which rose to especial prominence following a 2017 publication of the first systems-level cohort study to show that perfectionism is on the rise in American, Canadian, and British college students. He is the author of over 30 published papers and book chapters on related topics and he has received numerous awards for my scholarship and research.

Informed by his research and expertise in data analysis, he has previously lectured to undergraduates in the UK and Australia. He now teaches research method and statistics units in the Department of Psychological and Behavioural Science.