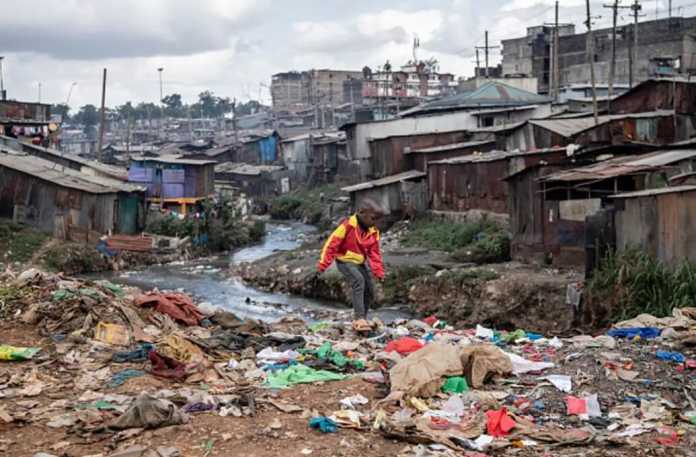 Six in 10 people will be living in cities by 2030. This is concerning. Cities are responsible for over 70% of global greenhouse gas emissions. Yet cities can also do a lot to mitigate climate change and help people adapt to its impacts. Cities can use renewable energy sources, promote greener transport, and get industries to cut pollution and adopt cleaner production techniques. Also, they can form or use existing networks and partnerships to strengthen these efforts.

Almost 1 billion children – nearly half of the world’s children – live in countries that are at extremely high risk of climate change impacts. Climate change has direct and indirect impacts on children’s rights to health, life, dignity and education. Also, climate change increases the risk of exposure to violence against children. Climate-induced disasters displaces people, and limits access to schools, adequate water and nutrition. UNICEF has drawn attention to the fact that “the climate crisis is a child rights crisis”.

Recently children have taken the lead in global campaigns like School Strike for Climate and Fridays for Future in over 7,500 cities. Children are calling on political leaders to see the crisis from their perspective and take action.

Central governments are often criticised as too distant and detached from everyday realities. Whereas, city governments are closer to, and in a better position to deal with local challenges, needs and priorities. Cities are empowered by national and local laws to govern on issues concerning children and in climate-related areas. Thus, they can plan and deliver what’s needed to address local climate challenges.

In a recent study, I explored how city-level climate law and policy protects children in the context of climate change. The study used Kenya and South Africa as key examples. In many countries, and in these two countries specifically, I observed that city governments have the constitutional and legislative autonomy and obligations in climate-related functional areas such as water and sanitation. These laws and policies don’t always specifically mention children, which means the concerns of children could escape attention. I argue that cities can do more to protect children from the impacts of climate change.

Are children at the centre of climate action?

The Climate Change Act (2016) of Kenya is very clear on the obligations of institutions at the city level in relation to climate governance. It empowers county governments to enact laws and policies that promote city-level climate governance and to take robust climate action. Also, it obligates cities to make climate change responses an important part of their plans.

Despite these obligations of city authorities over climate action on one hand, and children on the other hand, in reality the challenges of children do not always get attention in plans, budgets and interventions at the city level. This is a reality in many other cities in Africa, apart from the cities in Kenya and South Africa.

The gains of child-led climate action

In 2019, for the first time, children filed a legal complaint to a UN human rights treaty body – the Committee on the Rights of the Child – about the failure of their governments to take firm climate action. The children pointed out that they lived in cities such as Cape Town (South Africa), Lagos (Nigeria) and Tabarka (Tunisia) where the impacts of climate change are on the rise.

The communication was considered inadmissible, meaning it could not be heard on the merits. Yet it was ground-breaking in making it clear that children are key actors in climate change action, deserving a seat at the table of decision-making.

The acceptance of children as key co-decision makers in climate governance is evident in their participation in global forums such as the 2021 climate conference – COP26. This is commendable. But, without robust action and engagement of children at the local sphere of government, the commitments become empty noise.

Considering the trends in urbanisation, child urban population, and the climate crisis, I would urge cities to:

This article was originally published in The Conversation on 21 April 2022. It can be accessed here: https://theconversation.com/african-cities-can-do-more-to-protect-children-from-climate-change-180423

Rongedzayi Fambasayi – Seasoned Child Protection Specialist and Legal and Policy Analyst. He is a Doctoral Researcher at the South African Research Chair in Cities, Law and Environmental Sustainability of the Faculty of Law, North-West University, with a special focus on children’s rights, cities, climate change governance and environmental governance. His research interest is dedicated to a critical legal perspective on the interface of children’s rights and emerging issues such as climate change law, urban law, digital technologies.