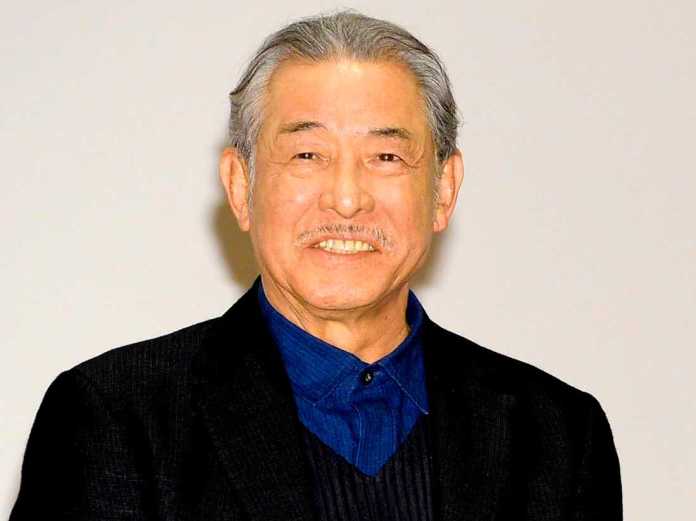 Throughout his career, Japanese fashion designer Issey Miyake, who has died of cancer at 84, rejected terms like “fashion”.

But his work allowed much of the world to reimagine itself through clothing.

Born in Hiroshima in 1938, Miyake studied graphic design in Tokyo where he was influenced by the Japanese-American sculptor Isamu Noguchi and the black and white photography of Irving Penn.

As soon as the post-war restrictions barring Japanese nationals from travelling abroad were lifted, he headed to Paris, arriving in 1964.

There, the young designer apprenticed for eminent haute couture fashion houses Guy Laroche and Hubert de Givenchy. Such houses made expensive clothes that conformed to prevailing standards of etiquette. Miyake was to go well beyond that.

Miyake was there for the Paris student revolt of 1968 and was galvanised by the youth quake shaking all rules of society.

The ready-to-wear concept by a couturier had been launched just a few years earlier when Yves Saint Laurent created Saint Laurent Rive Gauche in late 1966.

The fashion system was changing and Miyake rose to the challenge.

Miyake arrived in Paris shortly after Kenzo’s “Jungle Jap” clothes had made waves, with their bright colours and unexpected patterns based partly on Japanese artistic traditions.

The Japanese revolution in fashion was commencing.

Japanese designers including Rei Kawakubo for Comme des Garçons, Yohji Yamamoto and Issey – all born in the 1930s and 40s – rose to prominence in the 70s and showed in Paris.

All questioned Eurocentric views of fashion and beauty. The Japanese designers reversed the Western focus on symmetry and tidiness and adopted aspects of Japanese aesthetic systems, such as Yamamoto’s use of black with colours such as red, purple, cerise, brown and dark blue.

Miyake held his first show in New York in 1971 and in Paris in 1973. He integrated technology with tradition, exploring Japanese aesthetics and the uncut, untailored garment. He also commissioned high-tech textiles that influenced fashion around the world.

Miyake’s BODY series included the famous bustiers of plastic, rattan and resin in which the female body was re-imagined as a type of armour.

In February 1982 the prominent journal Artforum photographed a Miyake bustier on its cover.

It was the first time a contemporary art journal had featured fashion.

Throughout his career Miyake completely re-imagined the potential of textiles.

Working with his textile director Makiko Minagawa and Japanese textile mills, he began to create the famous Pleats collections: using thermally processed polyester textiles that are not pleated before sewing (the regular practice), but manufactured much larger, and then pleated in machines.

The Rhythm Pleats collection from 1989 was inspired by the French artist Henri Rousseau: Miyake took elements of the colour palette and the strange sculptural shells surrounding women in these paintings, a good example of how his influences were always abstract and suggestive.

His very commercial collection Pleats Please was launched in 1993.

The A-POC (A Piece of Cloth) collection (in collaboration with Dai Fujiwara, 1998) revolutionised clothing design and prefigured anxieties around the unsustainability of fashion and its attendant waste. Clothes were knitted in three dimensions in a continuous tube using computerised knitting technology as a whole and from a single thread.

The garment came in a cylinder and was later cut out by the wearer – there was no waste, as leftover sections became mittens, for example.

Miyake’s pneumatic collection in 1991 included knickerbocker trousers for men with plastic bladders and straws – men could inflate or deflate the clothes to suit.

It was the age of the AIDS crisis and attendant body wasting. Calvin Klein had responded with hyper-masculine underwear and hyper-masculine advertising. Miyake, on the other hand, tested the zeitgeist by suggesting we use clothes to make our bodies and appearances suit our needs.

Having worn his clothes myself for some time, I can testify for the liberation they provide. The jackets are unlined and embrace the body in unexpected ways. Sleeves might be manufactured so they create a pagoda shape on your arm and add dynamism to the body.

The colour palette is extraordinary and so different from a diet of sensible woollens or tweeds.

Computer-generated jacquard weaving creates subtle patterns only truly registered by closer looking. The textiles have an unexpected tactility next to the skin. Some of the garments are provided literally rolled in a ball. They weigh virtually nothing, meaning they liberate the traveller. Once unrolled and put on the body, they spring back to life.

There is a real sense that you, the wearer, animate these lifeless things: dressing is a performance and the clothes generate a reality that is both theatrical and practical. Although widely worn (there is a cliche all gallerists once lived in Miyake) people remain intrigued by them, wanting to touch them for themselves.

At the Issey Miyake Retrospective in Tokyo in 2016, I saw Miyake and very much wanted to go over and thank him for transforming the potential of fashion for women and men around the world, its material possibility and imaginative possibility.

I’d very much like to thank him for that now.

This article was first published in The Conversation on 10 August 2022. It can be accessed here: https://theconversation.com/part-of-the-japanese-revolution-in-fashion-issey-miyake-changed-the-way-we-saw-wore-and-made-fashion-188523

Distinguished Professor Peter McNeil FAHA is an award-winning design historian who works at University of Technology Sydney. His inter-disciplinary research examines the past, present and future of critical fashion as well as many other aspects of design.