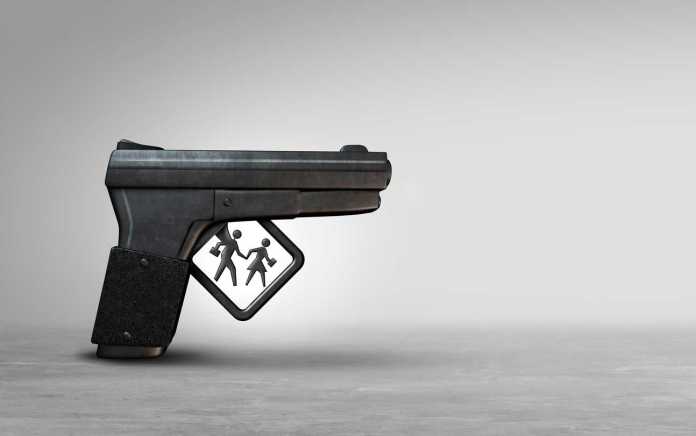 On the evening of Dec. 18, five people were killed in a mass shooting at a large condominium in the community of Vaughan, Ont., located just north of Toronto. A 73-year-old resident of the building — a man who had a long-standing dispute with the resident-based condominium governing board — opened fire on condo board members and others.

As an associate professor of disaster and emergency management, I have analyzed other Canadian mass shootings like the 2018 incident on crowded Danforth Ave. in Toronto and the 2020 shooting spree in Nova Scotia that left 22 people dead.

But this mass shooting was different for me. That’s because I live in the building.

I now face the cognitive dissonance of what it means to have both professional and personal survival perspectives of first-hand exposure to a mass shooting.

The night of Dec. 18 started off as an otherwise normal Sunday evening. But then I heard a fire alarm and, like many other residents of Bellaria Tower, exited the building. At the time, I had no knowledge of being in the vicinity of an active shooter.

I took the stairs down to the lobby, made my way to the garage and still thinking this was likely a false fire alarm, which usually meant waiting outside for a while, I left the complex to run some errands.

When I returned about two hours later, the level of police response on the scene — along with a large media presence — made it clear this was not a typical fire evacuation. I arrived as heavily armed tactical officers were making sure it was safe to return into the building.

We later learned the rampage ended in the hallways of the building when the shooter was killed by a police officer.

In the aftermath, residents gathered outside on the other side of yellow police line tape. It was five hours before I was able to return to my home. When we were allowed to re-enter the building, well after midnight, police officers escorted the returning residents around the perimeter of crime scenes in the main lobby.

That night, I saw things that I cannot unsee. There were pools of blood on the pavement outside the lobby and more blood on the floor inside.

While I was not physically injured in the incident, I fall into the category of one who was present during the shooting. According to research conducted on the community-level adverse mental health impacts of mass shootings, primary exposure refers to the impacts faced by those who were injured or present and in danger of being shot.

I’m distressed that my neighbours and I are now facing the mental health consequences of a mass shooting, simply because we happened to live in a particular condominium building where this horrendous incident took place.

In the days after being exposed to a mass shooting, it is difficult to pin down my thoughts while living in the environment of a mass shooting crime scene.

During a mass shooting, individual actions one can take in response are run, hide or defend. At the time, I reacted to a fire alarm, meaning I ran out the building. Had I known there was an active shooting in progress, my behaviour may have changed. At the very least, I would have considered what my most viable survival option may have been.

A main experiential takeaway is that during a mass shooting, appearances of the incident unfolding around me were deceiving. I did not realize that I was in an active shooter situation until I was out of it.

Conducting research immediately after a disaster presents ethical challenges that the researcher must navigate. A researcher’s goal is to learn from disaster experiences so that lessons learned in the aftermath can be used to increase public safety in the future.

A major issue in conducting quick-response research is access. Access allows for purposeful sampling, where a goal of the field researcher is to get proximity to a disaster site and interact with the site itself and people with specific knowledge regarding the event.

The Vaughan condominium mass shooting will rank as one of Canada’s worst mass killings. From a professional perspective, I have direct access to a horrendous disaster site.

That degree of access is something that is, in theory, beneficial for a disaster researcher. But it’s also the type of access that I personally never wanted to have

This article was originally published in The Conversation on 21 December 2022. It can be accessed here: https://theconversation.com/i-research-mass-shootings-but-i-never-believed-one-would-happen-in-my-own-condo-in-vaughan-ont-196863

Dr. Jack L. Rozdilsky is an Associate Professor of Disaster and Emergency at York University, Toronto. He is active in post-disaster field research as well as teaching emergency management at the graduate and undergraduate levels.