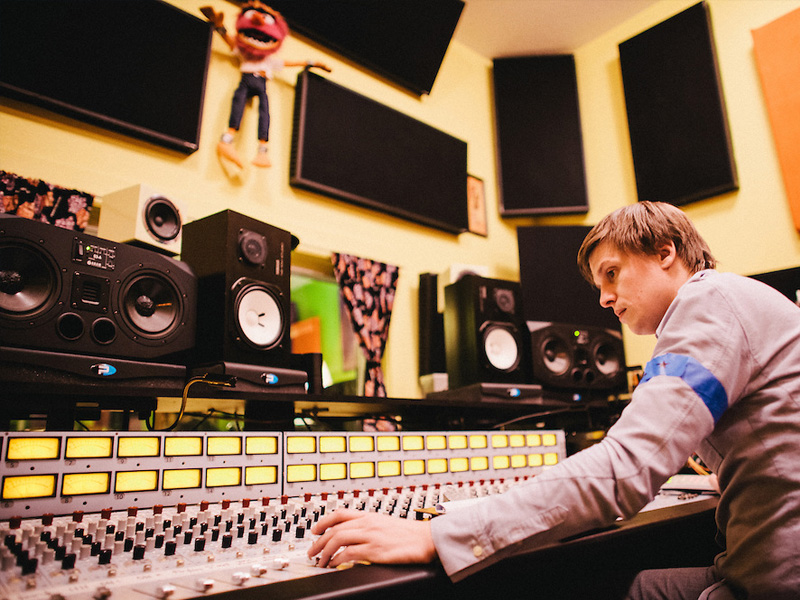 Sound is a subject through which popular culture can be analysed in an innovative way. From the roar of the crowd in a stadium to the sub-bass frequencies produced by sound systems in the disco era.  Sound – not necessarily aestheticised as music – is inextricably part of the many domains of popular culture. 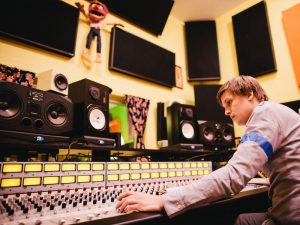 Sound is an integral part of contemporary everyday culture. From the speech recognition system integrated in your computer’s operating system to the roar of the crowd in a stadium, from the sub-bass frequencies produced by sound systems in the disco era to the sound image of advertising, sound – not necessarily aestheticised as music – is almost overly present in the many domains of today’s popular culture.

However, the sonic dimension of contemporary, globalised popular culture is not only represented by sounds you can hear, songs you can buy or effects you can sense. More fundamentally, what one calls sound is deeply constitutive for popular culture; it is driving its specific subjectivities, its economies, and its forms of knowledge. Thus, sound does not only reflect or represent contemporary cultures: it plays a crucial role in the transformations of cultures.

Whereas sound is often thought of as an effect you mainly hear – foremost through one’s ears – research has more recently focused on the manifold effects of sound on the whole body in all its activities, perceptions, its affects and reactions. Sound is not anymore regarded as just an ephemeral, a cerebral, or an intricately fragile atmosphere; in the early 21st century it is an easily confirmable notion that sounds are materially, physically and sensorially dominant and present in all of our everyday lives, regardless of social class, gender roles, abilities, ethnicities, world region, whether one lives in an urban or rural area, whether one works in the public service sector or in an industry producing consumable commodities. In the sounds one hears the visceral and the affective potentials of popular culture can be traced.

As sound takes such a central role in contemporary cultures the research on sound is actually a study of sound as both an integral and constitutive part of culture. An investigation of sound as popular culture would hence be more aptly described as a study through sound than a study about sound. Sound therefore not only provides commodities or objects which one might study; more precisely sound is a subject through which contemporary popular culture can be analysed in a way that allows us to listen to cultures: to echoes from the past, to the interfering resonances of the present, and all discontinuities and the contradictions that suggest a possible, a desirable or a feared future.

Popular culture’s sound and its sophisticated design resonates with power structures now and then and one can study these structures by analysing historical and contemporary case studies of listening in various sound cultures. Through such an analysis one will be able to consider the ways contemporary practices of sound generation are applied in the diverse fields in which sounds are produced, mastered, distorted, processed, or enhanced. One striking example is for instance the examination of the noises of a baby monitor: a study of this rather minor and often overseen device makes it possible to analyse changes in domestic space beginning in the 1960s, including a new organisation of the parent-child relationship in western urban family life, up to the expansion of technologies and habits of surveillance in everyday life. Another example would be research on sub-bass frequencies as they were produced by the sound systems of 1970s disco culture: this research allows us to explore a recent history of listening that is related to practices of dancing, of non-listening and tactile sound perception as well as to study the production of proximity, and maybe intimacy in a highly mediatised world.

One striking example is for instance the examination of the noises of a baby monitor: a study of this rather minor and often overseen device makes it possible to analyse changes in domestic space beginning in the 1960s, including a new organisation of the parent–child relationship in western urban family life, up to the expansion of technologies and habits of surveillance in everyday life.

Through a study of loudness in popular music, we can identify listening practices that are designated as “legitimate”, joyful, affirmed and appropriate – or as “illegitimate” or unpleasant, criminal and disgusting. An analysis of video game sound design and location-aware technologies facilitate the study of a militarisation of the senses and the ambiguity of sensory distance. Scrutinising the sound of popular music productions allows finally for a cultural interpretation of recorded sound and its transforming and revealing role in various regional, social, gendered and race-related contexts. What do the voices of the researchers presenting their work in the famous lecture series “Technology, Entertainment, Design” (TED) tell us about contemporary subjectivities? Subjectivities that are driven by contemporary ideologies of almost infinite self-improvement and self-marketing – and that are expressed in voices that are sonically adapted to transmit well and efficiently over the laptop speakers through which curious citizens all over the networked globe will mainly be experiencing those presentations.

Jens Gerrit Papenburg is visiting Professor for Popular Music History & Theory at Humboldt University Berlin. He is the co-editor of Sound as Popular Culture (MIT Press 2016) and sound review editor of Sound Studies. An Interdisciplinary Journal (Routledge). His research interests include the media history of popular music as well as the history and culture of listening technologies.

Holger Schulze is full Professor in Musicology at the University of Copenhagen and Principal Investigator at the Sound Studies Lab. His research focuses on the cultural history of the senses, sound in popular culture and the anthropology of media. Recent book publications are: American Progress (2015), Sound as Popular Culture (2016, ed.) and Krieg Singen: Singing The War (2017, ed.).