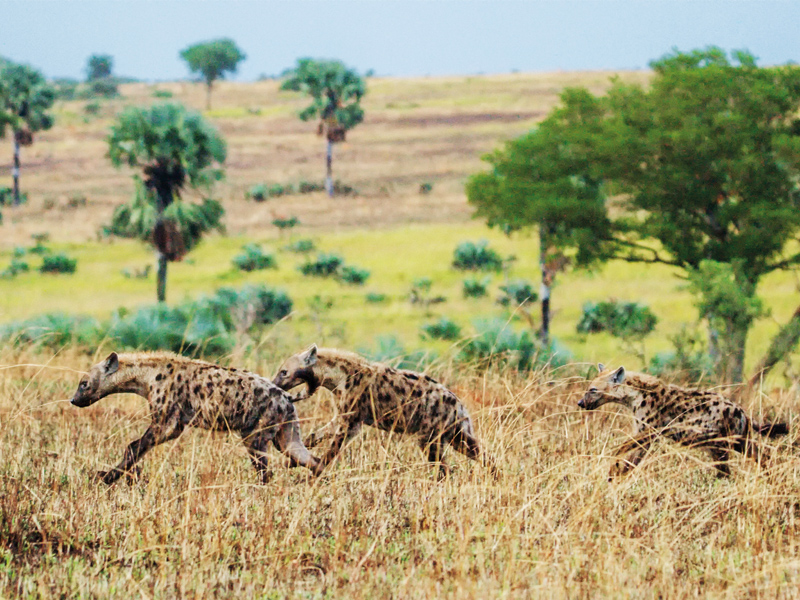 When thinking of a “successful executive”, we often use the description of an “alpha”, most of the time a male one, too. In this article, Professor van Vugt shares interesting leadership clues and patterns from the animal world which are undeniably useful to human leadership. From dominance-prestige orientation, leader benefits, to gender comparisons, we are asked, “Would you rather be led by an alpha male, a queen bee, or a wise elephant?”

To get into the C-suite, is it better to possess the qualities of an alpha primate, a king of the jungle, a queen bee or a wise old owl? People tend to be quick to make comparisons between human leaders and their animal equivalents. But how useful is that comparison? What does leadership look like in animal societies, and what does it tell us about how we should run our businesses?

To find out, we went on a unique scientific expedition to compare leadership in human societies with that of various non-human societies. “We” are a multi-disciplinary research team of biologists, primatologists, anthropologists, and psychologists, who are experts on leadership in one particular species, be it humans, chimpanzees, hyenas, or meerkats. We met as part of a scientific workshop on leadership, organised by the National Institute for Mathematics and Synthetic Biology at the University of Tennessee.

Because the biological and social sciences use different definitions of leadership, a first hurdle was how to define it. We settled on leadership as having a differential influence on group activities, with leaders having more influence than followers.

By taking an evolutionary approach, it is immediately obvious that there may be parallels between leadership in humans and in nonhumans, particularly for species that, like us, pursue group activities.

The second hurdle was to understand the why’s of leadership. As evolutionary scientists, our claim is that leadership is the result of a Darwinian process of evolution via natural selection whereby groups of animals – be it mammals, insects, birds or fish – that form effective leader-follower relations do better than groups that fail to coordinate around a leader. By taking an evolutionary approach, it is immediately obvious that there may be parallels between leadership in humans and in nonhumans, particularly for species that, like us, pursue group activities. For instance, the chimpanzee, our closest genetic relative – with whom we shared a common ancestor some 6 million years ago – go on border patrols to defend their territory against other communities. Small groups of males move to the periphery of their range and scan the environment for intruders and if they find one they will hurt or even kill them. Some chimps are more likely to lead such patrols than others and they have more status and mating success in their community.

The third hurdle was our selection of animal societies to draw comparisons with. Because of genetic relatedness we settled on 8 mammalian societies such as chimpanzees, dolphins, meerkats, elephants, chimpanzees, lions and hyenas where displays of leadership are well-documented by biologists. For instance, the African elephant lives in herds of about 25-50 individuals and these consist of various clans of related females. The matriarch is the oldest adult female in the group and she is primarily responsible for leadership.

Given that the social structure of these animal societies is simple, with at most two layers of hierarchy, we compared them to 8 small-scale human societies, including hunter-gatherers such as the Ache from Paraguay, the Inuit from Canada, and pastoralists like the Kipsigis from East Africa. These small scale societies are quite similar to the societies in which humans evolved: We humans spent around 99% of our evolutionary history in small, nomadic kin-based groups with no formal leaders, no institutions, and no laws. My own field, evolutionary psychology, takes the position that our brains and bodies reflect this deep history. Should we want to know more about how humans cope with the challenges of modern organisational life (from job stress to E-leadership) then we need to understand more about the kinds of organisational structures of early humans.

After taking these initial hurdles we embarked on the actual research by collecting data about these 16 societies from scientific papers and ethnographies, and consulting leading experts.

Mark van Vugt is a Professor of Evolutionary Psychology, Work and Organisational Psychology at VU University Amsterdam and a Research Associate at the University of Oxford. He can be reached by email at [email protected]; twitter: @markvanvugt1;  homepage: www.profesasormarkvanvugt.com.