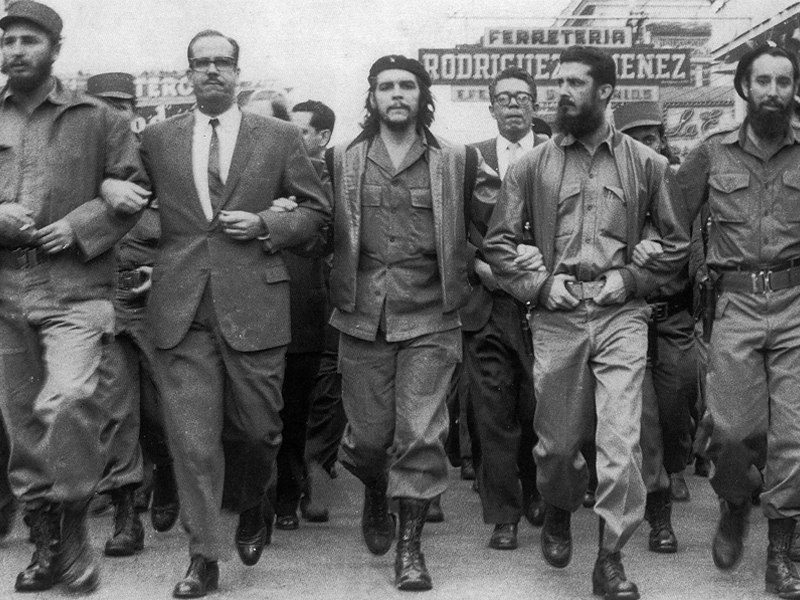 Moral consciousness is rising and the world owes it to the people who are standing up for the poor and powerless despite the immense force of the enemy. In this article, Peter Koenig pays homage to one of the first heroes of this fight against the empire and elaborates on how Ernesto “Che” Guevara’s light continues to emit signals of peace and justice throughout the world.

Che! – You are one of the greatest revolutionaries of the 20th Century. You inspired tens of millions of people throughout the world to fight for justice, for their freedom and civil rights. You have left a vision of hope, of never giving up – a legacy of solidarity and of Venceremos! – we shall overcome. You have been murdered by the most criminal organisation of the most evil empire, the CIA of the United States of America – but your spirit lives on in Latin America, Africa, Asia and even in vassal Europe, inspiring generation after generation for class struggle, that there is universal justice that must be fought for and will be won. Che – you are a true Hero – an icon for the poor and powerless!

Ernesto “Che” Guevara was born in Rosario, Argentina, on 14 June 1928 and was assassinated in Higuera, Bolivia, by CIA-led Bolivian forces on 9 October 1967. It was a summary execution – no trial, no questions asked – 50 years ago. What has changed in 5 decades? – At the surface, one might say – not much. The world is still divided between the capitalist, neocolonialist west and the much more visionary and peaceful east.

The sensation of change is noticeable everywhere. It is still brittle and weak – but it is growing and gaining strength. And Che – his unquestioned determination to fight for a better world – was instrumental in this awakening.

However, moral consciousness is rising everywhere. There is slow progression; the vessel is slowly veering towards a more peaceful multi-polar world. Not just the ascent of Russia and China are bringing a new wind of consciousness to millions of people, but the sensation of change is noticeable everywhere – from South to North and from East to West. It is still brittle and weak – but it is growing and gaining strength. And Che – his unquestioned determination to fight for a better world – was instrumental in this awakening.

Che left Argentina in the early 1950s as a medical student, accompanied by his pal, Alberto Granado, a young doctor, on a single-cylinder sputtering 1939 Norton motor cycle – they called it “La Poderosa” (“the Mighty”), exploring the Latin American Subcontinent which they knew only from books. Granado was probably the first one to give Ernesto the famous nickname “Che” – an Argentinian equivalent to “buddy” or “pal”. They travelled through South America and discovered misery, poverty and disease. Combining Che’s “The Motor Cycle Diaries” and Granado’s “With Che Through Latin America”, Robert Redford turned the diaries in 2004 into an epic movie that has since become as symbolic for young revolutionary rebellion as has Alberto Korda’s famous photography of Che’s.