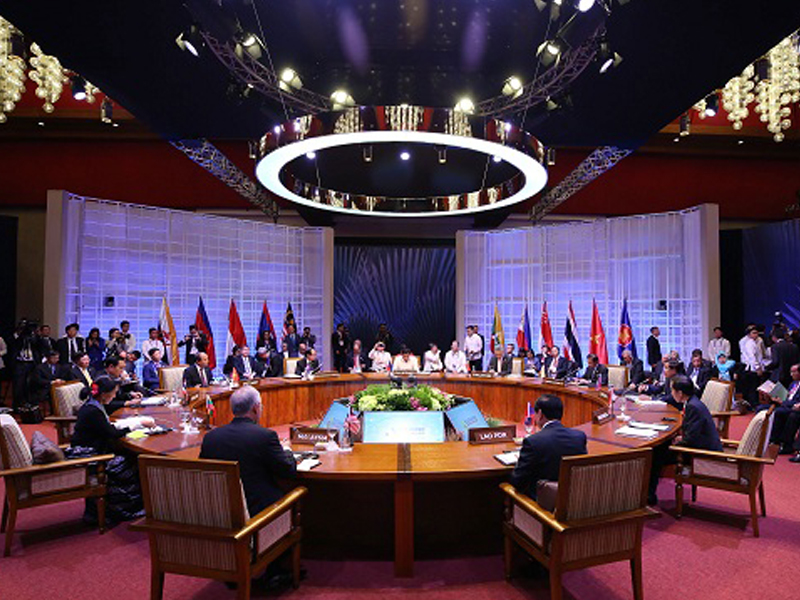 The rise of ASEAN shows how consensus-building, more than the rule of the majority, can help nations overcome religious and racial divisions to achieve shared goals. The West, too, can learn from the ASEAN way of musyawarah (consultation) and muafakat (consensus), which has sustained and strengthened the community in the last 50 years.

The rise of the ASEAN community is a curious study of how cooperation and consensus, more than the rule of the majority, can help nations overcome deep divisions in religion, law and race in the pursuit of common goals.

To some Western observers, the ASEAN propensity to build consensus in the midst of discord is a source of puzzlement and frustration as the members have refused to press and criticise each other on major issues confronting the 10-nation bloc, from human rights to maritime disputes.

Indeed, such a noninterventionist policy is enshrined within the ASEAN Charter itself, which commits members to “respecting the fundamental importance of amity and cooperation, and the principles of sovereignty, equality, territorial integrity, non-interference, consensus and unity in diversity”.1

It is, however, precisely this focus on unanimity in its decision-making process, rooted in the ASEAN way of musyawarah (consultation) and muafakat (consensus),2 which has given the ASEAN community the stability and resilience to grow and thrive in the last 50 years.

Today, the Association of Southeast Asian Nations is an unqualified success.

It is one of the most dynamic regional blocs standing toe-to-toe with the European Union, and is even considered by some as the most successful supranational grouping in the world. Composed of 10 countries, ASEAN is home to the world’s third-largest labour force with an economy that is poised to become the world’s fifth-largest by 2020, and, by some projections, the fourth-largest by 2050.

In 2016 the combined GDP of ASEAN countries was collectively worth $2.5 trillion, almost double the $1.3 trillion measured in 2010. In that same period, according to the World Economic Forum, GDP per capita across the region grew by 76 percent.3

Within Asia, only China and Japan have bigger economies.

The bloc’s population of 650 million citizens accounts for a staggering 10 percent of the world population, making it the biggest geopolitical bloc by the number of people, according to the WEF.

1. The Asean Charter. http://www.asean.org/wp-content/uploads/2012/05/11.-October-2015-The-ASEAN-Charter-18th-Reprint-Amended-updated-on-05_-April-2016-IJP.pdf
2. “ASEAN’s Third Way?” by Daniel Wu, The Diplomat. https://thediplomat.com/2011/11/aseans-third-way/
3. “ASEAN is 50, and it’s come a long way. Here’s why you should care,” by Alex Gray, World Economic Forum. https://www.weforum.org/agenda/2017/01/asean-is-50-and-it-s-come-a-long-way-here-s-why-you-should-care/
4. World View, by Kishore Mahbubani, Philippine Daily Inquirer http://opinion.inquirer.net/106070/asean-at-50
5. “From battleﬁeld into marketplace: The end of the Cold War in Indochina, 1985-1989,” by Balazs Szalontai, “The end of the Cold War and the Third World: new perspectives on regional conflict.” http://www.academia.edu/25628812/From_Battlefield_into_Marketplace_The_End_of_the_Cold_War_in_Indochina_1985-9
6. Keynote Speech by Prime Minister Lee Hsien Loong at the Shangri-La Dialogue. http://www.pmo.gov.sg/newsroom/transcript-keynote-speech-prime-minister-lee-hsien-loong-shangri-la-dialogue-29-may-2015
7. “Asean at 50 is a model that has aged surprisingly well,” by Edith Terry, South China Morning Post. http://www.scmp.com/comment/insight-opinion/article/2105746/asean-50-model-has-aged-surprisingly-well
8. “What Can ASEAN Teach the EU?” by Kilian Spandler, The Diplomat. https://thediplomat.com/2017/01/what-can-asean-teach-the-eu/