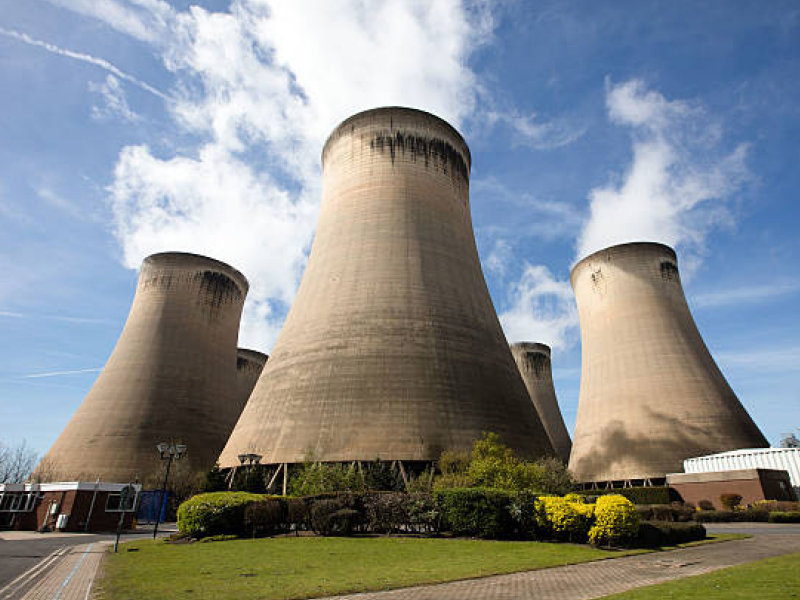 Recent studies suggest that the global advocacy on converting to 100% renewable energy generation by 2050 is feasible. However, as people ignore and underemphasise the underlying problems, the aspiration for a green utopia seems far from realisation.

Converting to 100% renewable energy generation by 2050 using existing technologies “is technically and economically feasible” for nearly every country in the world. So concludes a recent major research project led by Stanford University, which devised roadmaps for transforming existing fossil fuel-based energy infrastructures to wind, water and solar energy across 139 nations.1

This is just the latest development in a growing movement to shift towards a wholly renewable future. Many progressive leaders from the private,2 public3 and Non-governmental Organisation (NGO)4 sectors believe that, if we could quickly transition away from fossil fuels, there’s still a chance we could save the world from runaway climate change. Take, for instance, the “Global 100% RE” campaign – such environmental luminaries as Bill McKibben and David Suzuki are among its “ambassadors” – which states that transitioning the whole world to 100% renewable energy “is technically doable, economically an advantage and socially anyway a better path”.5 All that’s needed is massive investment in wind, solar, geothermal and other technologies.

The simple truth is that the Paris agreement is blind to the fundamental, structural problems that prevent us from decarbonising our economies to the radical extent needed.

Leading figures from the world of entertainment are joining the party, with Hollywood actors Leonardo DiCaprio and Mark Ruffalo teaming up in 2015 to launch The Solutions Project, “a campaign aimed at making energy from renewable sources available to everyone – and making it affordable”.6 In fact, The Solutions Project part-funded the Stanford study which predicts that its “aggressive” 139 roadmaps, if implemented, could keep global warming below 1.5°C. That’s well within the target set at the much-celebrated 2016 Paris Climate Change Agreement.7

So this is all good news, right? Wrong.

For a start, while the Paris Agreement has officially come into force, hailed by many as a huge success and significant milestone,8 there’s a small issue that the commander-in-chief of the world’s largest polluter, egged on by his fellow climate change deniers, has vowed to abandon it. Obviously, Donald Trump won’t be there forever, and sooner or later even the US may sign up to Paris. But there’s a more fundamental problem – many climate experts9 warn that the commitments made at Paris still fall way short of what is required to halt global warming at the 2°C mark, never mind reversing the growth of greenhouse gases in the atmosphere. The simple truth is that the Paris agreement is blind to the fundamental, structural problems that prevent us from decarbonising our economies to the radical extent needed.

Worse still, if by some miracle we did manage to achieve 100% renewables in time to avoid dangerous climate change, the social and environmental costs entailed by prevailing approaches could dwarf any benefits.

First things first: fossil fuels are still in the driving seat despite a now decades-old consensus among serious scientists of the link between climate change and the burning of coal, gas and oil. In fact, Swedish physicist Svante Arrhenius discerned the relationship between atmospheric carbon dioxide concentrations and temperature as long ago as 1896. What little progress to date in transitioning to renewables has largely been at the expense of unpopular nuclear installations, while the global share of fossil fuel-generated energy consumption has remained stubbornly at about 80-85% – just where it’s been since the early 1970s.10 Yes, colossal solar11 and wind parks are popping up around the world, but they haven’t yet shifted the business models of the likes of Shell and BP. On the contrary, the fossil fuel giants feel more secure than ever to invest in carbon intensive energy sources, particularly gas,12 which they see as a “transition fuel” – here to stay until at least 2050,13 they say.

In the unlikely event that the dominant business model changes any time soon, the massive amounts of land required for installing gigawatts solar and wind power, or growing biomass to burn in our 100% renewable future, will obliterate natural habitats and hijack valuable farmland. This isn’t a dire prediction, it’s already happening. Biomass production schemes the world over, in their hunger for fuel – be it wood pellets from the forests of south-eastern US,14 sugar cane from Brazil15 or palm oil from Malaysia16 – have had such serious environmental and social side-effects that the international standards supposedly governing them have been labelled as “greenwash”.17

Of course, renewable energy giants talk the talk. Drax Group plc claims its wood pellet-burning biomass plant in North Yorkshire is “Britain’s biggest single site renewable power generator, generating 20% of the UK’s renewable power.” Critics point out that the many of the wood pellets come from clear-cut wetland forests considered among the most biologically important habitats in North America.18 And the same “sustainable” business quietly remains among the UK’s largest burners of coal; worse still, it sources this dirty fuel from places like Colombia where the coal industry pollutes the air and water, and brazenly dispossesses indigenous communities of their land, causing impoverishment, ill health and malnutrition among the poor. Drax’s 2016 annual report meanwhile states that, “we ensure that our suppliers have the smallest possible impact on the places and the communities in which they work.”19

Even if future schemes were more sensitive to local communities, there simply isn’t enough accessible land for all the solar or wind farms needed to transition to a renewable future.

Drax is not alone; indeed, evidence suggests that wherever renewables are developed at the “mega” level, they end up bulldosing, literally, people and wildlife. And generally the poorest, usually rural communities are disproportionately affected; given that their land values are lowest and existing users have little power or formal land rights. It’s a similar story with large-scale hydroelectric dam projects, currently the greatest source of renewable energy, have destroyed many human communities20 and flooded irreplaceable natural habitats.21

Even if future schemes were more sensitive to local communities, the bottom line is there simply isn’t enough accessible land for all the solar22 or wind23 farms needed to transition to a renewable future. Yes, offshore wind24 can fill some of the gaps, but while costs are falling25 marine turbines are still more expensive to build and maintain than onshore generators due to the harsher weather conditions faced, and the fact that generated energy has to be transmitted over long distances.

Not satisfied with grabbing land and riding roughshod over the weakest communities, the green utopia as currently envisaged would also be a ravenous consumer of ever-scarcer materials. Shifting to 100% renewables will merely “replace one non-renewable resource (fossil-fuels) with another (metals and minerals)” says the French scientist Olivier Vidal, whose research team estimates that 3,200 million tonnes of steel, 310 million tonnes of aluminium and 40 million tonnes of copper would be needed to build the latest generations of wind and solar facilities.26 Together with demand from electric vehicle manufacturers, a worldwide renewables boom would rely on a five per cent to 18% annual increase in global production of minerals for the next 40 years.

Even more startling projections are made for other materials oiling the wheels of green capitalism – including cobalt, silver, lithium, copper, silicon, gallium and the rare earths. The Toyota Prius,27 for example, touted as one of the greenest cars on the market, relies on a range of very dirty rare earth minerals, the excavation and processing of which has devastated large areas of Inner Mongolia in China.28 In May 2017, after picking apart the Chevrolet Bolt – General Motors’ fully electric answer to the Prius hybrid – UBS analysts predicted that the decades-long transition to a 100% electric global fleet would boost demand for lithium to 2,898%, cobalt by 1,928% and rare earths by 655%.29 In many cases, supplies of these raw materials30 are already dwindling.

The material security problem is exacerbated by the fact that worldwide mining industry is contracting and material recycling rates aren’t filling the gap. Writing in the journal Nature in March 2017, an international research team identified a period during which “primary metal production may peak and start to decline before the social and capital infrastructure for secondary metal production will allow recycling to contribute substantially to supply.”31

Given all these problems with supplying the energy we think we need, you’d have thought that we should start addressing the demand-side issues. The much-neglected elephant in the room is energy efficiency. Right now our homes are responsible for approximately 23% of total UK carbon emissions,32 yet 65% of could still benefit from simple energy efficiency improvements such as cavity wall insulation making them among the most expensive to heat in Europe.33 The UK Energy Research Centre estimates that we could cut energy bills by a quarter – saving as much power as could be generated by six new nuclear reactors – through improvements to home heating, insulation, lighting and appliances.34 But government attempts to seize this golden opportunity have to date been woeful. The flagship Green Deal which offered loans for such improvements was axed in 2015 after two years; an audit shows the £400 million scheme inspired just one per cent of households to participate.35 The sad reality is that it’s so much more exciting to think about on sexy new “green” technology to enable us to keep on consuming at our unsustainable rates.

The climate challenge is now so urgent and huge that many are convinced we actually need to start removing carbon from the atmosphere,36 rather than just switching to renewables. That’s the view of prominent climate scientist James Hansen,37 the former head of NASA’s Goddard Institute for Space Studies, who has shown that, even if we switched to zero-carbon energy sources today, we would still be facing a serious climate challenge for centuries to come.

What this all means is that calls for a green utopia based on 100% renewables, however well intentioned, on the current trajectory, could land us in a green hell. Right now green capitalism is aggravating the very social and environmental problems that it’s supposed to fix – and spawning a few more ones to boot. The Paris Agreement doesn’t go far enough. In fact, it might give us the impression of moving in the right direction, but actually the pledged actions are so far off what is needed, it spreads false hope.

Green capitalism is aggravating the very social and environmental problems that it’s supposed to fix – and spawning a few more ones to boot.

So, what is needed then?

A realisation that simply switching to renewables alone will not solve the climate change problem.

We need to start removing carbon from the atmosphere.

We need to tackle the demand side. We cannot simply assume that relentless economic growth is compatible with a green future.

These points raise uncomfortable questions that only those who can think and act against the grain dare to ask. I’m not saying that we shouldn’t transition to renewable energy. Not at all. But that alone will not save the climate.

Note: A previous and shorter version of this article was published in The Conversation.

Steffen Böhm is Professor in Organisation & Sustainability and Director of the Sustainability & Circular Economy Research Cluster at University of Exeter Business School. He is also the author of Repositioning Organization Theory (Palgrave), Against Automobility (Blackwell), Upsetting the Offset: The Political Economy of Carbon Markets (Mayfly), and The Atmosphere Business (Mayfly), and Ecocultures: Blueprints for Sustainable Communities (Routledge).