The achievement of gender equality in the workplace will improve culture, behaviours, profitability and productivity. Globally women generate 37% of global GDP despite accounting for just 50% of the working aged population. Research reports are consistently finding that organisations that have women in their leadership teams gain competitive edge and significant business benefits. 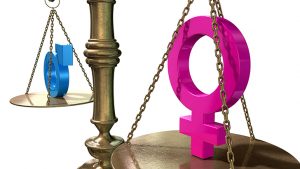 They say timing is everything, and it feels very much like now is the right time to accelerate progress to achieving gender equality in the workplace. Controversies and recent coverage in the media have helped fuel the growing debate on gender equality issues and over the last year have probably devoted more band-width to this subject than ever before. Similarly, academic research is increasingly being published on the subject, confirming with data what we at EDGE already know, that organisations with more women in their top teams outperform those that do not. CEOs are increasingly being scrutinised on the issue and some are finally listening and hearing things to their advantage, such as the startling fact that by advancing women’s equality, global GDP would increase by $12 trillion.¹ Sometimes societal and demographic trends intersect around certain events, for example the shock election results which did not produce the first female U.S. President as expected, can wake people from their torpor and galvanise them to address an issue – one which has profound economic and societal benefits. We call it, The Gender Dividend.

CEOs are  finally listening and hearing things to their advantage, such as the startling fact that by advancing women’s equality, global GDP would increase by $12 trillion.

When we launched the EDGE Certified Foundation in 2009 it coincided with  McKinsey publishing the first studies on when women thrive, and showed positive correlations between performance and a better gender balance in organisations. The awareness around the importance of gender equality for the health and wealth of organisations and societies was mounting. We realised that the only way to create sustainable change around workplace gender equality was to look at it in the same way as any other business topic. Therefore, we need to have a clear system in place to measure current status and progress, accountability, results and most importantly to set standards of excellence. We knew that if businesses applied the same rigour and discipline in pursuing workplace gender equality as they did in pursuing critical business goals, they would achieve sustainable progress.

The challenge we were faced with, when designing the EDGE methodology, was how to measure gender in the workplace in a consistent way across different industries and geographies. That was our ambition from the very beginning, recognising that every organisation is unique and has its own strengths and opportunities for improvement when it comes to gender balance. However, we realised that there were two universal, underlying principles that held for everybody: the need to attract, develop, retain and motivate a richer and deeper talent pool, not only half of it, and the growing need of both men and women to live and work differently, “smarter”, in the 21st century.

We spent two years understanding how to measure gender in the workplace consistently across geographies and industries. We then launched the concept of the EDGE certification at the World Economic Forum in Davos in January 2011. A further two years were spent refining the certification system such as incorporating three tiers to recognise commitment and impact and to reflect our philosophy of continuous improvement.

The first EDGE Certified companies were announced in October 2013 with six companies from four different industries. Today EDGE’s footprint is far larger; we are working with more than 170 organisations in 48 different countries and in 23 different industries. Some of the most recent certifications include the International Monetary Fund, Capgemini, Zurich Insurance and Elsevier.

Aniela Unguresan is Co-Founder of the EDGE Certified Foundation, the leading global assessment methodology and business certification standard for Gender Equality. Prior to co-founding EDGE Certified Foundation, Aniela acquired extensive professional experience as a consultant with Arthur Andersen and Andersen Consulting, as a trader and project manager with TXU Europe and SIG Geneva, and as the CEO of CT Technologies. She holds an MBA from the University of Geneva and a BA in International Trade from the Bucharest Academy of Economic Studies.

2. EY “A Global Study on Work Life Challenges Across Generations”.

(The Index was established to address the need for a consistent and comprehensive measure for gender equality that can track a country’s progress over time.)