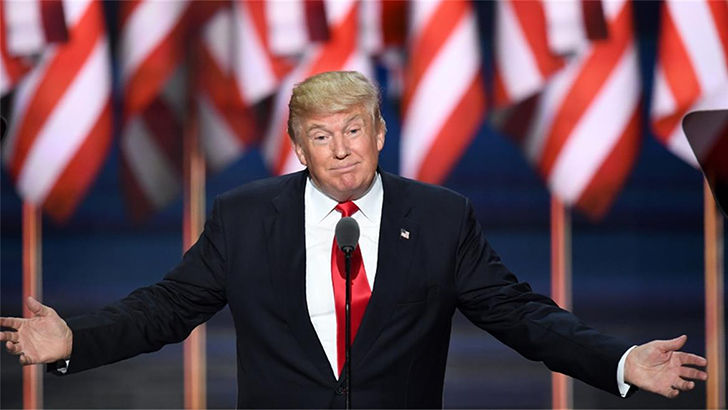 From Muslim bans to attacks on LGBTQ communities and immigrants, the Trump presidency is regressing civil society with a colonial hierarchy. In this article, the author traces the roots of Trump’s America and its logic of white supremacy deep inside American history. She argues that effective resistance requires an understanding of the drive behind colonialism

The victory of Donald Trump in the 2016 presidential election brought a demise of the U.S. political establishment. As the legitimacy of institutions weakened, the veil of reality has now been lifted. Like the scenery kept hidden in the darkness of night, what was condemned, denied and kept secret in this society is now freed, entering the light of day

Trump’s campaign slogan “make America great again” captured the minds of many who are disenfranchised by the system. Patriotism that was quickly harnessed is now summoned for all to obey the rules of patriarchy and worship the glory of military might. As Trump administration carries on the legacy of U.S. imperialism, American exceptionalism of the Obama era appeared to gain another meaning.

With Trump’s xenophobia and racism manifested in the Muslim ban as well as transgender military exclusion and deportation of Mexicans, the notion of American superiority in the world became white exceptionalism.

The rhetoric of “putting the nation first” also struck a chord with white supremacist groups that ‘till now were more on the fringe. With Trump’s xenophobia and racism manifested in the Muslim ban as well as transgender military exclusion and deportation of Mexicans, the notion of American superiority in the world became white exceptionalism.

Nozomi Hayase, Ph.D, a native of Japan is a columnist and essayist, whose writing is dedicated to inspire the millennial generation that grew up on the Internet. She has been covering issues of free speech and transparency, including the vital role of whistleblowers and cryptocurrencies in strengthening civil society.