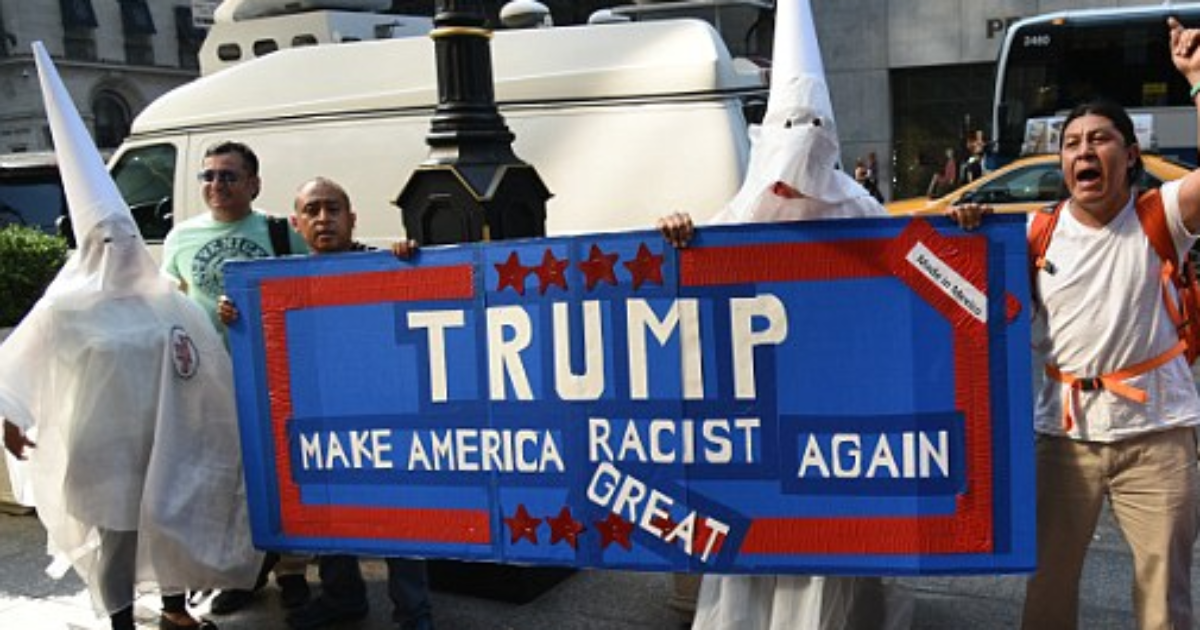 This essay argues that President Donald J. Trump represents an existential threat to immigrants in the United States. Trump’s immigration rhetoric and policies consist of racist, xenophobic, enforcement-only and divisive positions. This includes his racist and belligerent isolationist and unilateralist policies. Trump aims to re-invent the country’s dark past with his racist slogan, “Make America Great Again.”

President Donald J. Trump represents an existential threat to immigrants in the United States. More specifically, Trump’s immigration rhetoric and policies consist of racist, xenophobic, enforcement-only and divisive (i.e., “us-versus-them”) positions. Moreover, Trump’s domestic positions on immigration interconnect with his foreign diplomacy based on isolationist and unilateralist policies. While former U.S. presidents espoused (and implemented) similar anti-immigrant rhetoric and policies, such as the Chinese Exclusion Act of 1882[1] and the internment of an estimated 120,000 individuals of Japanese heritage (both immigrants and citizens) during WW II,[2] Trump, during his presidency, aims to re-imagine and re-invent the country’s dark past with his racist slogan, “Make America Great Again” – which Trump originally claimed he coined; yet, Trump actually stole from the late President Ronald Reagan.[3]

Dr Huerta is Assistant Professor of Urban and Regional Planning and Ethnic and Women’s Studies at California State Polytechnic University, Pomona. He is the author of Reframing the Latino Immigration Debate: Towards a Humanistic Paradigm (San Diego State University Press, 2013). He holds a Ph.D. from UC Berkeley and a B.A. and an M.A. from UCLA.