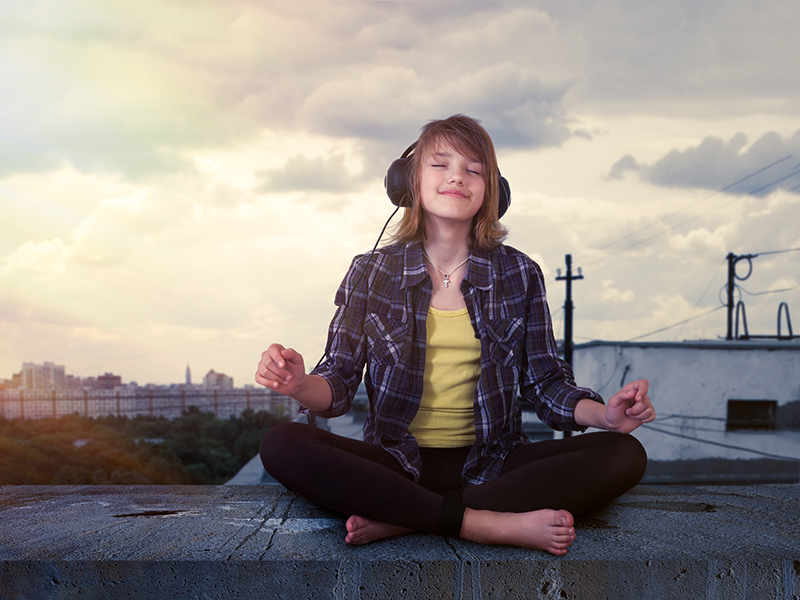 Popular music is a collective term for music that has a huge appeal to a large-scale audience from around the world. It has a cult following in its various genres of pop, rock, hip-hop, etc. It also houses some of the greatest names in music like Michael Jackson, and the Spice Girls.

However, popular music is not just for easy listening or soundtracks. It can also be an avenue for spreading messages across the globe. In this case, popular music is also around to raise mental health awareness, grasping through the artists’ experiences and thoughts.

For musicians and artists who go through mental illnesses, it is only natural for them to write and sing songs about it.

Awareness for mental health is a tremendous movement by countless individuals. One knows that if he or she is not affected directly, then another is. For musicians and artists who go through mental illnesses, it is only natural for them to write and sing songs about it. Those songs written tackle the subject of mental illness from a variety of different angles. The songwriter might be addressing his or her own thoughts, or an inflicted loved one, or commenting on the issue of mental illness in a broader sense.

Music is a way of coping and can help ease thoughts and feelings, especially when the listener digs deep into the lyrics. For some, it can be a form of healing. The combination of the melody, the meaning behind the lyrics and the tone of the artist sets the bar in the engagement of its listeners and the consumption of popular music.

“Music has the power to stimulate strong emotions within us, to the extent that it is probably rare not to be somehow emotionally affected by music,” said Marko Ahtisaari and Ketki Karanam, in an article.1 This just goes to show how powerful music is in the global market, and how influential it is wherein artists are careful in spreading the right message.

Songs that explore mental health and its impact

One of the most popular songs that discussed mental health issues, and bagged a Grammy-nomination is American rapper Logic’s “1-800-273-8255”. Deriving the title from the National Suicide Prevention Lifeline, Logic, along with Alessia Cara and Khalid, made and sung the song in the eyes of a hotline caller and wants to commit suicide.

In one of its most notable lyrics, “I’ve been on the low/I been taking my time/I feel like I’m out of my mind/It feel like my life ain’t mine/Who can relate?”, it explains how the person is struggling to find his or her own self in the world, and in that search, develops certain feelings of loneliness and sadness as well as suicidal thoughts.2

The song generated a huge impact on the music community and those who relate to the song itself because it managed to deliver a straightforward message that the only wall between understanding someone truly and being able to seek help is stigma.

Another song discussing mental health yet focusing on stigma, is from K-Pop group, BTS’ “Stigma”. The fifth track off of their most personal and versatile album, “WINGS”, deals with the persona’s regret of letting someone know his secret and carrying with it, the pain that he struggles to contain as he also feels the pain that his sibling feels. In the end, the persona deals with wanting to die more everyday and being punished as a way of him asking for his siblings’ forgiveness for his supposed sins.

As highlighted in the song, stigma (in psychology) refers to the disapproval and shame felt by people exhibiting characteristics that society considers wrong or unusual. The creation of stigma today is rooted from several social issues, and it is found to exist quite vastly around the world. An example would be stigma in an average family household, where the parents are successful in their line of work while their children are trying to find their way as their parents don’t see what they do as fit for their standards. This kind of situation is what causes stigma in the household. What the children do and they see it as positive things turns into negative as their parents may dishonor their deeds.

The creation of stigma today is rooted from several social issues, and it is found to exist quite vastly around the world.

Stigma is a huge deal in global health, especially with HIV (human immunodeficiency virus) cases. According to Michel Sidibé, Executive Director of UNAIDS (United Nations Programme on HIV/AIDS), whenever AIDS (acquired immunodeficiency syndrome) has won, stigma, shame, distrust, discrimination and apathy were on its side. Sigma Research reported that HIV-related stigma and discrimination exists worldwide, although it manifests itself differently across countries, communities, religious groups and individuals. In sub-Saharan Africa, for example, heterosexual sex is the main route of infection, which means that HIV-related stigma in this region is mainly focused on infidelity and sex work.3

Troye Sivan’s 2014 hit, “Happy Little Pill”, directly talks about depression and how taking in anti-depressants can make the pain go away as one may feel numb once taken.4 It was originally about his friend who was in the same situation, but later on changed to the meaning of loneliness. “It’s about loneliness and the different ways that people cope with the things that are going on in their lives,” said Sivan at the 2014 VidCon.

“Leave Out All The Rest” by Linkin Park is quite a haunting song, as its lead singer, Chester Bennington died in 2017 after he took his own life because of his depression. The rawness of the guitar and synths, mixed with Bennington’s powerful vocals says that ‘if you’re gone, no one might care or miss you,’ which can be seen in the lyrics, “When my time comes, forget the wrong that I’ve done/ Help me leave behind some reasons to be missed.” Bennington said the song is supposed to feel like an apology letter — in order to move on, one must need to make sure the good things are remembered over the bad.5

Why is listening to popular music an easier way of coping?

For starters, music is easily accessible. It can be free and downloadable, paid physical copies of the albums, or even a pass for an artist’s show. It can be obtained in many ways and in that case, people have started to engage themselves in listening to music as an easier way of coping. Not only is it an activity that one can do alone if they are not fond of sharing their feelings with others, but it is also an avenue for listeners to self-reflect. People have different tastes in music, and surely, in the variety of songs today that tackle mental health, they can find a song that they relate and work with.

There are some cases where it’s as effective as traditional forms of therapy, especially for adolescents with mood disorders or adults with depression.

This is called “music therapy”, which is now a sanctioned form of health care with clinical, quantitative research to back it up. There are some cases where it’s as effective as traditional forms of therapy, especially for adolescents with mood disorders or adults with depression. In spite of this, there are cognitive benefits people experience from music listening that actually stem from its effects on emotions, because positive affect can improve cognitive performance.

Research by the American Music Therapy Association (AMTA)6 says that through musical involvement in the therapeutic context, clients’ abilities are strengthened and transferred to other areas of their lives and can also provide avenues for communication that can be helpful to those who find it difficult to express themselves in words.