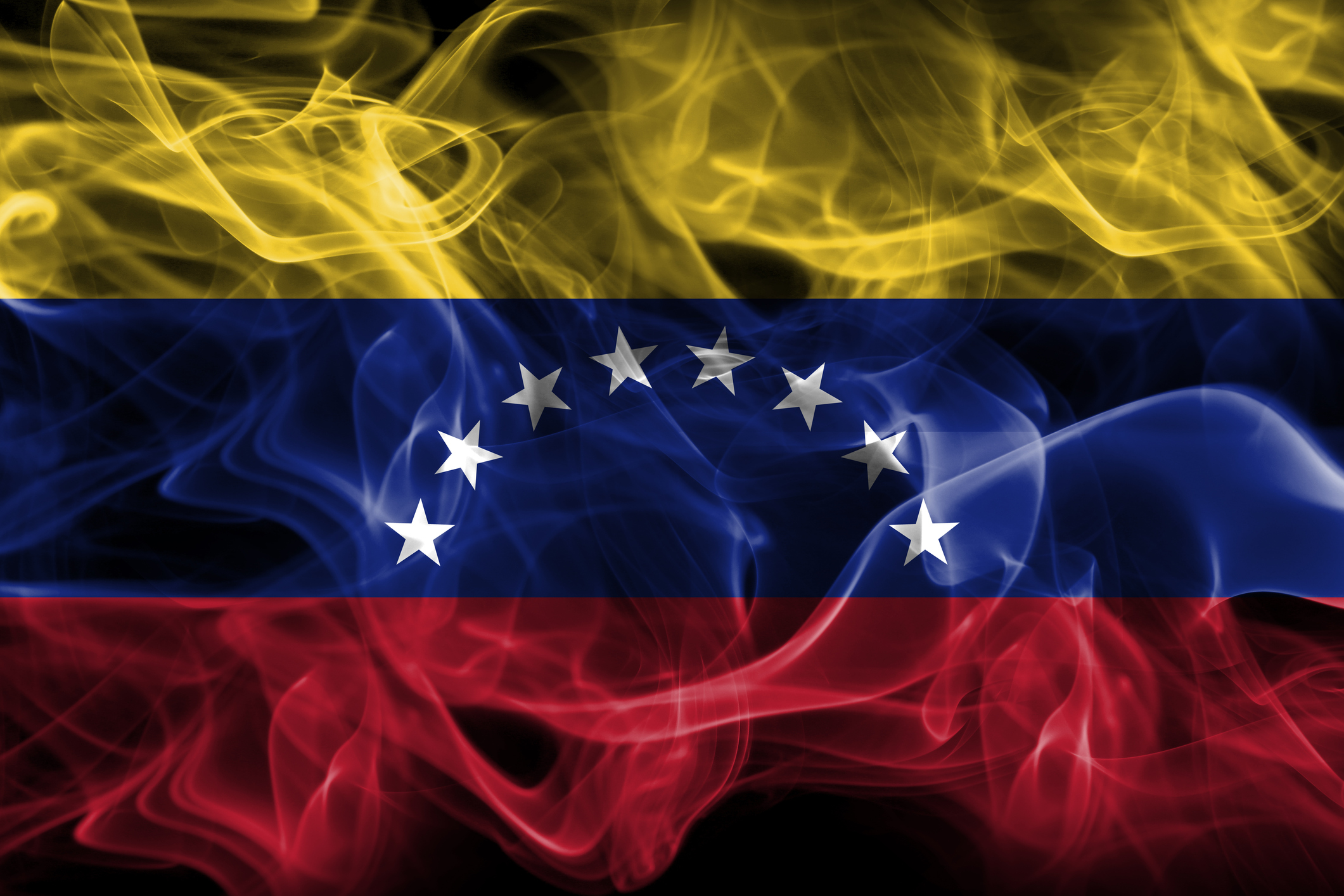 The Government of Venezuela called an international Presidential Economic Advisory Commission, 14-16 June, 2018 – to debate the current foreign injected economic disturbances and seeking solutions to overcome them. I was privileged and honored to be part of this commission. Venezuela is literally being strangled by economic sanctions, by infiltrated elements of unrest, foreign trained opposition leaders, trained to disrupt distribution of food, pharmaceutical and medical equipment. Much of the training and disturbance in the country is financed by the National Endowment for Democracy (NED), an “NGO” that receives hundreds of millions of dollars from the State Department to “spread democracy” and provoke “regime change” around the world, by boycotting and undermining the democratic processes of sovereign nations that refuse to bend under the yoke of the empire and its ‘allies’ – meaning vassals, afraid to stand up for inherent human values, and instead dance spinelessly to the tune of the murderous North American regime and its handlers.

Imagine, Venezuela has by far the world’s largest known reserves in hydrocarbon under her territory – more than 300 billion barrels of petrol, vs. 266 billion barrels, the second largest, of Saudi Arabia. Venezuela is a neighbor, just across the Caribbean, of the United States’ arsenal of refineries in Texas. It takes about 3 to 4 days shipping time from Venezuela to the Texan refineries, as compared to 40-45 days from the Gulf States, from where the US imports about 60% of its oil – to be shipped through the high-risk Iran controlled Strait of Hormuz. And on top of this, Venezuela, is a socialist country defending the rights of the working class, fostering solidarity, human rights and sheer human values, so close to the borders of an abject neoliberal and increasing militarized greed-driven dictatorship, pretending untouchable ‘exceptionalism’. Daring to stand up against the threats of boots and bombs from the North, is simply intolerable for Washington.

Imagine, Venezuela has by far the world’s largest known reserves in hydrocarbon under her territory – more than 300 billion barrels of petrol, vs. 266 billion barrels, the second largest, of Saudi Arabia.
Please login or register to continue reading...

A real foreign imposed economic crisis is in full swing. Venezuela’s black money market is manipulated by Twitter mainly from Miami and occasionally corrected from Colombia, depending on the availability from Venezuela stolen contraband, offered to better-off cross-border customers. This is missing merchandise on Venezuela’s supermarket shelves. It’s imported merchandise – mostly food and medical supplies – fully paid by the government. This has nothing to do with Venezuela being broke and unable of paying for needed imports. The media which propagate such slander are criminal liars, typical for western “journalism”. It is merchandise stolen, captured at the ports of entry by US trained gangs and deviated as smuggle-ware mostly to Colombia, the new NATO country. The scheme is a carbon copy of what happened in 1973 in Chile, orchestrated by the CIA to bring the Allende Government to fall. People have a short memory – or they like to forget – to keep implementing their disastrous neoliberal agenda.

The big difference though is that Chile’s socialist government was then barely 3 years old, whereas Hugo Chavez, who brought and solidified socialism to Venezuela, was elected in 1998, some 20 years ago. Chavismo has survived relentless attacks, including the Washington induced failed coup on 11 April 2002. A month ago, on 20 May 2018, President Nicolas Maduro was overwhelmingly re-elected with 68% – with a solid block of 6 million Venezuelans, who withstood constant attacks, physical violence, foreign induced slander propaganda, empty supermarket shelves, at times sky-rocketing inflation. But this solid socialism is a basis the empire cannot so easily sway its way.

Today, Venezuela imports about 70% of her food, though the country has the capacity, arable land- and human resources-wise, to become self-sufficient.

However, Venezuela is in a State of Emergency. A State of Emergency, exacerbated by NATO newly stationed on 7 US military bases throughout Colombia, and by a 2,200 km border with Venezuela, of which about 1,500 km is a porous jungle, difficult to control. Accordingly, State of Emergency measures ought to be taken. Fast. Among them – de-dollarization of Venezuela’s economy, diversification of imports and an ardent strive towards food autonomy, as well as import-substituting industrial, pharmaceutical and medical production. Today, Venezuela imports about 70% of her food, though the country has the capacity, arable land- and human resources-wise, to become self-sufficient.

As Mr. Putin said already two years ago, the sanctions were the best thing that happened to Russia since the fall of the Soviet Union. It forced the new Russia to reorganize her agricultural sector, as well as to rebuilding her defunct industrial arsenal and become a scientific vanguard – all of which has happened since 2000 under the leadership of President Putin. For the last three years, Russia has been the world’s largest wheat exporter and has one of the world’s most modern industrial parks – and cutting edge scientific learning and development institutions.

Venezuela has similar potentials. Venezuela also has solid allies in Russia, China and Iran – and indeed in the entire Shanghai Cooperation Organization (SCO), an association of currently 8 members, including China, Russia and India, comprising close to half the globe’s population with one third of the global GDP. Venezuela has already started decoupling from the dollar, by launching the world’s first government owned and controlled cryptocurrency, the hydrocarbon and mineral backed Petro which has already been accepted internationally – foremost by China, Russia, Turkey and the Eurozone.

Despite the Yankee boot on her neck, Venezuela has demonstrated the audacity to launch a dollar-independent incorruptible cryptocurrency – that is slated to become a new world reserve currency, especially as other countries are having similar plans, i.e. Iran, Russia, China, India, to name just a few – and as the dollar is rapidly losing ground as the world’s major reserve asset. In the last 20 years the dollar has lost from a worldwide 90% reserve-security to less than 60% today, a trend that continues, especially as hydrocarbon trade is increasingly detached from the dollar and carried out in local currencies, gold-convertible Chinese yuan, rubles and now also the Venezuelan Petro.

As long as the dollar is still a major player in Venezuela’s economy, the battle and related hardship goes on.

This is a heavy blow to the dollar. Though, it isn’t enough. As long as the dollar is still a major player in Venezuela’s economy, the battle and related hardship goes on. Radical measures are in order. This is all the more difficult, since Venezuela, like Russia, Iran and most other non-obedient countries, are heavily infested with disastrous and destructive Fifth Column elements which are primarily controlling or manipulating the financial sectors. But the east is full with successful examples on how to detach from the fraud and greed-driven western monetary system. It is a simple model of “Resistance Economy” – local production for local markets with local money through local public banks that work for the local economy. China followed this example until she reached food- health- education and shelter self-sufficiency around the mid-1980s, when Beijing started opening up to the world, including the west, but with primary trade focus on ‘friendly’ nations. The Russian example is mentioned above, and Iran is now following her own track of “Resistance Economy”.

An Economy of Resistance is also applicable for Venezuela. It is a matter of urgency and a question of political will and perseverance. President Maduro, his Cabinet, as well as the solid and broad-based socialism in solidarity of over 6 million citizens will prevail.