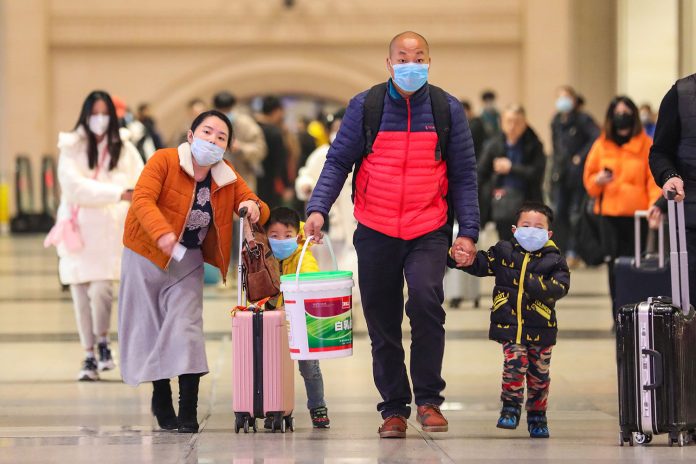 Chinese government has used strong measures to contain the spread of the coronavirus outbreak in Wuhan. The human costs and economic impact will depend on the eventual diffusion and infectiousness of the new virus.

As the number of the infected continues to accelerate and evidence of human-to-human transmission has been discovered in and outside China, the World Health Organization (WHO) declared global health emergency.

During the weekend, Philippines confirmed the first novel coronavirus death outside China.

The inconvenient truth is that the Wuhan outbreak is neither the first nor the last of its kind. However, China’s effort to reduce fatalities in megacities is a pioneering one.

After the outbreak of a new coronavirus – the 2019 novel coronavirus acute respiratory disease (2019-nCoV ARD) – and evidence of human-to-human transmission, China’s central government urged people to stay at home, restricted travel and cancelled major public events. That caused travel to plunge during the Lunar New Year, but likely saved countless lives. Moreover, China has extended the holiday period to keep people at home and reduce the risk of the spread, while extending several billions of dollars to help contain the virus.

While the full effect of the outbreak on the Chinese and the global economy is too early to assess, probable impact scenarios can be assessed.

Internationally, markets have usually responded to virus outbreaks with sharp but temporary early reactions until the spread has been halted. With the new coronavirus, analysts initially relied on the Severe Acute Respiratory Syndrome (SARS) in 2002-3, as a guideline to these projections. But that was premature.

In recent years, China has significantly strengthened its national and local surveillance systems to prevent and control diseases. Laboratory and hospital capacity have been significantly reinforced.

In the early 2000s, China’s efforts to control SARS were criticized as the disease spread internationally before the global outbreak was subdued. A decade later, Chinese response to the Avian influenza (H7N9) was significantly faster, broadly praised and the disease did not spread widely.

In recent years, China has significantly strengthened its national and local surveillance systems to prevent and control diseases. Laboratory and hospital capacity have been significantly reinforced. The record in emergency management is varied at local level, however. In the case of the new coronavirus, Chinese authorities alerted relatively quickly outside bodies, including the WHO.

Despite improved Chinese capabilities, there are now new risks, due to greater global integration. In 2003, China’s air, rail and road travel was only a fraction of what it is now and most Chinese lived in the countryside. Today, China has the world’s largest logistical hubs and 60% of people reside in densely-populated cities. That’s the reason for the effort to insulate Wuhan and its 11 million people, Hubei province, and other proximate urban centers, altogether 56 million people – which is comparable to the population of South Korea or South Africa.

The timing also differs. Unlike SARS, the current outbreak took place right before the Chinese Lunar New Year, which is accompanied by the world’s largest human migration. That’s why the government took extraordinary measures to reduce the risk of accelerated spread, which may set a new norm for the struggle against epidemics in megacities.

During the SARS outbreak, 8,100 people worldwide were infected, while 774 died mainly in Chinese mainland and Hong Kong; 10% of the total. Transmissibility, which is measured by the basic reproduction number (the number of people a newly-infected person is likely to pass the virus to), was about 2-5.

With the new coronavirus, there are currently (12.00 Wuhan time, Feb 2) 14,551 confirmed cases around the world, while 304 have died; 2.1% of the total. Assuming present pace, the number of the cases will exceed 20,000 soon. According to early evidence, the reproduction number is 3.3-5.5. Despite similar transmissibility, mortality rate in coronavirus seems to be a fifth relative to SARS (11%) and far lower relative to the Middle East Respiratory Syndrome MERS (35%).

And since symptoms may not show during the 2 to 14-day incubation period, it would seem to undermine the traditional containment practices because asymptomatic people could be spreading the disease undetected. That’s why some observers under-estimated the crisis in the early phases. If the new virus can be detected only after collateral damage, there is worse ahead, as Chinese authorities suggest.

There could be room for some hope, however. Recently, Zhong Nanshan, a renowned scientist at China’s National Health Commission, said he thought the outbreak “should reach a peak in a week or around ten days”; after the first week of or mid-February. Mortality rate could continue to fall, thanks to life support technology and extraordinary efforts by researchers and medical workers.

What analysts are now monitoring is the milestone when the number of new infections begins to decelerate because it could signal the turning point for sentiment as well. But that may still be some way ahead.

In the Chinese mainland, the new coronavirus outbreak has already hit transportation, tourism and travel, restaurants and retail, which will impair near-term consumption data, while harming stocks most exposed to consumer markets.

Globally, the early damage was first felt in commodities, which react fast to outbreaks when even small changes can cause a large plunge in prices penalizing the sales of jet fuel, diesel and gasoline. On January 3, crude oil was still trading at $64, but has since then plunged to $51.5; almost 20%. In light of the current data, the adverse impact is disproportionate, yet typical.

While all early impact scenarios are subject to great epidemiological uncertainty, economic damage in past outbreaks typically hits first household consumption and trade. It is likely to be compounded in huge regional hubs, such as Wuhan, “China’s Chicago.” Moreover, as the government response takes off, outbreak spending accelerates in emergency services. Yet, such measures, though critical for human lives, do not usually have a significant impact on the overall economy.

If outbreaks prove protracted, they may penalize companies’ capital expenditures, which are sensitive to demand expectations, and cause disruptions in supply chains as reduced mobility generates temporary outages. As Wuhan was positioned to record solid 7.8% growth in 2020, the outbreak damage in the city and broader region will have an impact on economic data.

Moreover, as the outbreak is still spreading across borders, global companies with broad presence in China, including US companies, have begun to suspend operations restricting travel. Meanwhile, the WHO has recommended against “measures that unnecessarily interfere with international trade or travel.”

Since stringent financial conditions in markets are likely to further amplify collateral damage and thereby risk aversion, such accelerated measures will soon begin to have an impact on global markets, as evidenced the 600-point plunge by Dow Jones last week.

In the “disruptive impact scenario,” the adverse impact is harder to assess. Whether of natural or synthetic descent, the new coronavirus occurred in the worst time (before the largest human migration) in the worst place (huge regional hub).

Before the outbreak, China was moving toward a mild recovery. Despite US trade war, GDP growth amounted to 6.1% in 2019. Given progressive deceleration, which is normal after industrialization, China was expected to grow by 5.8%-6.2% in 2020.

In the “accelerated impact scenario,” the adverse impact would be steeper in terms of damage, while a rebound would follow only later. The impact on annual growth would prove more significant, along with the broader impact.

In the “disruptive impact scenario,” the adverse impact is harder to assess. Whether of natural or synthetic descent, the new coronavirus occurred in the worst time (before the largest human migration) in the worst place (huge regional hub).

Oddly enough, it is not the only recent anomaly. Last fall, African swine fever (ASF), which had never before seen in China but now mysteriously appeared with the onset of the US trade war, decimated half of China’s pigs, which doubled pork prices and contributed to inflation causing pricy US pork exports to double in China.

The odds for two such consequent anomalies, timing and location are exceedingly low. Yet both did occur in almost perfect sequence. The question is why and how.

For now, central government seeks to use maximum efforts to contain the outbreak of the novel coronavirus. Over time, it is likely to boost further national and local surveillance systems, and emergency management in megacities, while protecting China against potential external bio-threats that have destabilization potential.

This is the third updated/revised version of the original commentary, which was first published as an op-ed by China Daily on January 31, 2020

The Covid-19 Global Pandemic: How Africa Should Respond

A Wake-up Call for the Corporate World