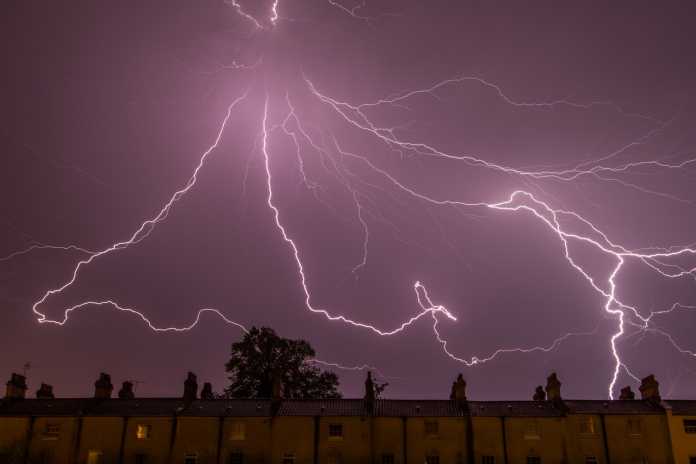 The Covid-19 pandemic has reached every one of us and is a history-defining moment. It will act as a brake on unsustainable growth, impede livings standards and accelerate the shift from fossil fuel to renewable energy at a moment when globalisation flounders. These global shock waves will reshuffle geopolitical influence, power and wealth and its profound implications will inevitably reboot the global order.

We have recent historical examples of global reshuffles. The Wall Street Crash that delivered the Great Depression also saw in the New Deal era – and the Allied victory of 1945 created both social democracy and the conditions for a tense Cold War. Each event created its own geopolitical aftershocks that we only see more clearly when we can look back.

The global health crisis from Covid-19 is still unfolding, as is the economic catastrophe that follows whilst an environmental emergency threatens our way of life.

One indicator of the power of these shock waves is demonstrated in pension funds. For instance, in the UK, 79 per cent of pension funds have cumulatively lost more in the first quarter of 2020 than through the financial crash of 2008 (1) and lost one-third of its entire value in twelve weeks. Pension funds tell us something – the months and years ahead will be painful, and its lingering effects will be long-lasting.

These events will shape the socio-economic path of all countries and will likely lead to a grinding slowdown of global living standards. We are psychologically addicted to continuous growth – but that has just shuddered to a halt, and yet the real side-effects of cratering economies will soon be facing up to 2021. The disaffected will become louder. If you thought millennials were disengaged and annoying, wait until a genuinely rebellious Generation Z can’t find stable employment, earn a decent wage, buy a home or start a family. They will find many grievances to vent their anger in this world. And vent they will.

The global reshuffle and the effects of it will be seismic to wealth and power. Bolstering failing corporations and whole economies has cost trillions, and national debts are rising rapidly. Some will survive, some won’t. And it’s a fair question to ask – what will happen next?

It was the bank-led financial crisis of 2008 that led to an era of austerity and rapidly rising inequality. The side-effects of that was the rise of populism that ushered in trade wars, the tearing up of global peace treaties, and subsequent breakdown of the international world order – all that in the space of one decade.

Whatever happens now – there’s no going back. As economies crater, wealth is transferred, and power drains away, only to be picked up by another. The two systems that were built from the second World War – the consensus of social democracy that morphed into neoliberal Capitalism – facilitated by globalisation is falling apart. With that, a radical redistristribution of wealth and power is inevitable.

Russia’s collapsing oil-dependent economy could be so crippled it becomes reliant on China and brings Beijing’s sphere of influence to the borders of Europe. The European Union could see serious splits between the wealthy north and poorer south and West Africa and the Middle East could instability rapidly rise. The record 80 million people currently displaced by war, violence and persecution, could increase and cause even more migrant movement than ever as tensions rise (2).

Robert Kaplan, a former member of the US Defense Policy Board, last month, briefed officials at 10 Downing Street on the potential second-order effects of the coronavirus crisis, makes some distinct points (3).

Will Britain and powerful EU economies such as France and Germany pivot away from protectionist America or decouple from China to maintain the American/NATO security umbrella? The global reshuffle requires decisions that consider declining relations between Washington and Beijing that has many economic and political implications.

But America is not in good health, especially after this pandemic. James K. Galbraith, a former Executive Director of the US Joint Economic Committee, says that America is not prepared for what is coming next: “The American economy was a house of cards, and COVID-19 has blown it down.”

Those countries looking to succeed in the post-Covid era are preparing for a world with less money but more innovation, less efficiency but more resilience, less dependency and more productive self-sufficiency.

This global crisis requires a fundamental change. It demands nothing less than the foresight and vision to reach a radical shift to end up at the top of the reshuffle. Without it, the power-structures maintaining many nation-states and geopolitical regions could easily fail. The next decade will be profound as the last.

William H. Janeway, author of Doing Capitalism in the Innovation Economy, says that: “the great wave of globalisation is over, and everything from trade and technology to finance and economic governance has become vulnerable to radical change.”

If Donald Trump remains in power, which is by no means guaranteed, America will continue its geopolitical jackknife. If Britain continues to be governed as incompetently as it has been, it will continue its current trajectory into insignificance. Right now, Brexit is as much a golden opportunity as it is the final nail in the embers of an empire long gone.

The winners will invest in the future, and the losers will continue to invest in dying ideologies.

In slow motion, the world was already being re-ordered as the transition to the digital age ousted traditional legacy based industries. Ironically, that technology-driven transition has just been given an enormous booster shot by a virus.

These shock waves have already caused a sudden halt to the status quo, and a turning point moment has arrived. Our failing systems of economic and political governance has proven to be fragile and unsustainable and has fragmented in front of us in a matter of weeks. Nothing less than a reboot is approaching. For those who see the status quo returning – a brutal awakening is coming.

Graham Vanbergen is a publisher, author (Brexit – A Corporate Coup D’Etat) and journalist.