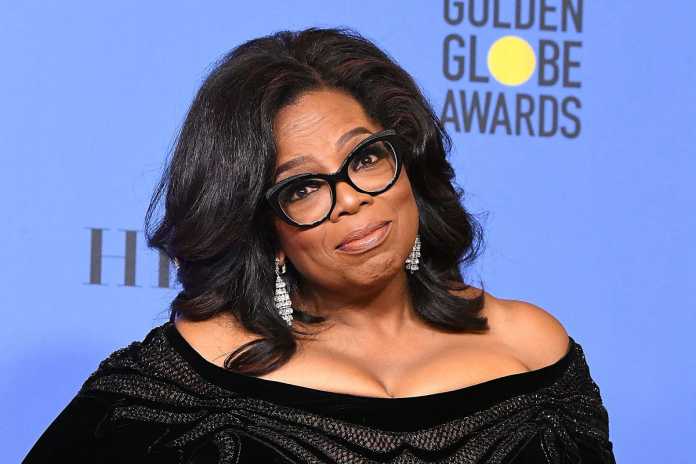 Oprah Winfrey came from a simple background, inherited nothing, didn’t study at an elite university, and probably only bought stocks long after she was rich.

So many people have the wrong ideas about getting rich. The most common misconceptions are these:

–      People get rich because they are lucky

–      People can only get rich if they had an excellent education

–      People get rich because they invest in stocks

–      People get rich because of their parents’ connections

–      People only get rich at the expense of others

–      Most rich people inherit their wealth

People Get Rich Because They Are Lucky

Some people believe that rich people have simply been luckier than everyone else. Of course, lucky breaks do play a role in becoming exceptionally wealthy, but the role luck plays is largely overestimated. Over the decades, good luck and bad luck usually balance each other out—hardly anyone experiences a run of good or bad luck that extends over decades. Take lucky lottery winners for example: most end up poor again just a few years after their ‘life changing’ wins because they do not have the right mindset for wealth. In contrast, there are plenty of examples of entrepreneurs and investors who rebounded from bankruptcy within a few years because, having risen to the top once, because they still know how to make money. And getting rich is not just about having a lucky break, it is far more a question of whether someone recognises the opportunities life throws their way. Lots of people get opportunities, but they simply don’t appreciate them for what they are. Others might recognise an opportunity when it comes their way but fail to act on it. People get rich because they are not only good at recognising opportunities, they are also able to act decisively and effectively.

People Can Only Get Rich If They Had An Excellent Education

Some people think they don’t have what it takes to get rich because they didn’t attend university. But a quick glance at a list of the world’s richest people reveals that many of the superrich were university dropouts or didn’t even make it through high school. Clearly, attending an elite university is by no means a prerequisite for getting rich. In Germany, the study The Wealth Elite confirms that there is no correlation between school and university achievement on the one hand and financial success on the other. If success in life came down to academic business knowledge, then business administration professors the world over would all be multimillionaires or even billionaires.

People Get Rich Because They Invest In Stocks

Of course, investing in stocks is a good thing. But stocks are more about staying rich than getting rich. In a survey of 472 rich people in Germany, only 2.4% said that stock market investments were the main reason they became so wealthy. Then there’s Thomas J. Stanley, who interviewed 733 millionaires for his book The Millionaire Mind. Although his survey was conducted as stock markets were enjoying an extended boom, only 12% of his survey’s participants said stocks were a major reason for their financial success. Among the superrich, the proportion who became rich through stocks is lower still. Take a look at the Forbes list of the world’s 500 richest people—almost everyone on the list got rich as an entrepreneur (or they inherited their fortunes from their parents, who were entrepreneurs). Warren Buffett is frequently cited as a prime example of someone getting rich as a result of canny stock market investments, although the truth is not quite so straightforward as all that. But anyway, he is a very rare exception on the list of the richest people in the world.

People Get Rich Because Of Their Parents’ Connections

Yes, relationships are an extremely important factor in getting rich. And, naturally, for some people, their parents’ connections or the friendships they cultivate while attending an elite university do play a significant role. Of course, anyone who becomes rich needs to be good at building relationships. But the rich don’t inherit their most important relationships from their parents, they have to learn how to become excellent networkers and be able to build relationships for themselves. Anyone who relies exclusively on the relationships they inherit from their parents will be far less successful than those who know how to build strong new relationships. Oprah Winfrey is one of the most adept networkers the world has ever seen—but the relationships that helped her climb to the top were neither ‘inherited’ from her parents nor were they cultivated at an elite university. She built them herself.

People Only Get Rich At The Expense Of Others

This is undoubtedly true for criminals—drug dealers and the like. Fortunately, they only represent a very small minority. Even so, their wealth is usually only temporary, because at some point they end up in prison or dead at the hands of rival criminals. Most rich people are entrepreneurs and have earned their fortunes providing benefits for millions or even billions of people. Bill Gates did not become rich at the expense of others; his wealth is the product of developing and marketing products that were of great benefit to consumers. The same applies to Sergej Brin and Larry Page, the co-founders of Google, as it does to so many other entrepreneurs—the more benefits they offer to large numbers of people, the richer they become.

Most Rich People Inherit Their Wealth

In fact, the opposite is true. In 1984, less than half of those on the Forbes 400 Richest Americans list were self-made billionaires and multi-millionaires. By 2018, this figure had risen to 67%! The role of inheritance is overestimated because most heirs are unable to preserve or even grow their assets. In 1901, the German author Thomas Mann published his epic novel Buddenbrooks. The novel has a subtitle, “The Decline of a Family,” and chronicles the gradual deterioration of the Buddenbrooks, a rich merchant family, over several generations. And real life often tracks a similar course to Mann’s novel, as demonstrated by the researchers Robert Arnott, William Bernstein and Lillian Wu in their essay, “The Myth of Dynastic Wealth: The Rich Get Poorer.” Their key finding is that, “The average wealth erosion for the 10 wealthiest families of 1930, 1957, and 1968 … was 6.6 percent, 5.3 percent, and 8.7 percent, respectively. These figures correspond to a half-life of wealth—the length of time it takes for half of the family fortune to be redistributed within society through taxation, spending, and charitable giving—of 10 years, 13 years, and (remarkably) 8 years, respectively.”

Dr. Rainer Zitelmann is a historian and sociologist. He is also a world-renowned author, successful businessman and real estate investor. His most recent books, The Wealth Elite (http://the-wealth-elite.com/), The Power of Capitalism (http://the-power-of-capitalism.com/), and Dare to be Different and Grow Rich : Secrets of self-made people who became rich and successful (http://daretobedifferentandgrowrich.com/), were released in 2019.