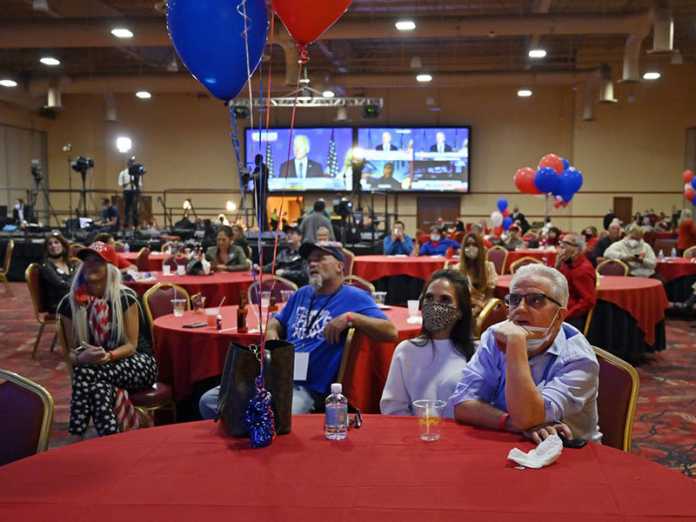 The experience of the loss of an election can experienced as despair, helplessness and frustration. It may be acknowledged as anxiety, but it can be a lot more.

Here are some psychological tools through which the anxiety – and the pain of electoral loss – can be addressed.

What anxiety and anger does

Anxiety is an experience that affects us all, generated at the threat of the loss or absence of something good, or the threat of the presence of something bad. In elections, anxiety is felt when we fear our desired candidate might lose and an unwanted candidate might win. This anxiety, known as anticipatory anxiety, is the anxiety we may feel before a dangerous situation takes place. It is a valuable psychological mechanism that mobilises us to take defensive steps to prevent an unwanted event.

Political psychologists have shown that mildly anxious or uneasy citizens are motivated to engage with information effectively and participate in politics. We see evidence of this in the US 2020 election which is reported to have had an enormous turnout of voters.

There is another source of anxiety: the traumatic anxiety we may feel following the absence of something good, or the presence of something bad. It is responsible for the shock, helplessness and powerlessness someone experiences with the realisation that their party did not win the election. It comes with sorrow, numbness, and a heavy sense of loss that is deeply frustrating. And although we may acknowledge the anxiety, we might not be aware of the aggression that often hides behind frustration.

My research on political resentment and political tolerance shows that citizens who experience simultaneously anxiety and anger are likely to engage in hostile and destructive deeds, support anti-democratic policies and discriminate against others. Anger, envy, hate, resentment, schadenfreude and greed contribute to a toxic political environment. And, because we are social animals, when our behaviour is unfair and unjust we are going to feel bad and dislike ourselves.

In essence, anxiety’s secondary gain is that it masks painful and unwanted emotions of aggression, guilt and shame.

Intense anticipatory and traumatic anxiety often causes the repression of unwanted painful emotions it might be associated with, keeping them out of conscious awareness. What is repressed returns in disguised forms, and individuals may experience anxiety attacks, feel terrified or even fall psychically ill.

Anxiety may also generate distortions. Intensely anxious individuals do not see reality clearly. This exaggerates the threat of attack, sparking feelings that danger that is “just around the corner” which in turn generates more anxiety. This feeling that “all is bad” is what the psychoanalyst Melanie Klein identified as persecutory anxiety.

Narcissists display high self-preoccupation with survival from external attacks, real or imagined, they worry a lot about themselves and they forget the reality of others. As the historian Christopher Lasch points out in his 1979 book The Culture of Narcissism, narcissistic cultures like ours are imbued with narcissistic self-concern and the incapacity to be able to understand or worry about the “other”, people who are different to themselves.

Anxiety may also lead to splitting: the division of the world into “good” and “bad”. My analyses of survey data across Europe show that citizens with reactionary orientations see the world as a polarised struggle. They also appear deeply resentful, and uncomfortable with uncertainty and want to urgently split off from the present, in pursuit of a past which they see as all good. My colleagues and I have also found evidence of splitting the world into “all good” versus “all bad” in the emotionally loaded, polarising narratives that dominate media stories. 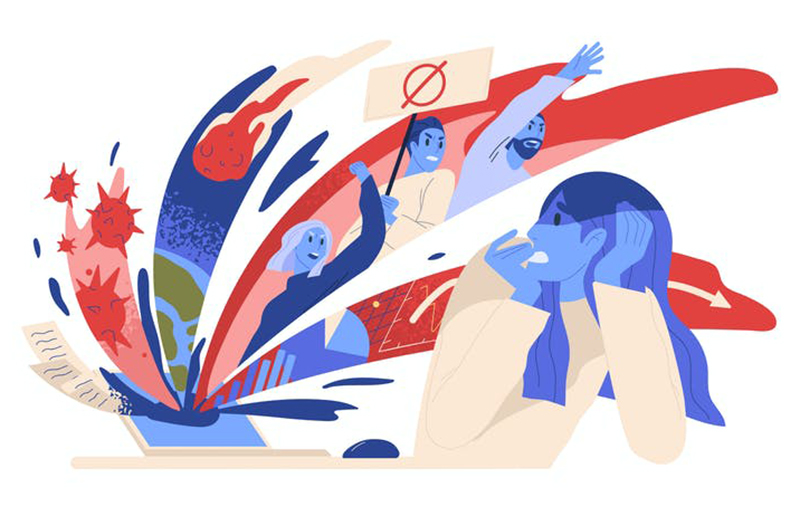 Unconsciously anxiety may also lead to denial of facts through the use of fantasies. When we cannot bear the anxiety associated with the facts, we may become out of touch with the real world. Denialism is found in conspiracy theories, “alternative facts” which generate controversy where there was consensus, or the failure to distinguish what is true and not true on climate change, vaccines, or the premature declaration of an electoral victory. Denial compromises our ability to see a situation for what it really is, costs lives, and fuels hatred and hostility in social relations.

Dealing with anxiety means transcending our denial and narcissistic preoccupations, and revising our theories to accommodate the facts. It is a demanding but self-advancing personal act of understanding to bear the anxiety rather than seek to escape from it, and to recognise and accept loss as what the philosopher Soren Kierkegaard in his book The Concept of Anxiety called an inevitable part of our human condition.

In pathological mourning many people may fall into depression, stuck in the reluctance to part with what is lost. In contrast, a healthy approach to mourning is gradually coming to terms with the loss by facing the facts. Reality testing starts with the study of ourselves, the patterns we repeat and the contradictions in our thoughts and actions. We improve it by weighing evidence, expanding our knowledge, becoming at ease with uncertainty, practising patience and being open to change. Against our hope, we might end up at the losing side in an election.

As the psychoanalyst Wilfred Bion noted in his book Transformations, while we instinctively resist the mental suffering of painful truths, we evolve by gradually and kindly deciding to acquire the ability to bear the loss, accept the sadness, and maintain the constructive realisation that good continues to exist, so not everything is lost.