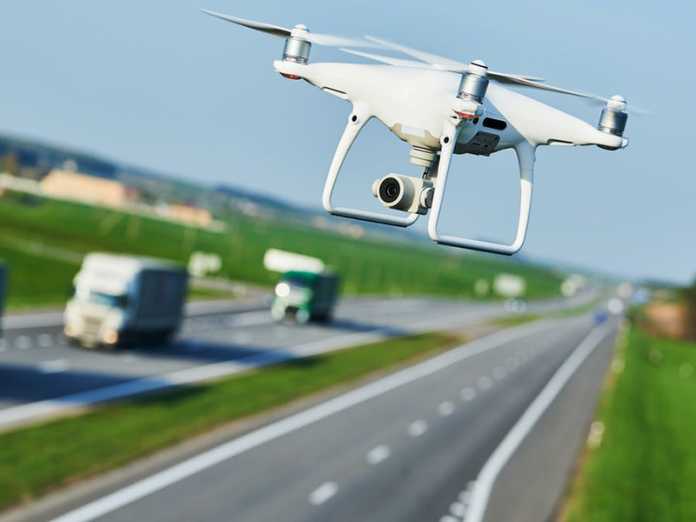 These days almost everyone has either flown a drone or listened to the nasty whining sound they produce. Although small drones (up to 20kg) are about 40 decibels quieter than conventional civil aircraft, they produce a high pitched noise – which people tend to find very annoying.

One Nasa study found that drone sounds were more annoying than those made by road vehicles. And my own research has found that the noise of drones is less preferable than that of civil aircraft – even at the same volume.

Part of the problem is that drones often fly at relatively low altitudes over populated areas that are not normally exposed to aircraft noise. This is likely to lead to tensions within the exposed communities. Unquestionably, if the noise issues are not tackled appropriately, they could derail the wider adoption and commercialisation of drones and put at risk the significant societal benefits that they could bring.

For example, small to medium size drones are already used for multiple applications such as medical deliveries and the search for missing persons. Another innovation in commercial aviation is the development of electrical vertical takeoff and landing (and possibly autonomous) vehicles to transport people in cities.

In 2019, I started a line of research which aimed to answer two big questions: how will communities react to these new vehicles with unconventional noise signatures when they begin to operate at scale? And how can the design of these new vehicles be improved to protect the health and the quality of life of the people living in those communities?

To answer the first question, we investigated how a drone operation could influence the perception of a series of typical sound environments in cities. As drones cannot be flown closer to people than 50m, virtual reality techniques were used to produce highly realistic scenarios with a drone hovering in a selection of urban locations.

This laboratory study found that the noise generated by the hovering of a small quad-copter significantly affected the perception of the sound environment. For instance, an important increase in noise annoyance was reported with the drone hovering, particularly in locations with low volumes of road traffic. This suggested that the noise produce by road traffic could make drone noise less noticeable. So the operation of drones along busy roads might mitigate the increase of noise impact caused in the community.

Bonython: A world first drone delivery trial is dividing residents on the outskirts of Canberra. Some are so fed up with the noise they’re now spending their weekends away. A taste of what’s to come as the program spreads. @jenbechwati #Bonython #Drones #7News pic.twitter.com/ryRUStaFv7

We are now testing a wide variety of drones, with different operating manoeuvres. We seek to better understand and predict human responses to the drone sounds and to gather meaningful evidence to further develop the regulation of the sounds they produce.

By integrating human responses into the design process, the most undesirable noises can be avoided in the earliest stages of vehicle development.

This can either be done directly with subjective testing (human participants assessing and providing feedback for a series of drone noise samples) or through the use of so-called psycho-acoustic metrics which are widely adopted in the automotive industry. These metrics allow an accurate representation of how different sound features (pitch, temporal variations, tones) are perceived. We want to use them to inform the design of drones. For instance, optimising the position of rotors to make drones sound less annoying.

The combination of virtual reality techniques and psycho-acoustic methods to inform the design and operation of drones will avoid costly and inefficient ad-hoc corrections at later stages, going beyond the traditional approach for aircraft noise assessment. But more importantly, if drone manufacturers incorporate these strategies into their designs, they might just build machines that are not only efficient, but also, just that little bit less irritating.

Dr Torija Martinez is internationally recognised researcher with an excellent track record in the modelling of transportation noise (from road traffic to novel aircraft) and the assessment and management of community noise impact. He has published more than 30 papers in world-leading peer-reviewed journals, including Nature Energy, 44 papers in national and international conferences, 4 books/book chapters, and 1 patent (WO/2014/020213). Dr Torija has participated in several research projects funded by EPSRC, Innovate UK and industry.