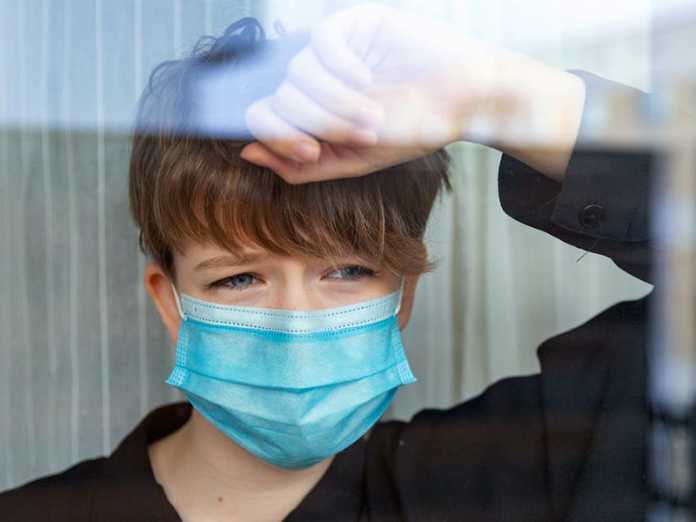 Throughout the pandemic, decisions made by adults have had a significant impact on all aspects of young people’s lives, yet some teenagers feel their voice and experiences during the pandemic have not been heard. The political has become personal for many, leading some young people to become increasingly engaged with politics and involved in community action.

Research undertaken by my colleagues and I at the University of Huddersfield and consultancy Ecorys, funded by the Nuffield Foundation, has been exploring young people’s experiences during lockdown, including their engagement and involvement with politics. The research project, Growing up under COVID, involves 70 young people aged 14-18 in the UK, Italy, Lebanon and Singapore.

The study findings provide a compelling critique of political decisions affecting young people while reinforcing the idea that young people need to be more centrally involved in decision making, especially during a crisis.

A chance to connect

Our research highlights that some young people feel their voices and concerns have not been acknowledged, that they have been prevented from speaking out and asking questions as a result of their age. Even when young people have taken the initiative to organise campaigns to write letters to leaders, they receive little response.

Where young people have experienced meaningful audiences with politicians – such as a Q&A session with Nicola Sturgeon, Scotland’s first minister – these have been experienced positively. A 14-year-old girl in England told us:

Youth Parliament Devon had the chance to speak to the Children’s Commissioner for England, which was an amazing experience. She was doing a bit of almost an interview with us and … we had the opportunity to share our views and concerns and worries over the pandemic and what we thought wasn’t being done for young people … just even talking to her felt like we were making a difference.

Politicians taking the opportunity to connect with young people – beyond the imperative of informing decision-making – sends a positive message to young people that they are valued as citizens. And young people want more of it.

In response to perceived shortfalls and lack of accountability in political leadership during the pandemic, many of the young people we spoke to have developed increased levels of interest in politics and their own democratic roles. This has been enabled by social media and fuelled by a growing awareness of real life events unfolding around them.

The Black Lives Matter (BLM) movement and, in the UK, the increasing hardship experienced by many families and the campaign for free school meals were particular touchstones. Aisha, aged 17, commented that:

I was disgusted to find out that MPs rejected Marcus Rashford’s campaign to extend free school meals over the summer … You’d think that with all the families currently struggling financially … the government would be more willing to help out.

Far from assumptions that they are too young to understand or contribute to political decision making, young people can be acutely aware of what is happening, are concerned about the injustices that are increasingly evident and want their right to contribute as citizens in democratic processes to be recognised.

All we want is to be heard, not ignored and have decisions made for us by people that probably are no more qualified than us. Politics seems a lot like a hit and run these days – they don’t listen, then screw something up and … instead of addressing it they run off.

During this global pandemic I think young people have shown despite adversity, we can stand together for a common cause and for what is right… examples being BLM -… and the protests [over] GCSE and A Levels [results].

One of the most inspiring findings from the project has been how young people have engaged directly in community initiatives. One young person reflected:

[I] wanted to get involved in more things and feel I’m helping in some way. I didn’t want to just be sitting around when I know that there are some things I can do. I was volunteering in the village, calling up elderly people whose families are quite far away to check in on them weekly, and just got involved in lots of other projects.

The value of young people’s contribution to society is clear. As Amelia states:

I want decision makers to know they have the power to listen to us and together we can make great change, … our voices do not need to be louder; they are loud enough to those that choose to listen. Even the quietest ones.

This is the time for us to start taking young people seriously, listen to what they are telling us and support their involvement as a force for change. There are no alternatives for building sustainable, inclusive and democratic futures.

Names have been changed

Professor Barry Percy-Smith is Director of the Centre for Applied Childhood, Youth and Family Research in the School of Human and Health Sciences, University of Huddersfield.