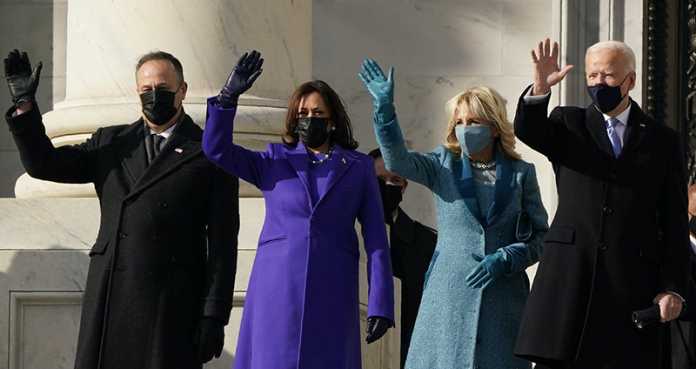 Over the past few months, I’ve been editing a book about soulful beliefs, practices and feelings that overflow from their religious and spiritual origins into secular and profane spaces. I’ve also been wondering what Joe Biden means when he talks about restoring the soul of America.

In a country fatigued by COVID-19, Zoom calls and a president who thought he was entitled to grab the bodies and attention of his fellow Americans, it appears that Biden wants to offer us some solace. A politics of kindness that permits intentional listening and introspection. Or at least a news cycle that is less taxing, chaotic and demanding.

Such discussions of the American soul are often interpreted through the prism of Biden’s Catholicism and Irish ancestry. On occasion, they are also read as a sign that we will be returning to the tone and texture of the Barack Obama years and the calm authority of “no-drama Obama.” Yet they are rarely connected to what the African American intellectual W.E.B. Du Bois called the “souls of Black folk.”

It remains difficult for Americans who live in a racially segregated country to consider how African American social and political thought might have informed the thinking of an “average Irish guy” about soul.

Communicating with a post-soul generation

Even though Biden was a moderate Irish American who was psychically distant from the activist fervour of the 1960s, he participated in an American culture transfixed by Martin Luther King Jr.’s soulful call for people to be judged on the content of their character rather than the colour of their skin.

He also lived through a period in which Black artists in music, performance, dance, fashion, food, film, literature and visual culture advanced a thrilling vision of soul power.

Obama and Kamala Harris are too young to have participated in the Civil Rights Movement of the 1960s and are, in age or temperament, part of a “post-soul generation” . Yet, because of their skin colour and Biden’s ability to work with segregationist senators in the 1970s and ‘80s, the American media remains more likely to associate them with the soulful, redemptive humanism of the 1960s than Biden.

The outcry over one of Biden’s gaffes during the 2008 presidential campaign is one revealing example of what Obama might call the “chasm of misunderstanding that exists between the races.” After describing Obama as “the first mainstream African-American who is articulate and bright and clean and a nice-looking guy,” Biden was thought to have perpetuated antiquated stereotypes about African American intelligence and cleanliness. Or, at the very least, was portrayed as a political dinosaur surprised by the existence of an African-American candidate who appeared articulate, bright and clean to mainstream America.

While Biden was criticized for his ham-fisted attempts to make it clear that he did not think “all Blacks look alike,” a younger generation of post-soul politicians were praised for strategically using the phrase “people who look like me.”

After George Zimmerman deemed Trayvon Martin a suspicious young man wearing a hoodie and fatally shot him in 2012, Obama didn’t point out that Martin was vulnerable to such violence because of racialized ways of seeing and stereotypes about young Black men wearing hoodies. Instead, he chose to acknowledge the power of family metaphors in American popular culture and noted that, if he had a son, he would “look like” Trayvon Martin.

When Harris became Vice-President-elect, we were similarly bombarded with articles about how she sent a message of hope to young women of colour who “looked like” her. Harris is also featured on the front cover of Leadership Looks Like Me, a colouring book containing affirmations meant to inspire children and adults alike. 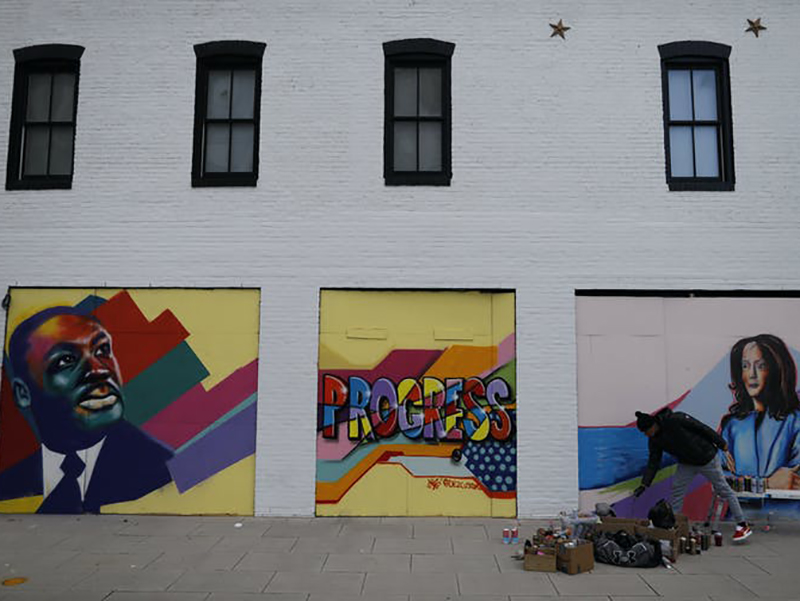 For my book about the history of soulful resistance, I interviewed African Americans who participated in a civil rights movement or produced work that was deeply inspired by a 1960s protest ethic. Many noted their discomfort with the contemporary discourse of “people who look like me.”

Some associated it with an image-based and superficial culture. Others connected it to profiteers and schemers who appropriate collective struggles for personal or career advancement. All were convinced that getting individual people of colour into powerful positions was a means to tackle structural inequalities, not a goal in and of itself.

They were concerned that a smattering of new faces in slick, official forms of multiculturalism may distract or co-opt campaigns to challenge racial hierarchy and neo-colonialism wherever it may be in the world.

If we are to include the substantive contributions of African Americans in our discussion of an American soul, we cannot presume that this is limited to the mere inclusion of African Americans in a Biden cabinet that “looks like America.” After all, such visual diversity may divert people away from a Black political identity that is defined by mental attitude and consciousness rather than skin tone.

We may feel too fatigued to question who benefits from the discourse of “people who look like us.” But if we are to deepen and develop our understanding of the American soul, we can’t ignore the seriously soulful campaigns in the 1960s that talked about building solidarity with “people who feel like us” and participate in the struggle for freedom and justice with us.

Daniel McNeil is an Associate professor, Carleton University. He is an award-winning writer and Professor whose work brings together History, Diaspora Studies, Cultural Studies, and other fields of inquiry to map the movement of people and ideas within, across, against and outside the nation-state. Following the publication of McNeil’s Sex and Race in the Black Atlantic – a book that disrupts the regimes of representation that have framed ‘mixed-race’ subjects as pathological objects and ‘post-racial’ icons – he was appointed the Ida B. Wells-Barnett Visiting Professor of African and Black Diaspora Studies at DePaul University. This position was created to honour the crusading journalism of Ida B. Wells-Barnett and support intellectuals with a proven track record of research excellence in African and Black Diaspora Studies.

He joined Carleton University in 2014 as its strategic hire in Migration and Diaspora Studies and an Associate Professor in History. In 2015 and 2018, he received Research Awards from Carleton for building sustained connections across the university and its local, national, and international partners. He is currently cross-appointed with the Department of Sociology and Anthropology, the Institute of African Studies, and the Institute for Comparative Studies in Literature, Art and Culture.