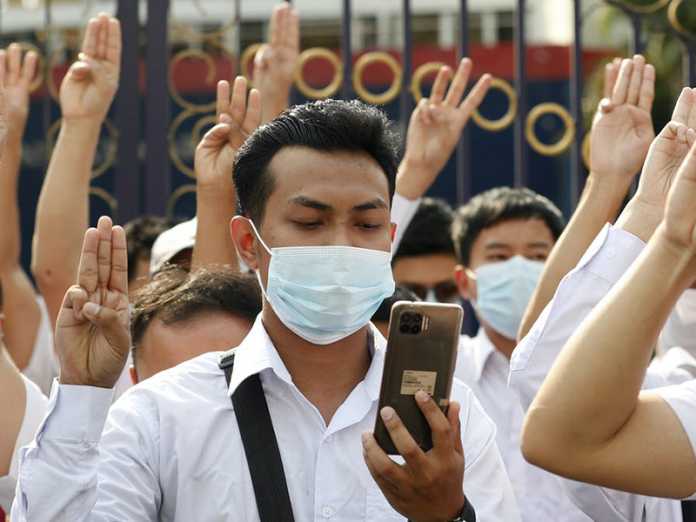 What do the internet memes Doge and Cheems, the Hollywood film franchise The Hunger Games, and a sachet of instant tea have in common? They are all part of a rich lexicon of protest now being deployed by young activists contesting Myanmar’s military coup.

The country has been in turmoil since the military seized control on February 1, imprisoning state councillor Daw Aung San Suu Kyi and leading NLD party officials, who won another landslide victory in November’s elections.

But, as a new generation of protesters take to the streets of the country’s towns and cities in growing numbers, they are drawing on a range of internet memes, slogans, cartoons, and cultural symbols to make themselves heard and mobilise support within the country and across the region.

The three-finger salute, initially appropriated from the hugely popular The Hunger Games trilogy by young democracy activists protesting the 2014 military coup in neighbouring Thailand, is their shared signal of defiance, enumerating the need for equality, freedom, and solidarity as they find themselves engaged in a similarly dystopian struggle with an unscrupulous tyrant.

They deploy cartoon characters including Pepe the Frog and the internet memes Doge and Cheems to ridicule senior general Min Aung Hlaing and other junta leaders. Their placards are in English as much as Burmese, and they now set the protest songs employed by previous generations of the country’s pro-democracy activists to western rap and hip-hop soundtracks.

Myanmar’s young protesters epitomise a culture of transnational activism now favoured by a generation of technically savvy and increasingly cosmopolitan young people intent on resisting the imposition of authoritarian agendas.

Sharing a taste for (milk) tea

As the authorities suspend the internet and block social media platforms such as Facebook, many are resorting to VPN access to get their message out on Instagram, TikTok and Discord through an avalanche of rapidly mutating hashtags. Likeminded netizens in Hong Kong, Taiwan and Thailand are working in support through the Milk Tea Alliance, a movement pushing for democratic change across south-east Asia and beyond.

Thai artist Sina Wittayawiroj’s illustration of a set of fists defiantly holding aloft steaming cups of milk tea – fast becoming the unofficial logo of the alliance – has now been joined by one bearing the Myanmar flag. Images of Royal Myanmar “Teamix” sachets, featuring its distinctive milky brew much like Thailand’s orange-hued and Taiwan’s boba tea, are being enthusiastically disseminated on social media and emblazoned on street placards. 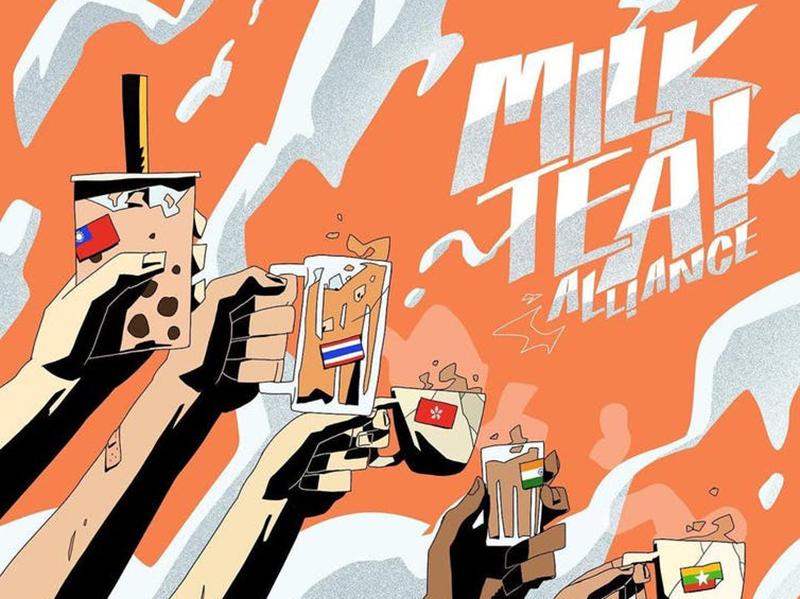 Like other members of the alliance, they are quick to blame China (where tea is of course traditionally served without milk) as they accuse Beijing of lending the Myanmar military logistic support as well as working to undermine democratic rights and freedoms elsewhere in the region.

Solidarity is being expressed by the alliance in other ways. Some young activists in Myanmar are wearing hard hats like the “flashmobs” in Hong Kong, and others have created impromptu “Lennon Walls” on bridges and underpasses redolent of those created by the Umbrella Movement there. These, in turn, were inspired by anti-communist street propaganda in Europe’s former Eastern bloc shortly after the assassination of the Beatles front man.

Young members of Thailand’s Progressive Movement and anti-establishment organisation Ratsadon (The People) have organised solidarity protests banging pots and pans as anti-coup demonstrators are doing nightly in Myanmar to drive out evil spirits which have torn down their fledgling democracy.

One young aerobics instructor in the the Myanmar capital Naypyidaw happened to record a video of her regular workout session in front of the Burmese government buildings as armoured personnel carriers moved into the shot. This has subsequently been set to an Indonesian protest anthem which has gone viral.

Art and music are being expertly employed to articulate messages of protest and solidarity that bridge cultural and linguistic divides and unite political interests.

The past is a foreign country

Not for the first time, young people – particularly educated young people – are playing a decisive role in Myanmar’s growing civil disobedience movement. Student protests in 1920, 1936, 1962, 1974, 1988, 2007 and 2015 have been part of the long struggle for independence and democracy. They ignited the momentous democratic uprising in 1988, and the so-called “Saffron Revolution” in 2007, when the country’s monks joined them on the streets in a defiant show of moral support.

For the most part, these popular uprisings were violently crushed. It is estimated that hundreds if not thousands died in the 1988 uprisings alone. How is this latest expression of dissent likely to be any different? Already we hear of police brutality and with the protests gathering momentum it is likely the authorities will respond with increasing force. 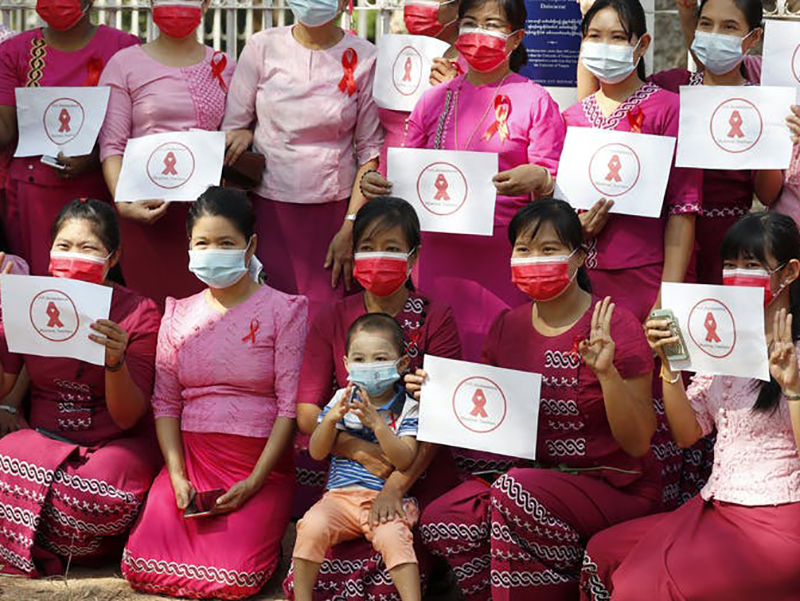 Indeed, the stage is set for just such a confrontation as the commitment of young people – largely innocent of history but with a brief taste of freedom – encounter the dark forces of authoritarian rule that have yet again undermined a democratic future for their beleaguered country.

And yet there is hope that this generation of young activists might succeed where others have failed. They are politically and technically literate. They inhabit a wider world than young pro-democracy activists in Myanmar have done in the past. They have access to new places and spaces of protest thanks to the technological benefits of globalisation. They are actively forging new networks of solidarity and resistance beyond their country and communities. They are, in short, on the right side of history.

Richard Dolan is a Post-doctoral researcher, University of Oxford. He recently completed his DPhil at the Oxford Department of International Development. He has a professional background in education, capacity-building and development in South America and Asia.

His work and academic interests concentrate on education and development in post-conflict and transitional contexts, with a particular focus on Southeast Asia. Following research on education for Karen refugee communities in northern Thailand, he worked on public sector capacity-building and vocational training for the UN peacekeeping mission in East Timor. From 2014-2017 Richard was involved in developing integrated peace and training initiatives with non-state groups and civil society organisations in Burma’s ethnic border regions in support of the country’s ongoing peace process.

Richard occasionally provides news and commentary on ethnic issues in Burma and has written for New Mandala, Myanmar Times, The Diplomat, and The Conversation. In Oxford, he has contributed to Tea Circle, the University’s Forum for New Research on Burma/Myanmar, developed policy guidance on ethnic political inclusion following the country’s historic elections in November 2015 and as part of the inaugural Oxford-Myanmar Policy Brief Series.