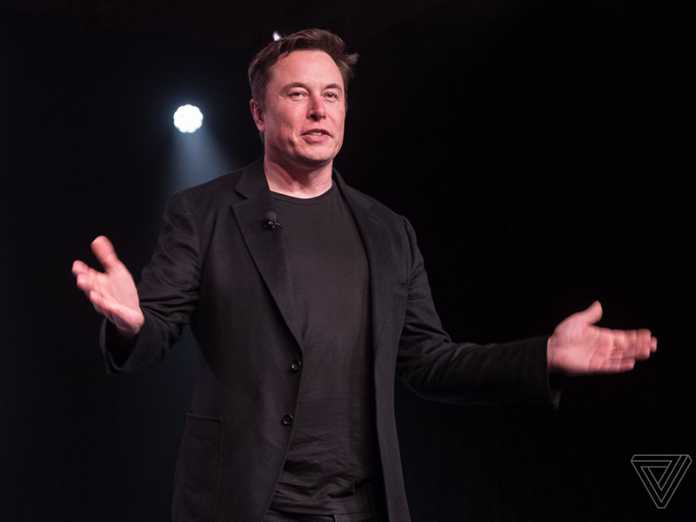 This article outlines leadership lessons from Elon Musk. It differentiates between hard and soft leadership. It illustrates with examples of inspiring leaders globally. It substantiates that Steve Jobs was a hard leader while Elon Musk is a soft leader. It concludes that Elon Musk is a visionary and transformational leader who dreams big to achieve big. He is an inspirational icon for all generational cohorts.

“In order for us to have a future that’s exciting and inspiring, it has to be one where we’re a space-bearing civilization.” ― Elon Musk

The eminent people including Elon Musk, Rand Paul, David Cameron, Charlie Sheen, Ben Stiller, Sarah Jessica Parker, Gordon Ramsay, Ted Cruz, and Marco Rubio fall in the category of Generation X.  In this regard, we will discuss Elon Musk who is an inspiration for Generation X for his vision, mission, execution, and innovation.

Elon Reeve Musk was born on June 28, 1971, in Pretoria in South Africa.  He is an inspiring entrepreneur, inventor, and investor.  He is the founder of X.Com which later became PayPal, one of the largest internet payment companies. He is also the founder, CEO, and CTO of SpaceX.  He is an extraordinary achiever who acquired eminence through his innovation and entrepreneurship. Here are some leadership lessons you must learn from him.

Dream Big: Elon Musk dreamed big and achieved big in his life.  To achieve big, you must believe in your dreams. His dream of self-driving electric cars and passenger flights is a matter of time to succeed.

Follow Your Heart: He followed his heart. He forced himself to live off $1 per day to pursue his entrepreneurial passion when he was 17 years old. He discontinued his higher education to explore his entrepreneurial ideas and succeeded. Hence, don’t chase money. Follow your passion then money will chase you. He rightly remarked, “People should pursue what they’re passionate about. That will make them happier than pretty much anything else.”

Be a Visionary: He is a visionary leader. His vision is to colonize Mars soon. He has an ambitious vision to execute and is in the process of achieving them. The moment he achieves, he will be remembered in the history of mankind for setting the trend for other entrepreneurs to follow.

Be Ambitious but Realistic: He is an ambitious entrepreneur who knows how to push the envelope. Ambition drives people forward to accomplish the impossible. He follows the road less traveled. He remarked, “I always have optimism, but I’m realistic. It was not with the expectation of great success that I started Tesla or SpaceX… It’s just that I thought they were important enough to do anyway.”

Work Hard: He is a workaholic and passionate about his work. He works hard to accomplish his goals. He had only taken two weeks off in the last 12 years. He once remarked, “Work like hell. I mean you just have to put in 80 to 100-hour weeks every week. [This] improves the odds of success. If other people are putting in 40-hour workweeks and you’re putting in 100-hour workweeks, then even if you’re doing the same thing, you know that you will achieve in four months what it takes them a year to achieve.”

Be a Voracious Reader: He read lots of books since childhood. Books served as seeds to his entrepreneurial ideas and success.

Be a Risk-Taker:  Higher the risk and higher the return! Elon Musk took risks in every company that he founded and reaped rewards.

Learn Lessons from Failures: He encountered several failures initially during the rocket launch and learned lessons. Although he encountered many obstacles in design and testing, he keeps moving forward. He remarked, “A failure is an option here. If things are not failing, you are not innovating enough.”

Be Persistent: He doesn’t give up his goals and objectives. He revises his strategies by taking feedback from all sources to improve his products and services. He rightly remarked, “Persistence is very important. You should not give up unless you are forced to give up.”

Suffer now to Succeed Later: Success comes at a cost. Success comes with a lot of struggles and sacrifices. Elon Musk underwent lots of trials and tribulations initially due to a lack of funds. There was volatility, uncertainty, complexity, and ambiguity in his entrepreneurial career initially. At one time, he was on the verge of bankruptcy when Tesla Motors was in a financial mess. However, he survived by taking corrective measures quickly. When you want to grow in your life you have to suffer now to succeed later.

John C. Maxwell writes in his book, Be All You Can Be, “We can either work with people or war against them.  We can be plows or bulldozers: The plow turns over the earth, stirring it up, cultivating it, making it a good place for seed to grow; the bulldozer scrapes the earth, pushing obstacles aside.  Both plows and bulldozers are useful instruments, but one wrecks while the other cultivates.  The plow type of leader sees in people riches waiting to be uncovered and cultivated; the bulldozer type of leader sees in people obstacles to be destroyed. Be a cultivator!”  Hence, soft leaders are like plows while hard leaders are like bulldozers.

Hard leadership suits when the problems are simple and clearly-defined while the soft leadership suits when the problems are complex and needs a lot of patience and perseverance to resolve.  Soft leadership is centered on the core values of “authenticity” and “empathy”. It focuses on the principles of caring, appreciation, persuasion, negotiation, and empowerment. Soft leaders work for a higher collective purpose, mission, and vision. They inspire their employees to work harder, smarter, and wiser emphasizing common vision and organizational culture. It helps them connect with other employees emotionally to contribute their best.  In contrast, the hard leaders focus on specific goals and agreed-upon rewards which are purely transactional in nature. Soft leaders are considered to be flexible, offering guidance to employees, yet allowing them to be initiative and creative. In contrast, hard leaders are considered to be more goal-focused, less caring for their subordinates’ individual needs, or absent from the process of decision-making. Precisely, hard leaders encourage competition while soft leaders encourage collaboration. Since soft leaders focus on people-orientation, they will be able to provide satisfaction to employees and enhance organizational productivity and performance. Additionally, they lead by example, walk their talk, and empower others with all the tools necessary to succeed and make a difference.

Hard versus Soft Leaders with Examples

Elon Musk is an unconventional entrepreneur who is the jack of all trades and master of innovation and entrepreneurship. He is the CEO and CTO of SpaceX, CEO and product architect of Tesla Motors, Chairman of SolarCity, founder of SpaceX, and co-founder of Zip2, PayPal, and Tesla Motors. Usually, inspiring entrepreneurs including Steve Jobs entered into one area only whereas Elon Musk entered into multiple areas. Although technology is the connecting thread for both Elon Musk and Steve Jobs, the former explored in many areas including engineering, artificial intelligence, automobile, energy, solar power, banking, and rocket science while the latter explored in one area only. Elon Musk is a workaholic while Steve Jobs worked at his own pace. Elon Musk wants to bring down the cost of space travel while Steve Jobs brought down the cost of phones. Both are visionary leaders with intentions to leave their footprints in history. Their destination is one but journeys are different.

Leadership is contextual and situational. Leaders act as per the prevailing business environment and opportunities. Additionally, Elon Musk is a Gen X leader while Steve Jobs was a Baby Boomer. To summarize, leaders are different with different leadership ideas and insights.

“If you’re trying to create a company, it’s like baking a cake. You have to have all the ingredients in the right proportion.” ―Elon Musk

Elon Musk is an ideal entrepreneur who raised the bar of innovation globally. He raised the expectations of the people by exploring beyond the planet. He will be remembered for his entrepreneurial adventures and innovation. The ambitious entrepreneurs must learn lessons from his innovation, entrepreneurship, and leadership. To conclude, Elon Musk is a visionary and transformational leader who dreams big to achieve big. He is an inspirational icon for all generational cohorts.

Professor M.S. Rao, Ph.D. is the Father of “Soft Leadership” and Founder of MSR Leadership Consultants, India. He is an International Leadership Guru with 38 years of experience and the author of over 45 books including the award-winning ‘21 Success Sutras for CEOs’ URL: http://www.amazon.com/21-Success-Sutras-Ceos-Rao/dp/162865290X. He is a prolific author and a dynamic, energetic and inspirational leadership speaker. He can be reached at [email protected].