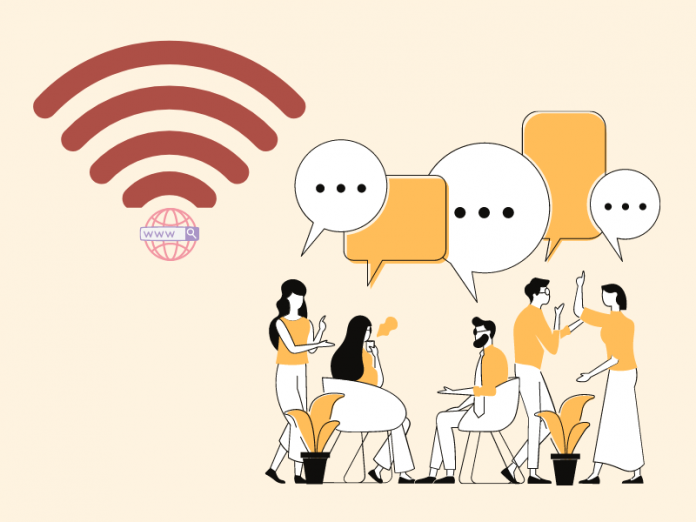 In an age and society where web access could scarcely be more essential, the need to give everyone adequate broadband coverage only grows stronger.

The UK, as of December 2020, was positioned only just within the top 50 countries for broadband and mobile speed. An ISPreview study acknowledged some year on year progress while observing that “development has struggled a bit to keep pace” with the pack.

More optimistically, the Internet Accessibility Index report placed the UK 6th out of 169 countries in January. But with the likes of Sweden, Lichtenstein and chart-toppers Denmark doing better – is the UK delivering on its broader broadband ambitions? This review by BroadbandGenie.co.uk weighs up if the UK can reach it’s broadband target.

Given the UK’s lowly global gigabit ranking, the country is making slow progress to keep pace with the rest of the world when it comes to broadband speed. While costly upgrade projects pursue ambitious targets, questions remain over this government’s commitment to delivering next-gen broadband coverage.

Faster speeds is one thing, but coverage is key. Getting the whole of the UK, however remote, as close as possible to 100% access is a crucial goal. If this is the aim, then where are we now?

Asymmetric Digital Subscriber Line (ADSL) broadband is the most basic and broadest connection type. It is estimated as being available to 99.4% of the country with an average speed up to 10.4Mbps, as of November 2018.

The reality is that ADSL speeds can range from as low as 1.5Mbps, driving demand for greater availability of faster fibre services.

Fibre to the cabinet (FTTC) broadband is the UK’s most prevalent high-speed (30Mbps+) option, boasting over 86% of coverage. This also includes “superfast” solutions like Virgin Media’s network, a hybrid FTTC technology, currently claiming availability to 55% of UK homes.

Full, genuine fibre to the premises (FTTP) remains more rarified, however. A study released in January 2020 claimed FTTP ISP’s were reaching at least 19.2% of premises, marking a 5.6% rise during 2020.

With Openreach striving for FTTP delivery to 15-20 million premises by 2025, this drive for “gigabit” accessibility is paramount.

A number of recent broadband development projects, of varying success, have been relevant here.

Building Digital UK (BDUK) is behind the Department for Digital, Culture, Media & Sport’s push for super fast and gigabit rollouts. Its key goals include providing country-wide full-fibre coverage by 2033, with widespread 5G provision by 2027.

March 2021 saw the £5bn scheme relaunched as ‘Project Gigabit’ with a renewed pledge to plumb over 1 million remote homes and businesses with next-gen connectivity.

Seen as integral to post-Covid recovery, the transformative effect of giving typically “slow” bandwidth access to 1Gbps is tantalising – not least, politically.

“Project Gigabit is the rocket boost that we need to get lightning-fast broadband to all areas of the country,” said UK Prime Minister, Boris Johnson.

Indeed Johnson’s ambitions have curtailed somewhat since earlier promises made in Autumn 2020. His suggestions that universal, 100% gigabit coverage would be achieved by 2025 seemed unrealistic at the time and an open invite to deeper scrutiny.

A DCMS select committee report “Broadband and the Road to 5G” published its verdict in December 2020. Inquiry findings called nationwide gigabit broadband by 2025 an “unrealistic aim” and that “no genuine belief” existed within the sector.

With at least 10 countries, including Japan and Spain, claiming 95-99% full-fibre coverage – considerably bigger regions than the UK are there, but at the end of successful infrastructure projects lasting 10-20 years.

Allowing for such adjustment, November 2020 saw the goal adjusted to achieve 85% coverage within the next five years.

A March 2021 briefing report reaffirmed this new target, citing Ofcom’s figure of 95% FTTC coverage as an existing infrastructure benchmark. With current gigabit-capable broadband only accessible to 27% of UK premises, however, is the timescale still optimistic?

Point Topic’s own broadband availability forecasts certainly suggest so. The independent market intelligence agency found a “five-year delay” would see anything close to 98% full-fibre coverage perhaps in 2030, or beyond.

With the extra 2% tending to represent the hardest to reach areas, it contextualises BDUK’s “rural first” funding approach – even in the face of compromised viability.

The practical challenge of FTTP, to the remotest of premises, remains a costly full coverage snag to overcome.

In his 2020 Spending Review the UK Chancellor, Rishi Sunak, rolled back on the previous spending pledge. Releasing just £1.2bn of the overall £5bn allocated to hooking up 20% of the “hardest to reach” would need to suffice over the next five years.

That news was met sceptically, with the BBC quoting the government’s own admissions that “reaching the final 1% of very remote homes could be prohibitively expensive.”

If FTTP viability here is uncertain, for all reasons, could attentions turn to alternatives such as satellite and mobile broadband? The former carries speeds between 12-100Mbps depending on ISP, offering superfast but not gigabit performance.

Mobile – primarily the 5G network – can exceed 1Gbps at peak and therefore compares more favourably. “In some places, 5G may provide a more cost-effective way of providing ultra-fast connectivity to homes and businesses”, said the DCMS in July 2018.

Last October, 5G coverage was reported at 320 UK locations with regulator Ofcom launching fresh spectrum auctions the following March. The government’s own aims to give the “majority” of the population 5G access by 2027 could yet prove pivotal to plugging FTTP connectivity gaps within next-gen targets.

Is this the end of trickle-down economics?

Influential Books About Women Empowerment and Being Your Own Boss

Happiness Is A Place Between Too Little And Too Much

What Are The World’s Most Traded Currencies?

How AI Is Innovating The Legal Industry