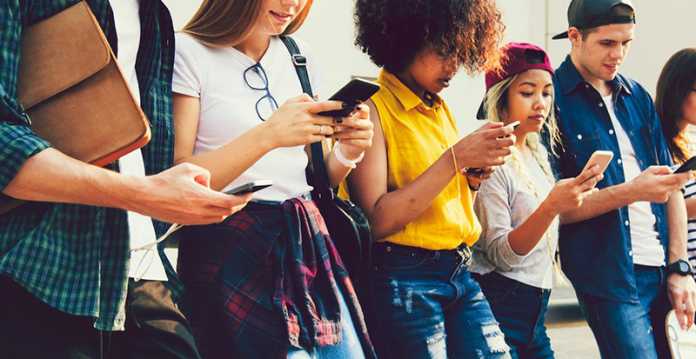 By Elodie Gentina and Emma Parry

Gradually over the past few years, the once-ubiquitous discussions about millennials are being replaced by an interest in the new kids on the block: generation Z – or, to give them a recently assigned alias – “Zoomers”.

According to most reckonings, to be genZ means you were born some time between 1997 and 2012 (although this varies depending on who you listen to – some estimates say the youngest Zoomers were born as late as 2015). GenZ is defined by the influential Pew Foundation as being:

More racially and ethnically diverse than any previous generation, and they are on track to be the most well-educated generation yet. They are also digital natives who have little or no memory of the world as it existed before smartphones.

But as with previous generations, the temptation is to lump this generation together and assume they all respond to similar experiences, attitudes and behaviours no matter where in the world they grow up.

Do you value independent, non-profit news?

Most notably, genZ has grown up in a digital world, saturated by technology. Media commentators tend to describe them as having similar consumption habits, creating a “global youth culture”. We wanted to challenge this one-size-fits-all approach, by focusing on one aspect of genZ: their use and experience of technology.

We looked at genZ media use in three Asian countries: Japan (east Asia), Vietnam (south-east Asia) and United Arab Emirates (UAE in western Asia). Our study has been published in a new book, Generation Z in Europe: Inputs, Insights and Implications.

Are all digital natives the same?

GenZ has been linked to hyperconnectivity, a constant attachment to their smartphones and the ability to easily learn new technologies and navigate websites and apps. When it comes to internet or mobile phone use, one-third of genZ-ers in Asia spend six hours or more a day on their phones and 36% of them say they “carefully curate” their online presence.

There are some minor differences in the online platforms used by genZ in each country. The Japanese use video-sharing websites (60.5% of respondents) the most and also play a lot of online games (50.7%). They also use social media every day – a recent survey found that Line was the most-used platform, followed by Twitter, YouTube, Instagram, Tik-Tok and Facebook. Live video broadcasting is also huge, with young people streaming on average between 300 and 500 minutes of content per month.

In Vietnam, 99% of genZ report having a Facebook account and 77% are on local social networking app Zalo. Interestingly, though, 99% say they still watch TV every day – compared with their peers in Japan where only 12% watch TV regularly.

As one of the most advanced digital economies in the world, the UAE also has one of the highest smartphone adoption rates at 96%. Generally, genZ in the UAE use their smartphones for an average of around three hours a day. But here we see the influence of the culture within different countries, as it is reported that some male family members limit the ability of their female relatives to access social networks, reflecting the traditional gender divisions within the UAE and affecting how people socialise and interact.

When it comes to how much genZ-ers in different countries trust what they see online, there’s quite a difference across the three countries we surveyed. A survey from DecisionLab found that Vietnam’s generation Z reports a high level of scepticism about the internet. When it came to trusted sources of information, parents and “experts” topped the list at 72%, while just 13% reported trusting online reviews.

In the UAE, concerns focus on smartphone security due to a national cybersecurity awareness programme targeted at the younger generation.

How do Zoomers shop?

When it comes to shopping, technology plays a key role in purchasing decisions across Asia. This manifests in different ways in the three countries. In Japan, the top three information sources that genZ used for purchase decisions were websites, such as online retailers (66.4%), family and friends (54.2%) and social media (40.9%).

Young people in Japan will search the internet to find information to support purchase decisions but also say they tend to discuss their intentions with their friends on Line before buying anything. Gen Z in Japan is greatly influenced in their brand selection by video content: they learn about new brands via video-based social media (YouTube or TikTok).

In Vietnam, by contrast, while genZ-ers also use the internet for shopping they reported being more likely to rely on their parents for advice when shopping for themselves.

In UAE, research suggests that genZ-ers prefer the physical shopping experience. If they use technology, it’s more likely to be to find out where they can go to get what they want and compare prices and quality. The UAE has some of the most advanced shopping malls in the world, where physical and virtual worlds are integrated.

How to reach your market

As with the rest of the world, we found some common ground across Asia: technology and particularly social media is an important influence on the way that Zoomers interact and make choices in relation to shopping and work. But social media used by this cohort is also shaped by cultural and traditional patterns within each country.

So even within one continent, there are important differences within genZ in relation to the use, and the influence of, digital technology.

We may be looking at a cohort of digital natives who have grown up with smartphones and social media technology, but it’s far too simplistic to talk about a single generation Z in relation to its characteristics and behaviour. Advertisers take note – do this at your peril: to reach your market, you first have to know how they get their information.

Elodie Gentina is an Associate professor, marketing, IÉSEG School of Management. She is a Doctor and professor-researcher in marketing at IESEG School of Management, Elodie Gentina is an expert on generation Z, also called “digital natives or Z”, grouping together individuals born after 1995. She is interested in the specifics of consumer behavior. of Generation Z as well as the challenges that Generation Z poses to Human Resources (New management methods). She runs her own study and research firm EG Consulting, specializing in Generation Z.

Elodie Gentina graduated from SKEMA Business School (formerly ESC Lille), where she was a research professor for 10 years thereafter. After obtaining a doctoral thesis (2008) and an Habilitation to Direct Research (2013) on the specificities of Generation Z consumption behaviors, Elodie Gentina is now Professor-Researcher in Marketing at IESEG School of Management.

Emma Parry is a Professor of Human Resource Management, Cranfield University. Professor Parry is Head of the Changing World of Work Group. She is a recognised expert in Human Resource Management (HRM) and plays a leading role in a number of global research projects in this area. These include Cranet, a worldwide network of over 40 business schools that conducts comparative HRM research, and 5C, a global research project involving around 30 academic institutions, examining cultural and age differences in attitudes towards careers.

Professor Parry’s research interests relate to the impact of the changing external context on managing people. In particular, she undertakes research on the influence of technological advancement, age demographics and generational diversity, and national context. Professor Parry has also undertaken a large number of research projects in relation to human capability within defence.