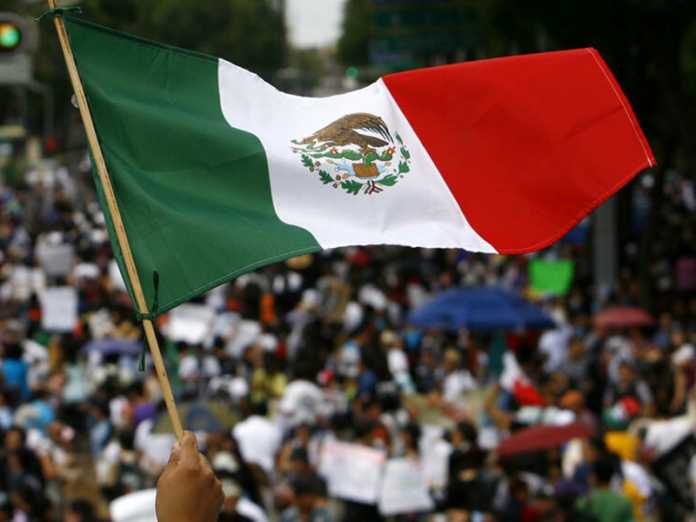 “Corruption is not a disagreeable characteristic of the Mexican political system: it is the system.”Gabriel Zaid, La Economia Presidencial

Smuggling, said Ravelo, is a business that operates in Mexico without a containment dam under the protection of senior officials at the SAT. Those close to the SAT high command, he added, rake in millions in cash distributed by large international smugglers, importers of Chinese fabrics and other goods.

Ravelo further revealed that the SAT’s top people and the Ministry of Finance are well aware that organized crime controls arms, drugs, and money trafficking through Customs. Moreover, they protect and shield corrupt officials like Guillermo Peredo Rivera, Central Administrator of Customs Operations at the SAT, whose story, Ravelo asserted, “has always been linked to corruption scandals.”

Peredo Rivera, who has been described as a “violent, explosive and authoritarian man,” has been spared despite a criminal complaint of abuse of power and his role in covering up alleged sexual abuse by another Customs employee. He even earned the nickname “The Chocolate Master” for his role in signing documents without the proper credentials.

Peredo Rivera has also long protected his protégés, including Edmundo Almaguer Contreras, who was accused of abusing his authority as a Customs official. Contreras’ wife just happened to work in the Central Administration of Customs Operation under Peredo Rivera. Recently, two more names can be added to the list: Juan Carlos Madero Lariós, a prominent advisor at the Tax Administration Service, and his supervisor, Luis Alfonso Lino Muñoz.

Others have reported that Madero Lariós and Lino Muñoz have operatives in one or more of the 32 Naval Maritime Search, Rescue, and Surveillance Stations (SEMAR) who provide cover for smuggling operations. Lino Muñoz, who has been called Madero Lariós’ “godfather,” is the Foreign Trade Assistant for Federal Tax Audits at Mexico’s Tax Administration Service.

Mexico has a long history of mordida, greasing palms and operating under a system of ‘functional corruption’ to get things done. In a 2013 article in The Atlantic, Mexico-based business consultant Lawrence Weiner flatly stated that “…modern Mexico has never functioned without corruption, and its current system would either collapse or change beyond recognition if it tried to do so.”

Weiner noted that few private Mexican fortunes have been made without colmillo (“fang” or cunning) – the owner’s ability to cultivate ties to the right officials and master the art of “mutually convenient” relationships. The system, he asserts, is built on mutual distrust outside “…the family.”

The result is that much of Mexico’s economy depends on monopolies and oligarchic cartels.

But what happens if corruption has become destructive to Mexican society, even to its natural beauty? What can be done to turn things around?

As Jude Webber reported in the Financial Times last year, the average bribe per person to public officials (including police and civil servants), as compiled by Mexico’s National Statistical and Geographical Information System (INEGI), rose from 2,273 pesos in 2017 to 3,822 in 2019 – equivalent to the monthly salary of 40 percent of Mexicans.

Corrupt public officials and their criminal patrons are today negatively impacting two of Mexico’s greatest treasures – tourism and the natural resources that make Mexico so attractive.

And so we must ask ourselves – Has Mexico moved beyond ‘functional corruption’ into chaos?

The typical “war” against public corruption in Mexico has been one group of corrupt officials discrediting their equally corrupt predecessors, with little if any reduction in theft. Thus, for Mexico to gain the world’s trust in its pursuit of effective anti-corruption strategies, the country must weed out corruption from within, without slowing its economy in the process.

The widely reported, and even more widely speculated, crimes at the Tax Administration Service should have already provided leadership with the golden opportunity needed to highlight and root out public corruption by current Mexican officials.

Yet Madero Lariós remains in his position, as do his protectors. In March, he represented the Tax Administration Service at an event announcing the Joint Railway Dispatch that is expected to expedite trains crossing the U.S.-Mexico border between Eagle Pass and Piedras Negras.

Opening up an investigation into the alleged and proven wrongdoings by public officials at the Tax Administration Service would shine light on major areas of public corruption. It would also send a signal to foreign governments and corporations that Mexico is finally getting tough on crime.

Duggan Flanakin is the Director of Policy Research at the Committee For A Constructive Tomorrow (CFACT). A former Senior Fellow with the Texas Public Policy Foundation, Mr. Flanakin authored definitive works on the creation of the Texas Commission on Environmental Quality and on environmental education in Texas. The views expressed are his own.