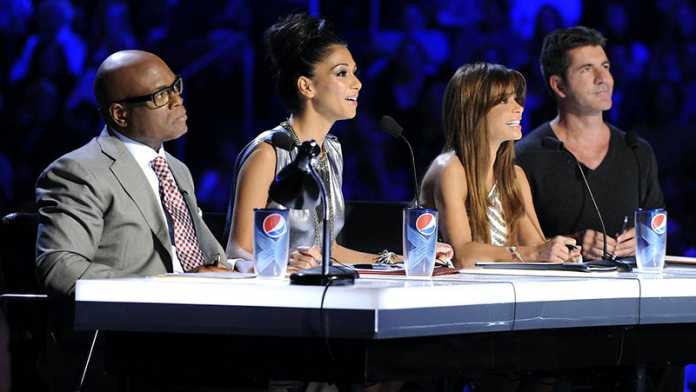 The UK channel ITV has announced that it has no plans to continue The X Factor. In its 17 years on the air, the show produced some enormous pop stars, including boy band One Direction and girl group Little Mix.

At its height in 2010, the programme’s average audience was 14 million viewers, exactly that of the UK’s two main TV soap operas, Eastenders and Coronation Street. And the comparison does not end there.

The X Factor was a formulaic show – a variant on the growing trend for reality shows in which “ordinary people” were filmed as they grappled with, and reacted to, challenging environments. Even so, its roots were in the long history of TV talent shows, among them Opportunity Knocks and New Faces. These were big shows in their time (1960-1990), and also produced stars. The difference between X Factor and its predecessors was, firstly, that it concentrated on pop music (the earlier shows, especially Opportunity Knocks, were “variety” ones, and tended to succeed with comedians).

The second major, and arguably defining, difference was that the X Factor was very much a soap opera in its own right.

From the outset, the show encouraged viewers to take sides -– both with the acts and with the judges themselves. This fomenting of rivalry was a deliberate strategy. Before the show debuted in September 2004, The Sun ran a two-page spread headlined “Inside telly’s nastiest reality show”. The feature concentrated on a supposed deep loathing between the three judges: Simon Cowell, Sharon Osbourne and Louis Walsh. In this way, even before the public could evaluate the new show, the parameters for its reception had been established by careful marketing.

The premise of The X Factor differed from its immediate forerunners Get Your Act Together, Pop Idol and Popstars, by giving the judges a central role in the audition and “development” process. The “reality” dimension of the show was, then, that the winners of the auditions were “managed” by individual judges. The management process was filmed and broadcast as part of the show, notably in the “boot camp” segment. Viewers aligned with contestants not just based on the musical performances, but on the emotional behaviour shown behind the scenes.

Cowell was central to this orchestration. Having been born into music industry privilege -– his father was a director of EMI (at that time, the UK’s leading record label) – he worked for EMI publishing after leaving boarding school. He moved on to create an independent record company and, when this failed, was taken on by BMG Records (also then a major record company).

Cowell’s success came with novelty records spun off from children’s TV series, middle-of-the-road crooners and boy bands. Cowell’s own singles releases by Robson and Jerome and by the Teletubbies sold more than Hey Jude.

This exposure to huge but unfashionable music markets gave Cowell the inside track when it came to devising a pop music talent show.

What his audience identified with was the look and the story of hopeful, talented unknowns. This proved compulsive viewing for almost two decades, but familiarity can always breed contempt. The X Factor showed that pop music can be a conservative as well as a disruptive cultural force.

The show was a skillful contrivance, but it was lucky in its timing, coinciding with the growing crisis of the recording industry, and the rise of social media.

The recording industry dominated the wider music industry from the 1960s onwards. In the UK this was initially attributed to the huge impact of the Beatles and then by the Beatles-inspired switch from the recorded single to the far more lucrative recorded album as the main music commodity.

But illegal file-sharing and streaming wrecked the industry’s business model. Major record companies failed to keep up, losing their “star-making” power and The X Factor stepped into this increasing void.

It is unquestionable that The X Factor produced stars, but the increasing popularity of social media helped their star power skyrocket.

The show paired “reality” elements with viewers’ desire to engage with and imitate celebrity lifestyles and values. With social media, it gave ordinary people the chance to become visible, and attract and influence followers.

The X Factor’s promotion of updated, but equally conservative “celebrity” pop music, was an irresistible force for the show’s first 10 years. The signing policy of the major record companies – their decisions about what genres and artists to favour – fell in behind these hit acts.

The X Factor replicated and exaggerated the turn to “manufactured” pop music with a guaranteed “profile” – Ariana Grande, for example, found fame first via a TV programme and then to pop stardom.

But as the seasons went on, it became clear that annually reheating the same dish was yielding diminishing returns. What, ultimately, was the difference between Leona Lewis and Alexandra Burke, or between Olly Murs and Matt Cardle?

All that The X Factor showed, ultimately, was that there were many young people who could sing in tune and dance in time. The show’s winners became indistinguishable from one another. Their success depended not on any “X Factor” of their own, but on writing teams who decided whether to serve them with hit tracks.

The show’s audience decreased rapidly in its second decade as attention turned to a new phenomenon – the online celebrity influencer.

Another coinciding global trend was the celebrity idol manufacturing culture in Asian countries. This is the model for hugely successful Korean pop (K-pop) and Japanese pop (J-pop) bands – young people are signed by production companies and moulded into pop superstars.

The international success of K-pop boy band BTS – with world record-setting online engagement and downloads – is a pop culture phenomenon that could not have been predicted in The X Factor’s heyday.

All of this occurred in the age of the smartphone and ultimate viewer control over what to watch and when to watch it. The idea that an entire nation would sit glued to its screens to discover which one of an identikit lineup actually possessed “the X Factor” has lost its force. Instead, the nation has fragmented into millions of users who switch restlessly between social media sites, uploading recordings of themselves as they go.

Perhaps, ultimately, The X Factor’s legacy is to have encouraged everyone to believe that they, themselves, have an “X Factor” – if only enough people would hit “like” and acknowledge it.

Mike Jones is a Programme Director for the MA in Music Industry Studies. Songwriter with Latin Quarter, most recent album ‘Tilt’ (May 2014) on Westpark Music. Monograph on Music Industry published by Palgrave-Macmillan 2012, The Music Industries: from conception to consumption.