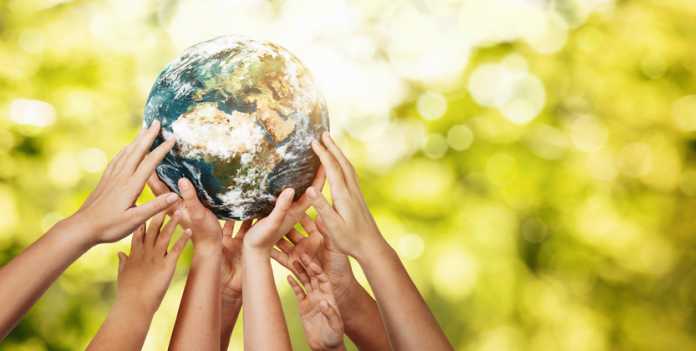 With the stark “code red” warnings from the world’s climate experts in the most recent report by the Intergovernmental Panel on Climate Change (IPCC) still ringing in our ears, it’s vital to give as many people as possible the tools with which to tackle the climate crisis. And key to this is encouraging climate literacy.

Climate literacy is the ability to identify, understand and explain information associated with climate science. Being climate literate allows individuals to become active participants in the fight against climate change.

Over the past few years, many young people and educators have pushed for the inclusion of climate literacy in national curricula. So what are the best ways in which this can be embedded within already packed school timetables?

The importance of stories

True climate literacy must address not only the science of climate change, but also issues of climate (in)justice, including how climate change affects people and places unevenly and amplifies inequalities within and across nations.

However, at present, much of climate change education is focused on the physical aspects of climate change, often at a global scale. Many people in developed countries like the UK therefore see climate change happening elsewhere and to other people, with less relevance to their own lives.

This collective psychological distancing means many fail to recognise the urgency of the climate crisis. We need to start highlighting the local effects of climate change to ground abstract understanding in reality.

One way to do this is through visual storytelling. Storytelling, often involving drawings and paintings, has been used by human communities to pass on knowledge or tales of caution for at least 30,000 years – as you can see from the cave painting below.

One effect of storytelling is its ability to create cognitive dissonance: the mental conflict and discomfort felt when a person’s behaviour does not align with their beliefs. Stories that demonstrate the consequences of not acting eco-consciously – especially if those consequences are shown visually – can be a good way to do this, leading to individuals being more likely to take climate action either in their own lives or by confronting corporate activities.

As part of the INSECURE project, which looks at how young people engage with coastal change, our research team at the University of Hull worked with geography teachers at Withernsea High School to develop new ways in which they could explore the local realities of climate change outside of the classroom. Withernsea, a town in an area known as Holderness on the east coast of England, is home to one of the world’s fastest receding coastlines with an average erosion rate of two metres per year.

Coastal retreat has in fact been recorded since Roman times, with over 30 settlements estimated to have been lost to the North Sea in the last 2,000 years. But the rates of retreat are accelerating due to changes in climate activity such as enhanced rainfall and extended periods of drought, and will continue to accelerate as sea levels rise, placing already vulnerable communities quite literally on the edge.

The Holderness coast is a key case study in England’s geography curriculum, with the science behind its eroding coastline taught to thousands of schoolchildren across the country. However, the teachers we worked with remarked that lessons are typically focused on the physical processes of coastal erosion within a very restricted narrative, avoiding considerations of social impacts. Our sessions attempted to make the issue more relevant to young people’s lives by engaging them with the effects coastal change will have on their community.

What the students did

As part of our sessions, students aged 12 to 14 years old interviewed members of their community to ask them how coastal change has affected them during their lifetime. Students then chose how they wanted to tell their interviewees’ stories, employing a range of creative methods.

These included transferring the stories into poems or photo montages that represented both the interviewee’s story and the student’s perspective, intertwining the two generations’ narratives. Many community members kindly offered their own songs, poems, photos and footage. The moving collection of stories was then turned into a film to capture these narratives of coastal change that sit at the heart of the Withernsea community.

The film records a bleak version of events and details how loss, desolation and fear has struck many students and interviewees as they have begun to engage with the impact climate change will have on their community. We intend to carry on our work with the students to explore hopeful narratives relating to climate adaptation and community resilience that also came to light within the project.

Since completing this project, we’ve noticed Withernsea’s young people are more motivated to take action. One commented “there needs to be more stuff done about climate change”, adding “I hope to be able to stay here, live here and to work around here and not have to move away”.

The next stages of our research will reflect how a separated community has come together through this journey towards climate literacy, and explore how best to put young people at the front and centre of local climate solutions.

Florence Halstead is a PhD researcher within the Energy and Environment Institute at the University of Hull. She is currently undertaking a research project using participatory methods to ascertain the perceptions and experiences of children whom have been exposed to flooding in the UK and Vietnam.

Lisa Jones is a Senior Lecturer in Education who joined the University of Hull in 2011. Her research and teaching expertise focus on educational and social inequalities, particularly those pertaining to issues of social class and socio-economic disadvantage as well as climate injustice. Lisa is also interested in participatory approaches to research. She is currently the Deputy REF lead for the Education Unit of Assessment.