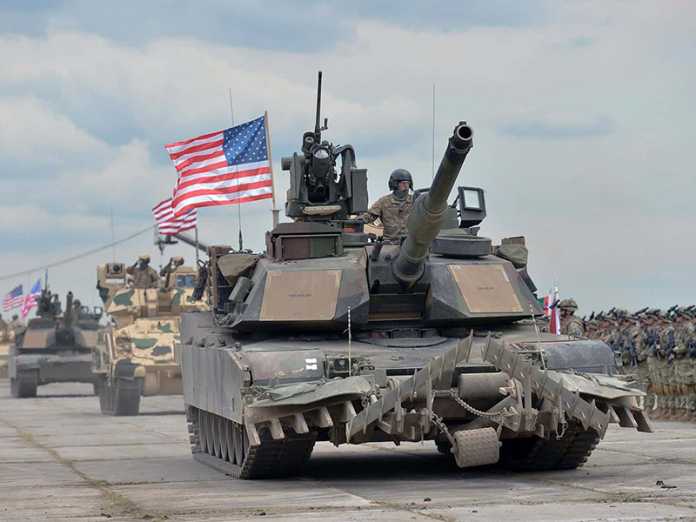 For days, international media have been promoting the 20-year anniversary of the terror attacks of September 11, 2001. That day, I was supposed to have a meeting at the World Trade Center (WTC) in the afternoon. But I was late.

In the morning, four commercial airliners were hijacked mid-flight by 19 al-Qaeda operatives. When the both 110-story Twin Towers collapsed after the hits of two planes, I ran out from my apartment on the East 44th Stree, near the UN, to donate blood in a hospital.

While rushing toward downtown, I met an acquaintance, an emergency nurse. “There will be no need for blood,” she cried softly. “There are no bodies.”

I continued walking toward Lower Manhattan, while masses of people were making their way to midtown and uptown, hoping to find a bus, a taxi, a way back home.

It was the most beautiful day with bright blue skies, split into a half by massive black smoke reaching to the skies.

As I made it to Chinatown, some of the retailers were giving sneakers to women who had lost their high-heels trying to rush away from downtown Manhattan.

Some of the people were bloodied by glass and steel. They were the lucky ones. They were alive. Yet, all had a hollow gaze. Their eyes were open, they looked at you, but they did not see you. What they had seen would haunt them for the rest of their lives. Many had white ash all over their bodies.

On the Lower East Side, a religious Hassidic Jew was praying fervently: “Yitgadal v’yitkadash sh’mei raba b’alma … Glorified and sanctified be God’s great name throughout the world.” It was Kaddish, he 13th century mourner’s prayer for the dead.

By the time I made it to what had been the Twin Towers only hours before, workers, police and the military were all over the massive crater. Everybody was trying to find life at the edge of the gaping hole into nothingness. The contrast between the hell on earth and the bright blue skies was surreal.

In his Inferno, when Dante passed through the gate of Hell, he saw the inscription: “Lasciate ogne speranza, voi ch’intrate... Abandon all hope, ye who enter here…” The black smoke floated along the beautiful skies, like a colossal, frozen, fatal tornado.

With the sunset, I eventually left that tombstone of massacred dreams and continued the long walk from Wall Street to Times Square. As the night fell over the city, I saw hardly anybody. In early September, tens of thousands of people flock to Broadway. Now all lights were out. Fighter planes roared in the skies, while military jeeps rushed across the deserted streets.

Just a matter of time

“It came out of blue,” many said at the time. I didn’t and it wasn’t. It was the net effect of half a century of neglect and ignorance, rearmament drives and refugee camps. The time bomb had been ticking for decades in the Middle East and elsewhere.

I witnessed my first terror attack in 1975, soon after I had joined the Peace Movement. A booby-trapped refrigerator was hoisted onto the sidewalk in Zion Square, the center of Jerusalem. It contained five kilograms of explosives. Two local workers were suspicious of the fridge and called the police. As they were talking on the phone, the fridge blew up in a thundering explosion. It killed 15 people and wounded 77.

There were bloody body fragments everywhere, parts of human beings. It was a prelude to the Ben Yehuda Street bombings, which had started after the partition of the Palestine and would continue for decades.

Ever since I arrived in New York City in the mid-1980s, I was one of those, who would always react to empty bags and suitcases in the subways, odd items in trash bins along the avenues and misplaced objects in the skyscrapers. Most people didn’t care. “It won’t happen here,” the security guards used to say. “Yes, it will,” I would respond. “It’s just a matter of time.”

As the net consequence, I thought that a belated awakening could result in years of Islamophobia and misguided, even unwarranted wars, which would contribute to more resentment and more revenge, and hence to new circles of Hell as death breeds death.

Since September 11, 2001, United States has spent $5.8 trillion in reaction to the 9/11 attacks, according to the Costs of War (COW) project. The sum includes the costs of spending in the U.S. war zones, homeland security efforts for counterterrorism, and interest payments on war borrowing. The largest long-term expense stems from the costs for medical care and disability payments for veterans, which is likely to exceed $2.2 trillion in federal spending over the next decades.

That translates to a total of about $8 trillion in current dollars. The losses of human lives – U.S. military and contractors – exceeds 15,000 in the major post-9/11 war zones. That’s five times the number of victims of September 11, 2001.

These are conservative estimates. In Yemen, the UN figure is more than twice as high. In Afghanistan, the real figure may be 50,000 higher, according to Uppsala Data Conflict Data Program. And there is still no international consensus on the Iraq War casualties. Moreover, millions of people have been forcibly displaced in these countries.

As a result, we are all far more insecure than ever before.

The costs of such a post-9/11 response will not end after the U.S. troops withdrawals from Afghanistan and Iraq, as long as U.S. continues to invest in war in other areas around the globe. As COW research suggests, new responses are made more likely by the network of some 800-1,000 U.S. military bases worldwide.

Perhaps, that’s the next chapter of post-9/11 wars. The one that international media will cover, but after the new tragedies, and the premature demise of the Asian Century?