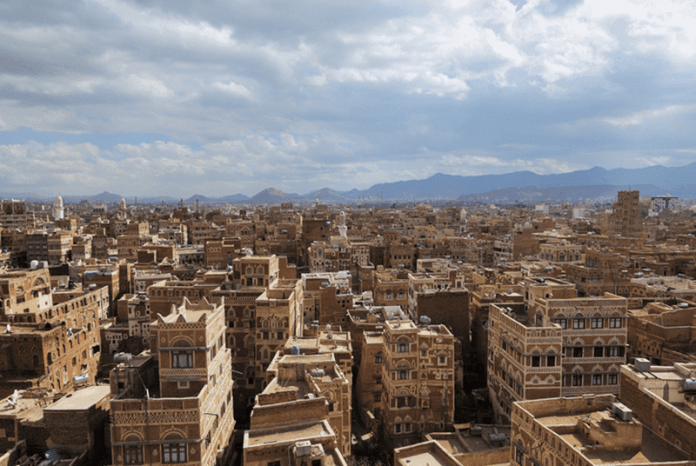 Recent statements from Iran and Saudi Arabia have provided hope that a pathway might be emerging to an end to the bitter seven-year civil war in Yemen which has killed an estimated quarter of a million people and left millions more homeless.

On September 21, officials from Saudi Arabia and Iran – the Middle East’s two biggest powers and bitterest rivals – met at Baghdad airport for the fourth round of talks aimed at improving relations. Three other rounds of direct talks took place during the administration of moderate Iranian president Hassan Rouhani. There was a short hiatus in August while the new – and deeply conservative – president, Ebrahim Raisi, took office, but in recent weeks new momentum has been found.

The talks came just a month after the Baghdad International Conference for Cooperation and Participation brought representatives from Saudi Arabia, Iran, Turkey, Egypt and others together to discuss regional security concerns. Saudi Arabia and Iran are, of course, central to regional security, but have regularly found themselves on opposing sides of regional conflicts.

While tensions between the two states have been high, in recent years there has been an acceptance among Saudi officials that Riyadh’s confrontational policy towards Iran has failed. But a great deal of work needs to be done to address not only decades of animosity but also the practicalities of ending conflict in Yemen. The semi-regular prisoner swaps will only go so far towards achieving this.

While many date the rivalry between Saudi Arabia and Iran to the establishment of the Islamic Republic of Iran in 1979, tensions can be traced far earlier – reflecting a series of issues pertaining to geography and the treatment of minority groups. But the establishment of the Islamic Republic in Iran raised the pressure. The explicitly anti-monarchical vision of Iran’s supreme leader, Ruhollah Khomeini, didn’t help matters as Saudi Arabia’s ruling al-Saud family found themselves the subject of a great deal of criticism from Iran’s clerical leadership.

In the following decades, this rivalry has begun to play out in divided societies across the Middle East such as the “proxy arenas” of Bahrain, Iraq, Lebanon, and particularly Syria and Yemen, often with devastating results. But it has been the conflict in Yemen – a bitter struggle that until now has shown no sign of abating – which is the biggest concern. In Yemen the Saudi-backed Hadi military coalition has been at war with the Houthi rebel movement which receives funding from Iran but honed its military skills over two decades of conflict with the Yemeni government.

As Yemen watchers have observed, the war is actually comprised of a number of different conflicts. Central to this is a conflict between government forces and the Houthi movement, but adding to this complexity is the presence of a secessionist movement in the south of Yemen. There is also tribal competition in the east and competition between different branches of the military along the Red Sea coast. These groups receive varying levels of support from external powers, including Saudi Arabia, Iran and the UAE. These different fault lines in the conflict have mapped onto the geography of the state, facilitating its fragmentation.

A resolution of tensions between Saudi Arabia and Iran can have a dramatic impact across the region. Yet the interplay of regional and local politics means that fighting in Yemen can hinder any regional peace agreements. Meanwhile, tensions continue thanks to the provision of funding by regional powers to local groups in pursuit of increased influence.

As a consequence, a clear mechanism to build trust – and ultimately peace – is needed to bring about an end to fighting in Yemen. This mechanism is the subject of discussions between Saudi and Iranian officials – but reports suggest that proposals have been taken to senior Houthis in Yemen.

For Saudi Arabia, any peace with Iran is dependent on a cessation of attacks on its soil from Houthi missiles. This will require Iranian guarantees that Houthi attacks on the kingdom will end. It may also require the reopening of Sana’a airport, which currently remains under blockade. In return, Iranians expect Saudi Arabia to withdraw its opposition to the nuclear deal and a resumption of diplomatic relations.

But peacebuilding is never easy. Two days after the Saudi statement about the good progress of peace talks, the interception of ballistic missiles and “bomb-laden” drones launched by the Houthis towards Saudi Arabia highlighted just how precarious things are in Yemen. So there’s still a lot of work to be done, but – seemingly for the first time since this bitter conflict flared in 2014 – there is confidence on all sides that this bloody mess can be resolved.

Simon Mabon His work falls at the intersection of Middle East Studies, International Relations and (International) Polital Theory. He is particularly interested in sovereignty and its discontents, space, and nomos, along with the empirical manifestations of these issues. He is the Director of SEPAD, the Sectarianism, Proxies and De-Sectarianization Project, funded by Carnegie Corporation, which looks at the way in which the rivalry between Saudi Arabia and Iran is shaping sectarianism and politics across the Middle East. It also explores the contestation of sectarian identities in what we have termed de-sectarianization.

Nigeria’s Twitter ban could backfire, hurting the economy and democracy