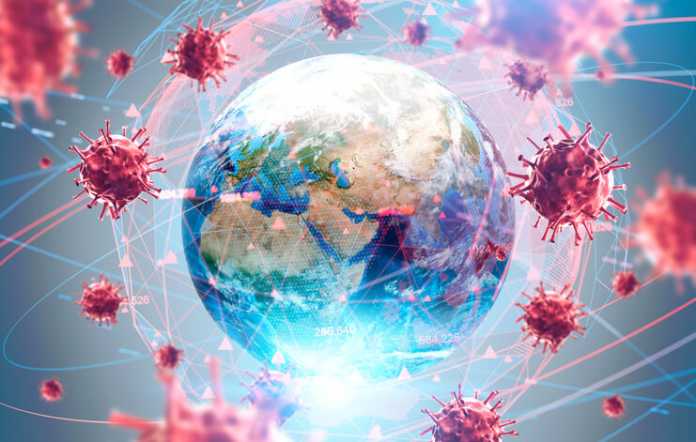 It is a little-known fact that humans have not one but two immune systems. The first, the biophysical immune system – the one we’ve all heard much about – responds to infections as they enter the body, detecting and eliminating intruders such as the coronavirus.

In a recently published study, my colleagues and I at the University of Cambridge examined the impact of the behavioural immune system on our attitudes towards obedience and authority. We found that high rates of infectious diseases – and the disease-avoidance they promote – may fundamentally shape political opinions and social institutions.

We collected data from over 250,000 people across 47 countries and looked at the relationship between the (pre-COVID) infection risk where they lived and their authoritarian attitudes – the degree to which they endorsed conformity and obedience to authority.

We were curious as to whether high risk of infection would activate the behavioural immune system in ways that promoted authoritarian beliefs. We made sure to measure authoritarianism in a politically neutral way, to avoid our results reflecting people’s religious beliefs or commitments to certain political parties.

Strikingly, the pattern of results was consistent when comparing the 47 countries as well as US states and US metropolitan regions and cities. These effects persisted even after accounting for regional demographic variables such as educational attainment, wealth and inequalities, suggesting direct and significant relationships between infectious diseases and authoritarian beliefs and behaviours.

We further discovered that the relationship between infection rates and authoritarianism was specific to infections that can be acquired from other humans, such as measles or cholera. The effect was absent for infectious diseases that can only be acquired from nonhuman species, such as rabies or Lyme disease.

These results support the idea that there is a social and behavioural mechanism connecting infection risk and authoritarianism. A high prevalence of human-to-human infections appears to lead to conformist and obedient social arrangements that potentially reduce the risk of people being infected by those who do not conform or resemble the majority. Social diseases like COVID-19 may therefore sculpt social ideologies and institutions.

How to overcome COVID’s influence

In the COVID-19 era, we have all been living with overactivated behavioural immune systems. We have changed how we socialise and relate to other people; who we allow to enter our countries; and how we calculate the balance between personal freedom and collective safety.

What does this mean for our political futures? Will the fear of COVID-19 push us towards living in more authoritarian societies? How do we restore a psychological balance – and a preference for political anti-authoritarianism – without endangering ourselves and others?

The first inevitable step is to decrease real infection risks. Without a reduction in real health risks through effective vaccination programmes and health policies, our all-too-human bodies will naturally tend towards defensiveness, conformity and an aversion to threat.

Indeed, COVID-19 has brought about a global wave of authoritarian policies that have justified the tightening of national borders and limitations of everyday rights. In our study, we found that even historical infection rates from decades earlier predict what citizens believe, who they vote for and how they are governed today. Pandemics may have long-lasting and profound ramifications for politics.

However, while our instincts to avoid infection are inbuilt – the behavioural immune system has been documented in species as varied as mice, frogs and chimpanzees – humans are endowed with magnificent mental capacities to overcome biases and flexibly adapt to change. If it is our highly evolved imagination that facilitates the behavioural immune system, then it is also our rich and compassionate imagination that can pull us out of its toxic side-effects.

Safe contact with those who we are instructed to avoid – even imaginary, intellectual or virtual contact, through film or literature or news or friends – is a powerful antidote to the xenophobia that can emerge when we fear infection. These forms of nonphysical touch can remind us of all we have in common and all we can lose if we shun contact and care.

Perhaps the way forward lies in adopting anti-authoritarian stances that champion openness, inclusion and scientific reasoning rather than mythical, ideological or conspiratorial thinking. Overcoming the COVID-19 pandemic and the contagious divisions within our politics may thus be intertwined tasks. The health of society – the collective “body politic” – requires the health and resilience of our bodies and minds. Immunity is fundamentally political.

Leor Zmigrod Her research aims to combine experimental psychology and cognitive neuroscience to study the psychological processes that underlie ideology adherence and group identity formation. What cognitive characteristics might make an individual more susceptible to internalizing a doctrine and being willing to harm and self-sacrifice for an ideological cause?

Through this research, She hopes to bring a fresh perspective to questions which have been traditionally only dealt with in the social and political sciences, and thereby to identify vulnerability factors for radicalization and ideologically-motivated behaviour.