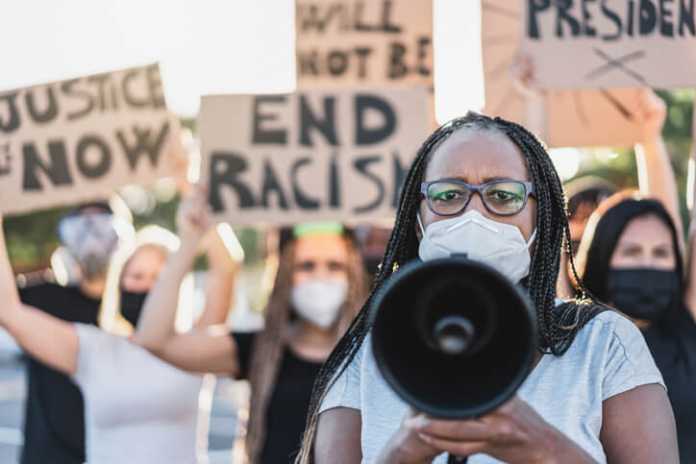 There’s a saying in cricket: “Strong Yorkshire, strong England”. It dates back to when many of the national men’s team originated from Yorkshire and the health of the county side was seen as indicative of the state of English cricket generally. Today another aspect of Yorkshire cricket is being held up as an indicator of the health of of the game – and not in a good way.

Yorkshire County Cricket Club (YCCC) has been engulfed by a racism row in recent weeks, a crisis that has been brewing since Azeem Rafiq, an all-rounder of Pakistani heritage who was captain of the England under-19 team and the youngest captain of the Yorkshire first team, alleged in 2020 there was “institutional racism” at the club.

the club into the allegations eventually reported that Rafiq had been “the victim of racial bullying and harassment”.

Yorkshire’s chair and chief executive have since resigned, and a new chair, Lord Kamlesh Patel, has been appointed with the specific brief to investigate institutional racism at the club. A legal claim by Rafiq of discrimination, harassment and victimisation has now been settled, with Patel apologising to the player.

As so often happens, distressing details of some of Rafiq’s allegations found their way into the media, stoking tensions on all sides – especially at a time when many sporting teams, including the England national men’s cricket team, are choosing to take the knee to reject racism in all sport and wider society.

Clearly racism has no place in sport – or indeed society. It’s important to understand what constitutes racism and what is and isn’t acceptable. Usually the boundaries of what is deemed acceptable behaviour are set by a dominant group or majority, which in professional cricket is white British (and quite often privately educated).

As such, the onus is often placed on the minority to accept the majority culture in order to fit in. While this alone does not equate to racism, it can pave the way for racist language and behaviour to go unchallenged and to be portrayed as “jokes” or “banter”.

It would take a particularly strong individual, especially a young player coming into a professional team, to challenge the prevailing culture and risk being ostracised from the group. Left unchallenged these jokes and this behaviour can develop to outrageous and unacceptable levels, potentially having an unknown detrimental effect on the recipient.

One of the results of this is that talented players face the already difficult challenge of achieving their potential in the game, while also consciously or subconsciously adapting to fit in. Our recently published research takes a broad look at participation in elite male cricket in England and Wales and highlights stark racial and socio-economic biases favouring privately educated white British players.

Azeem Rafiq father and family take part in a protest outside Yorkshire County Cricket Club’s Headingley Stadium in Leeds, in support of the cricketer after he spoke out about the racism and bullying he suffered over two spells at Yorkshire. #AzeemRafiq #Yorkshire #Cricket pic.twitter.com/azGNxwVmKt

While the BSA community in England and Wales represents 8% of the total population, they represent 30% of those who play recreational cricket. This number increases to over 50% in major cities such as London, Birmingham and Manchester.

Therefore, we analysed whether this representation has translated into the professional game. Essentially we asked what professional clubs’ talent spotters and development programmes are doing to capture, include and retain players from these communities?

Our findings show that all 18 first-class counties have an over-representation of BSA players on their talent pathways – equating to roughly 20% of players selected on talent pathways (under-10s to under-18s). While lower than the recreational game, we don’t believe this equates to a significant racial bias in selection.

But – and most importantly – BSA representation in professional cricket drops to just 5%. What’s worse, between 2010 and 2020, this number has declined by around 40%, and anecdotal evidence suggests that this decline has been greater from the early 2000s.

These findings do highlight significant racial biases in selection that requires immediate action to redress. Currently, we have several studies underway aimed at identifying the specific causes that lead to these results.

It’s important to note that increases in representation do not equate to the demise of racism in sport. The culture and practices implemented by professional sides must be analysed to ensure that all players feel comfortable and safe, and are provided with an experience designed to maximise their potential. If Azeem Rafiq’s case has taught us anything, it’s that even senior players (remember, Rafiq was once captain of Yorkshire CCC) are not immune from being the victims of racial harassment or bullying.

So, if cricket is to genuinely improve its levels of inclusion and truly become “a game for all” as the England and Wales Cricket Board professes, it must analyse its current practices in the professional game and action programmes designed to make meaningful change.

Thomas Brown is a PhD student at Birmingham City University investigating the decline in British South Asian cricketers playing professional cricket. As well as his PhD, Tom’s further academic accolades include a PGCE in Secondary Education and a BSc in Sports Coaching Science. Since 2017 Tom has worked as a performance coach at Warwickshire County Cricket Club coaching players on their County Age Group, Emerging Players and Academy programme. He is also positioned as the Womens First XI Assistant Coach and aided them to their first title winning campaign in 2019. Tom’s research has been the topic of much discussion in recent years with broadcasters Sky utilising his work during their BLM cricket special.