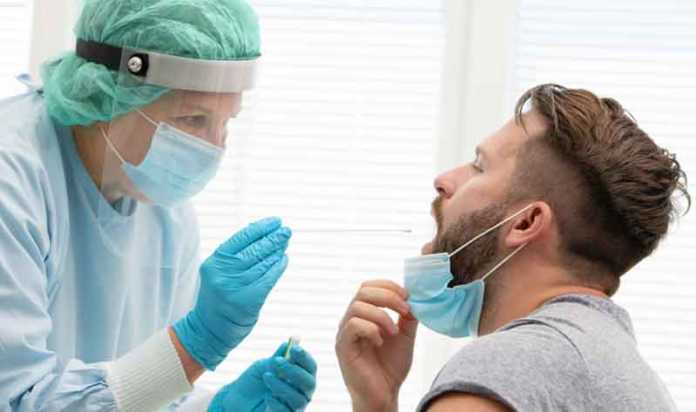 By Angela Beckett and Samuel Robson

If the pandemic had happened ten years ago, what would it have looked like? Doubtless there would have been many differences, but probably the most striking would have been the relative lack of genomic sequencing. This is where the entire genetic code – or “genome” – of the coronavirus in a testing sample is quickly read and analysed.

At the beginning of the pandemic, sequencing informed researchers that they were dealing with a virus that hadn’t been seen before. The quick deciphering of the virus’s genetic code also allowed for vaccines to be developed straight away, and partly explains why they were available in record time.

Since then, scientists have repeatedly sequenced the virus as it circulates. This allows them to monitor changes and detect variants as they emerge.

Sequencing itself is not new – what’s different today is the amount taking place. Genomes of variants are being tested around the world at an unprecedented rate, making COVID-19 one of the most highly tested outbreaks ever.

With this information we can then track how specific forms of the virus are spreading locally, nationally and internationally. It makes COVID-19 the first outbreak to be tracked in near real-time on a global scale.

This helps with controlling the virus. For example, together with PCR testing, sequencing helped reveal the emergence of the alpha variant in winter 2020. It also showed that alpha was rapidly becoming more prevalent and confirmed why, revealing that it had significant mutations associated with increased transmission. This helped inform decisions to tighten restrictions.

Sequencing has done the same for omicron, identifying its concerning mutations and confirming how quickly it’s spreading. This underlined the need for the UK to turbocharge its booster programme.

The road to mass sequencing

The importance of genomic sequencing is undeniable. But how does it work – and how has it become so common?

Well, just like people, each copy of the coronavirus has its own genome, which is around 30,000 characters long. As the virus reproduces, its genome can mutate slightly due to errors made when copying it. Over time these mutations add up, and they distinguish one variant of the virus from another. The genome of a variant of concern could contain anywhere from five to 30 mutations.

The virus’s genome is made from RNA, and each of its 30,000 characters is one of four building blocks, represented by the letters A, G, C and U. Sequencing is the process of identifying their unique order. Various technologies can be used for this, but a particularly important one in getting us to where we are is nanopore sequencing. Ten years ago this technology wasn’t available as it is today. Here’s how it works.

First the RNA is converted to DNA. Then, like a long thread of cotton being pulled through a pinhole in a sheet of fabric, the DNA is pulled through a pore in a membrane. This nanopore is a million times smaller than a pin head. As each building block of DNA passes through the nanopore, it gives off a unique signal. A sensor detects the signal changes, and a computer program decrypts this to reveal the sequence.

Amazingly, the flagship machine for doing nanopore sequencing – the MinION, released by Oxford Nanopore Technologies (ONT) in 2014 – is only the size of a stapler; other sequencing techniques (such as those developed by Illumina and Pacific BioSciences) generally require bulky equipment and a well-stocked lab. The MinION is therefore incredibly portable, allowing for sequencing to happen on the ground during a disease outbreak.

This first happened during the 2013-16 Ebola outbreak and then during the Zika epidemic of 2015-16. Pop-up labs were set up in areas lacking scientific infrastructure, enabling scientists to identify where each outbreak originated.

This experience laid the foundation for sequencing the coronavirus today. The methods honed during this time, in particular by a genomics research group called the Artic Network, have proved invaluable. They were quickly adapted for COVID-19 to become the basis on which millions of coronavirus genomes have been sequenced across the globe since 2020. Nanopore sequencing of Zika and Ebola gave us the methods to do sequencing at a never-before-seen scale today.

That said, without the much larger capacity of the benchtop machines from Illumina, Pacific Biosciences and ONT, we wouldn’t be able to capitalise on the knowledge gained through nanopore sequencing. Only with these other technologies is it possible to do sequencing at the current volume.

What next for sequencing?

With COVID-19, researchers were able to monitor the outbreak only once it had started. But the creation of rapid testing and screening programmes for other new diseases, as well as the infrastructure to conduct widespread sequencing, has now begun. These will provide an early warning system to prevent the next pandemic taking us by surprise.

For instance, in the future, surveillance programmes may be put in place to monitor wastewater to identify disease-causing microbes (known as pathogens) present in the population. Sequencing will allow researchers to identify new pathogens, allowing an early start on understanding and tracking the next outbreak before it gets out of hand.

Genome sequencing also has a role to play in the future of healthcare and medicine. It has the potential to diagnose rare genetic disorders, inform personalised medicine, and monitor the ever-increasing threat of drug resistance.

Five to ten years ago, scientists were only just beginning to trial sequencing technology on smaller viral outbreaks. The effects of the past two years have resulted in a huge increase in the use of sequencing to track the spread of disease. This was made possible by technology, skills and infrastructure that have developed over time.

COVID-19 has caused untold damage worldwide and affected the lives of millions, and we’re yet to see its full impact. But recent advances – particularly in the field of sequencing – have no doubt improved the situation beyond where we’d otherwise be.

This article was originally published in The Conversation on 2 January 2022. It can be accessed here: https://theconversation.com/how-covid-19-transformed-genomics-and-changed-the-handling-of-disease-outbreaks-forever-173299

Angela Beckett is a Specialist Research Technician at the University of Portsmouth, with an MSc in Medical Microbiology and a background in infectious disease and high containment. She helped to establish and maintain the South Coast COVID-19 Genomics UK Consortium (COG-UK) sequencing hub, for SARS-CoV-2 sequencing and is involved in a range of projects

Samuel Robson is a Reader in Genomics and Bioinformatics at the University of Portsmouth. Since 2020, he has led the south coast sequencing hub for the COVID-19 Genomics UK (COG-UK) Consortium. This is a network of research institutes, public health agencies and NHS Trusts, working together to understand the spread of the virus across the UK. Through the use of whole genome sequencing of virus samples, they are able to further understand how the virus spreads, identify direct transmission chains in hospitals and other settings, and identify potential variants of concern.