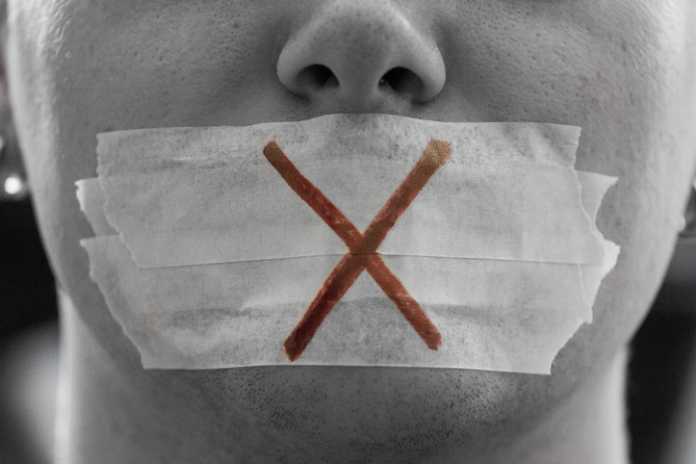 Hundreds of journalists killed or arrested, rising numbers of female media workers targeted, floods of misinformation and hate speech and ineffectual or hostile governments unable or unwilling to protect the public’s right to know. The 2021 press freedom index released recently by Reporters Without Borders (RSF) makes for grim reading.

The report reveals that 488 journalists were detained in 2021 – an increase of 20% compared to the previous year – while a total of 46 were killed and 65 held hostage. Of those detained, 60 were women (33% higher than 2020). As you might expect, it tends to be autocratic regimes with dismal records for freedom of speech and human rights which crop up once again as the worst offenders.

The latest report notes an upturn in repression against journalists in Belarus – where opposition politicians and commentators have been targeted in the government crackdown since the August 2020 election – as well in Myanmar, where the military coup of February has been followed by a crackdown on free expression. In China, where the Communist party continues to tighten its grip, and Hong Kong, where the Beijing-backed regime is using the draconian national security law to punish dissidents, it gets ever more perilous to oppose the increasingly authoritarian regime of Xi Jinping.

These findings linking authoritarian governments to human rights abuses are not surprising given the tendency of such governments to use local and global crises – such a COVID at present – to clamp down on press freedom under the guise of national interest and security.

Journalists are facing increasing threats for doing their jobs – whether that is physical intimidation, hate speech directed against them or online trolling. Some European countries have used the law to prevent the dissemination of information that political actors see as threatening their hold on power and legitimacy. We’ve seen that in Spain, for example, where parties on both sides of politics have gone out of their way to stigmatise the media and hamper the free flow of information, even banning some journalists from press conferences.

Such practices, which include interference in the daily work of media outlets, as well as implicit and explicit threats to journalists doing their job, are well documented in the 2021 report by the One Free Press Coalition which mapped such acts in a variety of European countries since 2014. Elsewhere, including in Iran, Syria, Mexico, Sudan and Guatemala, intimidation is creating a climate of fear among media professionals. This prevents the free circulation of information, opinions and ideas. It also allows for the wider circulation of fake news and misinformation.

What is of concern is the risk that such acts of intimidation against journalists and the media can become normalised – even in western democracies.

In response to the alarming rise in attacks against journalists worldwide, the United Nations designated November 2 each year as the International Day to End Impunity for Crimes Against Journalists. The designation is symbolic – but a serious engagement with ending impunity for crimes against journalists can form the basis for a legal framework that can guarantee freedom of expression and access to information and ensure journalists carry out their jobs.

Throughout history, people practising journalism have faced intimidation and attacks for a variety of reasons, whether it is governments worried about exposure or partisan and private interests worried about their profits. But what the increasing number of attacks suggests is that journalism is becoming more and more a contested domain and space for struggle over information, ideology and politics.

These attacks violate human rights: both of journalists and the societies they serve which are being deprived of their right to information – something that should be at the heart of all free public debate and the democratic process. They underscore the need for adequate legal protection for journalists that goes beyond rights to communicate and free speech recognised in particularly in Article 19 of the Universal Declaration of Human Rights.

Article 19 recognises everyone’s right to freedom of opinion and expression and provides the basis for the function of journalism, conducted by individuals, to be protected – independently of broader institutional press or media rights. In international law, freedom to express opinions and ideas is considered essential at both an individual level, insofar as it contributes to the full development of a person, and also as a foundation stone of democratic society.

International human rights law requires states to respect and protect the lives of all within their jurisdiction from attacks and threats of attacks and to provide an effective remedy where this has not been the case. But so far there is no international framework dedicated to the protection of journalists from physical attack or ending impunity for crimes against journalists. If journalists are deliberately targeted and threatened while those who attack them go unpunished, the media cannot be free and democracy will continue to be threatened.

This article was originally published in The Conversation on 23 December 2021. It can be accessed here: https://supchina.com/2021/11/23/chinese-tech-philanthropy-in-the-age-of-common-prosperity/