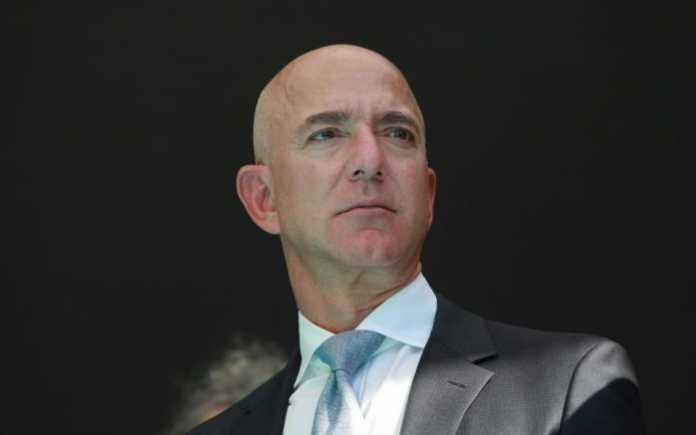 Jeff Bezos is on a mission to conquer ageing. He has just recruited Hal Barron from GlaxoSmithKline to help lead Altos Labs, the ambitious new anti-ageing company with billions of investment. So what does science really say about this? Could we beat ageing?

Ageing isn’t just a change in how we feel or look, ageing happens at a cellular level. In a lab culture dish, adult skin cells divide roughly 50 times before stopping. But skin cells from a newborn baby can divide 80 or 90 times. And on the flip side, cells from someone elderly divide only around twenty times.

Ageing is also evident in our genes. Our genetic material is modified over time – chemicals can be attached that change which genes are switched on or off. These are called epigenetic changes, and they build up as we age. Another kind of change takes place at the ends of our cell’s DNA. Repeating segments of DNA called telomeres act like the plastic tip of a shoelace, preventing the twisted coils of genetic material from fraying at the ends or knotting together. But these telomeres shorten each time a cell divides. We don’t know if short telomeres are merely a mark of ageing, like grey hair, or are part of the process by which cells age. 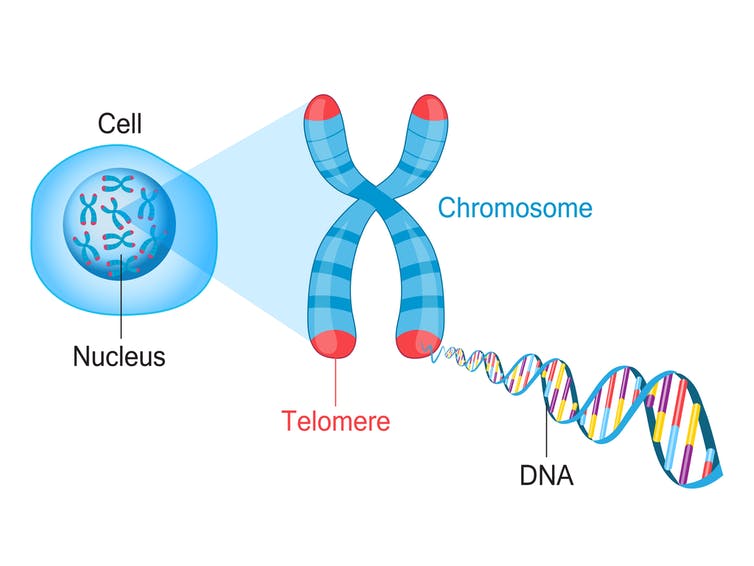 To keep alive and keep dividing, immune cells stop their telomeres shortening when they multiply, as do cancer cells. This is probably a contributing factor in their apparent immortality. Drugs that stop telomerase from working also show promise against cancer (although cancer cells can evolve resistance).

Given that ageing has such a profound effect on our cells and genes – the effects mentioned here being just some examples – a much bigger question emerges: why does this happen? Why do we age?

It was once thought that ageing happened for the continuing evolution of species. In other words, the evolution of a species requires a turnover of individuals. However, one problem with this idea is that most life on Earth doesn’t ever reach old age. Most animals are killed by predators, disease, the climate or starvation. So an inbuilt limit on an animal’s lifespan may not be important to evolution.

Another view is that ageing is simply a side-effect of the damage that builds up over time caused by metabolism or exposure to ultraviolet light from the Sun. We do know that genes are damaged as we age, but it is not proven that this drives ageing directly. Another possibility is that ageing might have evolved as a defence against cancer. Since cells accumulate genetic damage over time, they may have evolved a process to not persist in the body for too long, in case this damage eventually causes a cell to turn cancerous.

As we age, some of the body’s cells enter a state called senescence, in which a cell stays alive but stops dividing. Senescent cells accumulate in the body over a lifetime – especially in the skin, liver, lung and spleen – and have both beneficial and detrimental effects.

They are beneficial because they secrete chemicals that help repair damaged tissue, but over a long period of time, as senescent cells increase in number, they can disrupt the normal structure of organs and tissues. These cells could be an underlying cause of many of the problems we associate with ageing. Mice in which senescent cells were cleared were profoundly delayed in showing signs of ageing.

We can describe a lot of what happens during ageing at the level of what physically happens to our genes, cells and organs. But the fundamental question of why we age is still open. In all likelihood, there is more than one correct answer.

Of course, nobody knows whether Bezos’s company can succeed in helping extend the human lifespan. But what is clear is that by studying ageing, exciting new discoveries are bound to emerge. Never listen to anyone who says the big questions have already been answered. As I’ve recently detailed in a book about new technology and the human body, The Secret Body, I’m confident that dramatic breakthroughs will profoundly change the experience of being human in the coming century.

This article was originally published in The Conversation on 21 January 2022. It can be accessed here: https://theconversation.com/jeff-bezos-is-looking-to-defy-death-this-is-what-we-know-about-the-science-of-ageing-175379

Daniel M Davis is a Professor of Immunology at the University of Manchester, UK, and his most recent book is ‘The Secret Body’ (Penguin Random House). He helped pioneer the use of microscopy to show how immune cells communicate with each other and detect disease in other cells. He co-discovered the Natural Killer cell immune synapse and membrane nanotubes. He is also the author of ‘The Compatibility Gene’ and ‘The Beautiful Cure’, which was a Book of The Year in the Times, The Telegraph and New Scientist and has been translated into over 15 languages.