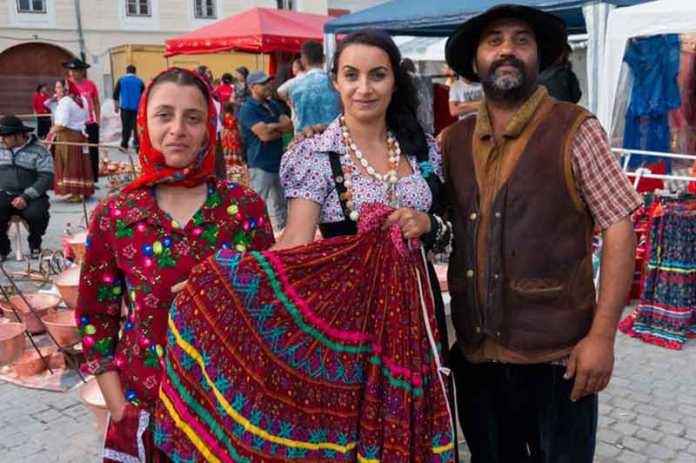 Throughout Europe – from Italy to Hungary – Romani children are overrepresented in institutional care. This is particularly acute in eastern Europe. As many as four in five children in the care institutions of some countries are of Roma origin. In Bulgaria, while the Roma comprise less than 10% of the population, they account for more than 60% of the children’s home population. In Slovakia, that number rises to 80%.

The situation in the UK isn’t much better. Social work experts estimate that between 2009 and 2015, there has been an increase of 733% in the number of Roma children in foster care. A recent analysis of the UK government’s own data from 2020 confirms that Gypsy, Roma and Traveller children are over-represented in child welfare services in England.

My research shows that Roma communities across Europe are routinely denied access to essential services but are instead subjected to oppressive state intervention. Senior public servants I have interviewed in Slovakia and the Czech Republic alike have expressed explicitly prejudiced views.

Those interviewees held that all Roma share predictable beliefs, values and behaviours and are prone to violence, negligence, laziness, addiction and illiteracy. They see the abject poverty experienced by many Roma families as an active choice or a cultural norm rather than the result of centuries of oppression and ongoing discrimination.

Across Europe, many Roma families have little or no access to social support. Preventative measures are scarce or non-existent. According to a 2011 report by the European Roma Rights Centre, poverty is often cited as the reason for children being removed. And removal is often the first, rather than the last recourse.

The report cites the harrowing case of one Hungarian Romani family. When their home was damaged in a storm, instead of receiving financial help to make the necessary repairs, the family’s newborn baby was placed in foster care.

In the media, these communities are frequently portrayed as uneducated, culturally backward and lazy, predisposed to criminality and to exploiting benefits. In Poland, headlines talk of Gypsies attacking people, of Roma being not poor but liars and thieves.

I have found that, despite not knowing very much about Roma culture, public authorities treat the coping strategies of the most at-risk families as problematic and abnormal, under assumptions that equate Roma culture and poverty with harmful behaviour. In Slovakia, charity workers told me that the authorities view marginalised Roma communities as a threat to mainstream society.

For a study of Romanian Roma migrants in Poland in 2013, I conducted interviews with social workers who insisted that removing Roma children is necessary and justifiable, citing nomadic lifestyles as a reason. As the manager of one social-work team in Wroclaw told me:

The parents come and go, they don’t want to work, or send their children to school, it is not possible to work with them, they lie; but worst of all they force children to beg.

In Britain, there are legal prohibitions on child removals on the grounds of poverty or deprivation. However, research has found that Gypsy and Traveller children are often placed in care following official “concern” and amid disputes over accommodation, school attendance and employment-related practices.

The British historian, Becky Taylor, underlines that this oppression has a long history. From their arrival in Britain in the 16th century, Gypsies were actively prosecuted for their costumes and nomadic way of life, which was deemed a threat to British society. The 1530 Egyptian Act aimed to end the “naughty, idle and ungodly life and company” of Gypsies by either forcing them to assimilate or face exile and death. The 1824 Vagrancy Act further criminalised the nomadic Gypsy lifestyle, equating it with harmful behaviour and risk.

Stereotypical views held by care professionals still lead to discrimination. Of the 137 child-protection professionals surveyed in a 2018 study in England, half believed that Gypsy, Roma and Traveller children were more at risk of significant harm than any other child. They cite parental neglect rather than poverty as reasons for the commencement of child proceedings.

Recent Roma arrivals to the UK have similarly suffered from being labelled as as hard to reach, hard to engage, or uncooperative by social services. Dada Felja, from the Law for Life charity, which supports Roma parents, says that this mistrust stems from the discrimination and racism they have long experienced at the hands of public officials.

Within the assessment and referral process, language barriers, cultural differences in family structure and child-rearing practices, acculturative stress (the stressors associated with being an immigrant or ethnic minority and adapting to the local culture) and isolation are rarely considered.

Research has shown that social workers often do not properly assess Roma children and their families, because they feel ill-equipped or unable to do so. Assessments are crucial to understanding the child’s experience and what support the family might need. They also help to ascertain whether alternative carers could be found within the extended family. Failing to undertake such assessments is a clear indicator of discrimination and structural inequality.

This article was originally published in the Conversation on 27 January 2022. It can be accessed here: https://theconversation.com/social-care-how-gypsy-roma-and-traveller-children-face-discrimination-across-europe-and-the-uk-170312